Natalie Bennett discusses the importance of having a 'good' financial sector, not just a 'big' one. She points out that competition usually means someone loses, and instead suggests that a strong, secure financial sector means that everyone wins. 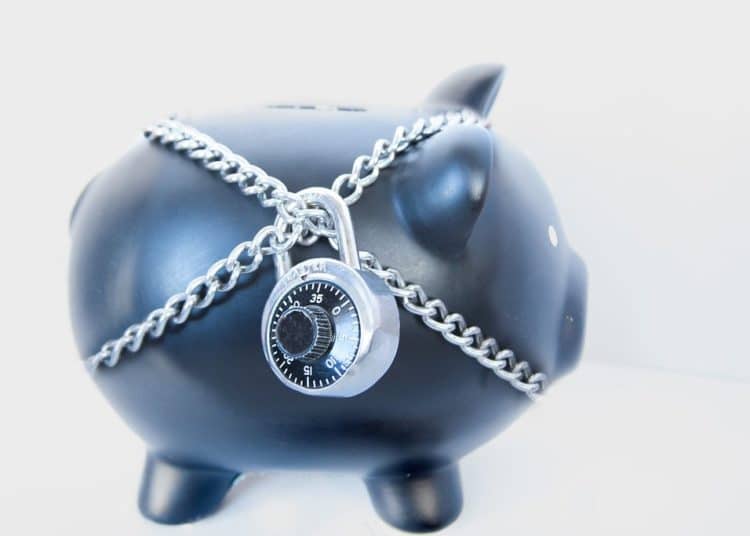 "Financial Security" by perspec_photo88 is licensed under CC BY-SA 2.0

In his now infamous Mansion House speech in 2006, not long before the global financial crash and the day the cash machines very nearly stopped working, Gordon Brown celebrated the size of the UK financial and business services sector: “a larger share of our economy than they are in any other major economy”. The then-chancellor spoke proudly of “light touch regulation, a competitive tax environment and flexibility”.

It’s worth going back to that speech, and thinking about where that approach got us in 2007–2008, because as the House of Lords debates the financial services bill, designed to replace the European Union regulations that we previously operated under, we’re hearing much of the same language again.

Conservative Lord Blackwell, former chair of the Lloyds Banking Group, led the charge yesterday on a group of amendments described to me by experts as “deeply dangerous”, calling for competitiveness to be a key objective of variously the Financial Conduct Authority, the Prudential Regulation Authority and the Bank of England.

Lord Blackwell spoke of the regulators being directed to have an “explicit concern to pursue the simplification and streamlining” of regulations, and “a more efficient regulatory approach that improves our international competitiveness”. Lord Hodgson of Astley Abbotts said, disapprovingly, “Regulators are, by their very nature, risk averse”.

The echoes of 2006 are clear. But it is crucial that the lessons are not forgotten, particularly because a full debate about the reasons for that failure, and the massive problems caused by the financial sector in 2007/08, was not something either of our two largest political parties have wanted to bring into the political arena. One had presided over the debacle, the other cheered it on.

So now, the financial services bill is an important opportunity to raise that debate. To acknowledge that we want a ‘good’ financial sector, in the UK and around the world, not a ‘big’ financial sector that’s leading in a race to the bottom on regulation and taxes that eventually crashes us all at the bottom of an enormous hole. And it is an opportunity to try – against the best efforts of the government – to build in laws to strengthen the rules, which are so clearly urgently needed, as we debated yesterday about the endless scandals in consumer and small business banking and insurance.

Competition implies people winning and losing, trying to beat down others to push ahead, taking risks and cutting corners. If we have a decent financial sector with good standards in every country across the globe, everyone wins. If we treat this as a zero-sum game, we lose and the world loses.

Competitiveness has been, and continues to be in the calls of many, downgrading. That includes relaxing capital requirements for financial institutions; reducing enforcement of criminal behaviour by financial actors, creating tax loopholes for billionaires or multinational corporations; and having weak competition policy that allows a small number of firms to dominate the markets and exploit British consumers, workers and taxpayers. This all reflects the model of free ports that the government seems so keen on.

The winners in this race are billionaires and giant multinational companies – and, to a lesser degree, the few who serve them as accountants, lawyers, financiers and ‘consultants’. This kind of competitiveness is fundamentally anti-democratic and profoundly destabilising in its contributions to inequality. Trickle-down economics has long been discredited; financial services that concentrate money in the hands of the few only harm the rest of us.

There is also an important regional aspect to this inequality. A competitive financial system will benefit wealthy parts of London while harming Britain’s struggling regions. A better, upgraded financial system, spread out around the country, with local banks meeting local needs securely and safely, would be a significant improvement indeed.

The pursuit of competitiveness means that costs are spread across the majority of the UK population, with lost tax revenues and financial crises, while the benefits are realised in corporate headquarters mostly in the wealthy parts of London, overseas and, very often, in offshore tax havens. No strategy that seeks to level up the regions based on a “competitiveness of the financial sector” agenda can possibly succeed.

A large body of cross-country evidence from such radical organisations as the IMF, shows that there is an optimal size for a country’s financial sector, where it provides the services that an economy and population need. Expansion beyond this size causes damage, increases inequality, boosts criminal behaviour and creates many other ills.

We need a safe, balanced financial sector that does not suck in skills, resources and capital, taking them away from the businesses that need our essential – and currently often badly served – needs, whether food security or construction, public transport or care. Britain suffers from a ‘finance curse’, as important research from the Sheffield Political Economic Research Institute demonstrates

We are not Tudor buccaneers, whatever some members of our governing party might think. We live in an unstable, insecure world buffeted by environmental, economic and social shocks. We need solid foundations, not rickety skyscrapers of financial engineering.