Vaccine nationalism plays straight into the hands of this footloose-and-fancy-free virus. A virus that does not respect borders and will happily mutate to survive. A global pandemic is just that – global. And if you want to stop it, the only way is to make sure globally the vaccine is available to all. 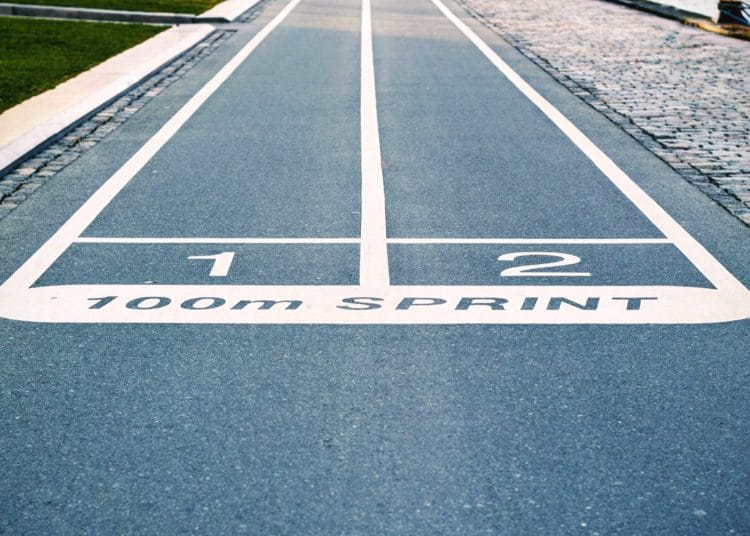 Photo by Tim Gouw on Unsplash

The brouhaha over the vaccine supply for the EU shows just how much this pandemic is bringing out the worst in countries and not the best. A safe and reliable vaccine is the Holy Grail to getting on top of the pandemic, and for countries to get back to some semblance of normality – and reassurance for the future.

Any disruption to supply has ramifications for a country’s wellbeing and ability to get its economy back on its feet. So the issue about AstraZeneca supply – and the subsequent fall out – is hardly surprising. Obtaining enough supply has opened up a wild west scenario, whereby prospectors are rushing to the promised land of access to a safe and limitless quick supply of vaccine.

This led last Friday to the EU threatening to stop vaccines from leaving the bloc, in response to AstraZeneca’s announcement that it would supply 75 million fewer doses than originally promised (the pharmaceutical giant had promised the bloc 100 million doses by the end of March). Invoking Clause 16 of the Northern Ireland protocol, the EU suggested they could stop vaccines entering the UK from the EU. This article was agreed in the original withdrawal agreement and gives both sides the power to unilaterally introduce checks on goods, if not doing so could result in “serious economic, societal or environmental difficulties”.

Condemnation from all sides followed and the European Commission was swift to rescind its demand over the weekend. But this latest ruckus has exposed a number of things, in particular the continuing political tensions underlying the Northern Ireland border post Brexit and all things unpalatable about trade.

It has given the DUP an opportunity to raise their concerns, yet again, about the protocol. Speaking on the BBC’s Sunday Politics show Nigel Dodds, DUP deputy leader, said, “The government now needs to look at what it can do to alleviate the problems between Great Britain and Northern Ireland that get rid of some of the insidious effects of this wretched protocol”. First Minister Arlene Foster has gone further, calling on Johnson to bin the protocol altogether according to the Belfast Telegraph.

This is all adding to the political tensions now emerging in Northern Ireland. Inspections at Larne and Belfast ports were suspended on Monday over concerns for port workers’ safety, after an upsurge in what the Belfast Telegraph reported as “sinister and menacing behaviour”. Anti-DUP graffiti has appeared in the last few days on the Crimea Street off the Shankill Road in Belfast, as well as graffiti describing customs agents as “targets” and saying “RIP GFA” (the Good Friday Agreement).

It’s also a wake-up call that the grace period – the time allowed for Northern Ireland businesses and their suppliers in the rest of the UK to adapt – is soon to end. From 1 April, the EU’s usual rules on customs and product standards will be fully enforced on things like food products. According to the BBC, supermarkets have already warned that the system will become unworkable if the grace period expires without a long-term solution.

In other words, what we saw play out over the weekend has as much to do with Brexit as it does with vaccine shortages. It’s just that vaccines are the gold everyone is trying to mine at the moment – but beyond the pandemic, there will be other goods and services that tests the withdrawal arrangements from the European Union.

Borders will always be history’s scars and there is a very deep and sensitive scar around the border in Northern Ireland that does not need reopening.

In the meantime, invoking what amounts to an export ban, as the EU was trying to do, was not a smart move. The alarm the threat has caused among vaccine makers was expressed in Sunday’s Observer. “Alongside the scaling up of capacity, companies without Covid-19 vaccines are lending their own manufacturing capacity and expertise to produce even more doses”, wrote Richard Torbett, head of the UK’s Association of the British Pharmaceutical Industry, and Nathalie Moll, head of the European Federation of Pharmaceutical Industries and Associations. “Export bans undermine this collaborative effort. Companies are working as fast as they can to protect everyone. Export restrictions do no one any good and we urge governments to avoid them.”

Neither does the UK earn bragging rights over what appears to be its stockpiling of the vaccine. It is unedifying and indeed, the more vaccine doses we have in the UK, the stronger the reason to give some to the EU. Ministers, aware of the need to move on from the events of the weekend, have been keen to reassure other nations that we are a caring, sharing nation. Even Liz Truss has waded in to smooth the waters saying, “It won’t help Britain if we become a vaccinated island and many other countries don’t have the vaccine”. Although she did qualify this by saying not until the UK is vaccinated first.

This latest row will die down. There are other more pressing concerns, not least of all in the UK where despite our success rate at giving people their first dose of the vaccine, our success at death – covid death – is quite simply world beating. Sunday’s headlines crowing about our great British vaccine victory will be tomorrow’s chip paper, as we get back to the deadly business of providing enough hospital beds for the sick and dying, and try to halt the spread of this disease.

Vaccine nationalism plays straight into the hands of this footloose-and-fancy-free virus. A virus that does not respect borders and will happily mutate to survive. A global pandemic is just that – global. And if you want to stop it, the only way is to make sure globally the vaccine is available to all.

What we don’t need is the back slapping, congratulatory little Englander rhetoric that is swirling around over the recent EU climb-down. This is not the time or the place for that. If Johnson was serious about getting the country back on its feet, he should be doing everything to work with others across the world. It is a race, but it’s not a race against other countries – it’s a race against this virus. And we can only beat it if we work together, not against each other.

Update: Since this article was written, we have learned of the death of Captain Sir Tom Moore, who sadly died today at the age of 100, after testing positive for the coronavirus. We extend our heart-felt sympathy to his family. Captain Tom was one of Yorkshire’s finest. May he rest in peace.