There is a growing rebellion in Tory ranks against the latest lockdown measures, where MPs are speaking out against the new rules. 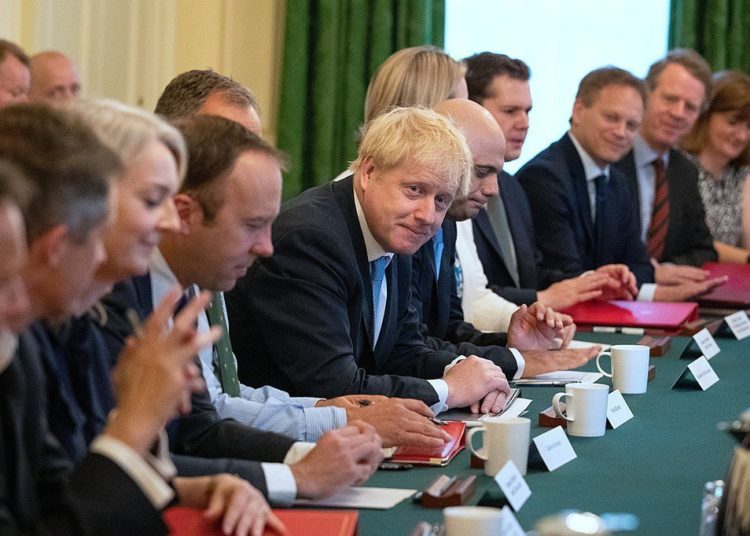 How long can the prime minister’s senior adviser cling on?

There is a growing rebellion in Tory ranks against the latest lockdown measures, with leading Tories including Sir Desmond Swayne and Iain Duncan Smith in the vanguard. Even the chair and vice-chair of the powerful backbench 1922 committee, Sir Graham Brady and Charles Walker, have spoken against the new rules which are set to come in on Thursday.

Steve Baker, chair of the ERG, at the weekend described some of the lockdown restrictions as “absurd, dystopian and tyrannical”.

Tim Montgomerie, founder of the blogsite ‘Conservative Home’ and very close to senior Tories, tweeted on Saturday evening about a minister’s anger at the leaking of the lockdown plans last week:

Note his respondent wasn’t just an MP but a cabinet minister and he or she was simply confirming what we all know. Johnson doesn’t run the government, Dominic Cummings does.

A minute earlier, Times columnist and Times Radio host Matt Chorley tweeted what he claims are the words of an unnamed “Conservative minister” – possibly the same one who had just come off the phone to Tim Montgomerie, but maybe not:

? Conservative minister: “The incompetence is another level. Is this a deliberate destruction of the Tory Party? People only vote for us because they think we don’t care, but are competent. Lose the competence and we’re fucked. We’ve lost the competence. And we are fucked.”

The anonymous minister is right, the incompetence is on another level – world beating would be one way to describe it. But this cannot have taken anyone by surprise. They, and the party members who inflicted Johnson on the country, knew he was incompetent, manically disorganised and totally untrustworthy when he became leader.

So, one wonders who the rebels’ anger is really directed at? If Cummings is running Downing Street then it must surely be him.

The PM’s senior adviser has hardly covered himself in glory during his spell in Downing Street. It’s a sorry tale of policy reversals and missteps interspersed with complete failures, all the while antagonising everyone around him and making his boss look even more of an idiot than he is normally. A record that would have most people nervously scouring the classified job ads, the ones beginning ‘smart youth wanted’. Yet the PM thinks he’s indispensable.

Even Johnson must eventually begin to question why he has to face the cameras and the antipathy of the assembled hacks, while the man actually ‘running’ the shambles, escapes it all.

At the moment, a rising tide of unhappiness is lapping at the famous black door and now the cabinet of supine, second-rate mediocrities that Cummings and Gove helped to select seems to be turning mutinous.

I assume Tory MPs hoped Johnson would recruit competent people and become the optimistic boosterman for Brexit and the driver of a coherent levelling-up agenda. Instead he appointed a “career psychopath” as his senior adviser plus the slippery Gove who increasingly looks like he is trying to reprise Tom Courtenay’s role in Billy Liar, Keith Waterhouse’s 1960s film about another compulsive teller of untruths. Although Gove would of course play it as if Billy Fisher was doing impressions of Dr Pangloss.

It’s not as if Cummings is popular in the parliamentary party anyway. A whole list of senior Tory MPs – including select committee chairs – have already called for him to go. His Barnard Castle escapade burned through a lot of political good will and if anyone should be concerned about a rebellion by Tory MPs, it’s Cummings. The current unrest is driving a wedge between him and Johnson.

During the recent Tory virtual conference, MP Peter Bone made the point that the party is “100 percent behind Boris” but he was highly critical of the prime minister’s “reliance on his senior adviser”. Johnson’s problems had one simple answer, “which is Dominic Cummings,” according to Mr Bone.

“I think a lot of these decisions are being taken by unelected special advisers behind closed doors and they like making laws without parliamentary scrutiny and don’t have any regard for it. I think that is where the problem lies”.

Occasionally, defending unpopular but well-thought-out policies is part and parcel of an MP’s existence. That is one thing. But constantly arguing that some obvious incompetence is in fact both brilliant and necessary must get a bit wearing. More so when the case for the defence is torn to shreds by Starmer, and when sheer pressure forces an embarrassing U-turn and you are left eating your own words.

Consistency of course has never worried the prime minister. He can argue against something for which he was the leading advocate the previous day with barely a falter. Unfortunately, not all of his MPs are quite so dexterous or devious – although some are.

It now looks certain that Labour will support the new lockdown measures and they will be approved, but with many Tory MPs voting against or abstaining. This will further isolate the PM and Cummings from the parliamentary party. Faith in Cummings, never very solid in some quarters, is starting to wear thin and the day when Johnson is forced to jettison his senior adviser in order to save himself is getting closer.

HL Mencken once said that democracy is the art and science of running the circus from the monkey-cage. He must have had Johnson, Gove and Cummings in mind at the time.