In a surprise election result, Sharon Graham has become the first woman to lead Unite the Union. She takes over from Len McCluskey. 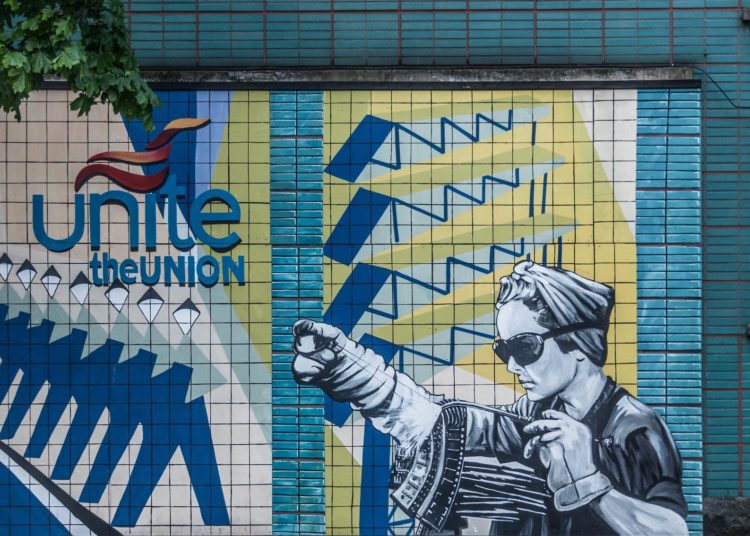 Transport House by Informatique is licensed under CC BY-SA 2.0

The election of Unite the Union’s new general secretary is news that seems to have passed most people by – which is surprising, given the implications it has for the future of the Labour Party. As it turned out, the election sprung a surprise winner – Sharon Graham – who becomes the first woman to lead the union.

Sharon Graham reached the top the hard way, leaving school at 16 to become a waitress and organising her first walk out over pay at just 17. Since then Graham, who is now 51, has worked her way through the ranks at Unite, including time spent leading its organising unit to recruit members and develop campaigns.

Graham beat Steve Turner and Gerard Coyne to the top job. Turner was tipped as the front-runner and seen as the natural replacement to Len McCluskey, the retiring general secretary. Coyne was viewed as the moderate candidate and supported by many Keir Starmer backers.

Turnout was just 12 percent but Graham won comfortably. She takes over from Len McCluskey today. McCluskey was an increasingly controversial character who wasn’t afraid to dabble into the affairs of Labour, with high profile and personal interventions into the last two Labour leadership campaigns.

Labour and Unite the Union

This matters. Unite is the second largest union in the country with 1.4 million members. It has been Labour’s single biggest donor. Recently, relationships have soured to the extent that the executive of Unite voted to reduce donations to Labour by just under a million pounds. A loss of a million pounds to a cash-strapped party is significant.

But this election brings to an end the McCluskey era and an increasingly hostile relationship between the union and Keir Starmer, who was viewed by McCluskey as too right wing.

This may be welcome news, but Graham has warned that there will be no “no blank cheque” for Labour, and that this in no way means a return to the level of funding that the Labour Party has had in recent years.

According to The Times this could still unsettle Starmer’s leadership. The paper reports that during her campaign, Graham threatened to withdraw funding from Labour and criticised Starmer’s record as leader. “Keir Starmer has failed workers and needs to step up to the plate”, she said. Her campaign slogan was “It’s Westminster versus the workplace” and a manifesto that said, “We have tried our political project within Labour – it has failed”.

The Guardian’s take on this is that the relationship between Unite and Labour will be calmer but more distant. The paper quoted one senior Labour Party figure, who knows her well, as predicting “a return to the days of Ron Todd” – a respected and formidable leader of the union in the 1980s and 1990s.

McCluskey publicly backed Unite’s assistant general secretary Steve Turner. The Guardian reported a Labour Party source as saying, “At least the Len psychodrama is over. We may see more industrial agitation from her, but less political undermining of Keir. So she may produce a different type of challenge for him”.

So what now for Labour?

The New Statesman said, “Her victory means figures on all sides of the Labour Party have something to be pleased about”. There is a sense that relationships between both can only now improve.

One thing that’s certain is that she won’t be directly involving herself or the union in the same way McCluskey did. The real question now is whether or not that leads to giving less money to the Labour Party.

Financially, Labour is going through a challenging time. It was recently reported that Labour is axing 90 jobs from its staff base in an attempt to shore up its dire financial situation – caused by having to settle costly legal cases and fighting three general elections in close succession. But there is also cause for optimism, with the prospect of wealthy individuals who’d previously backed the party being prepared to donate once again, now that Corbyn is no longer leader.

Money is one thing, but the organising heft of Unite (and Unison) should not be underestimated, especially in a general election. Union officials often roll up their sleeves to help campaigns on the ground, supporting the leafleting efforts, phone banks, and foot soldiers that form Labour’s ground war during an election. The wealth of their organising experience and local knowledge on the ground can be invaluable. And Unite also has a track record of involving themselves in the selection of parliamentary candidates – something that has given them a not insignificant influence in the Parliamentary Labour Party (PLP).

What the future holds for both Unite and the Labour Party is going to be very interesting. Whether Labour have a sniff at winning the next general election is up for debate. To try to do that without the support – financially and organisationally – of Unite makes it much harder. But it is early days and we may yet see a new relationship being forged that benefits both without the uncompromising, and to some damaging, stance that McCluskey took.