Finally, in the last few weeks the government has got round to deciding that it really should do something about trying to control borders properly and has announced a system of enforced quarantine at hotels close to airports. Only to quietly decide that this only applied to a small number of countries where there is a dangerous outbreak. 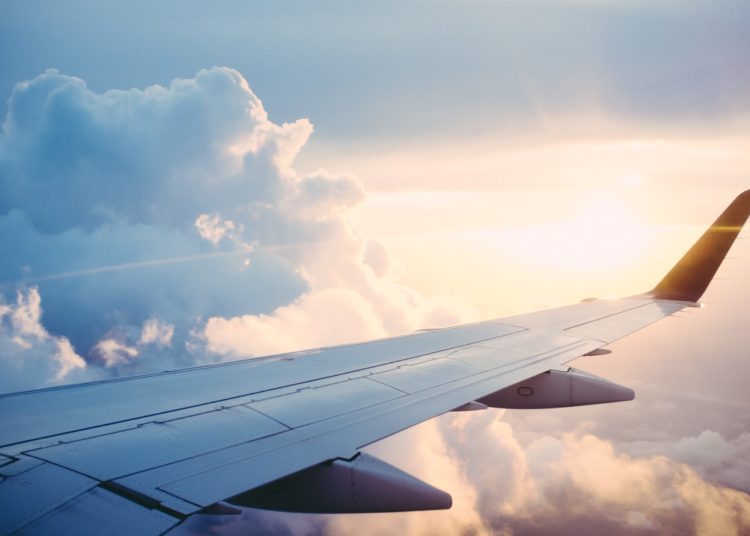 Photo by Ross Parmly on Unsplash

We’ve heard a lot in recent years about British sovereignty and regularly been told that we must have strong control over our borders. So, you might have thought that in the middle of a pandemic the British government would have done a much better job of controlling them.

The mistakes started early and they keep on coming.

During the first lockdown, there was a massive national effort to stay at home and not mingle with others. But people kept on arriving at airports unchecked. Over a million people arrived at British airports without being required to quarantine. They just came into crowded airport arrival halls, got their passport checked and sometimes an advice leaflet on social distancing, and then they were through. They could officially travel wherever they wanted in the UK before they isolated themselves.

Many of these arrivals behaved impeccably. Some didn’t. No one has the faintest idea how many people broke the rules about isolation on arrival because there was no system to check or enforce those rules. Not then. Not for an entire year. Whilst countries that got proper control over the virus outbreak during its first wave put hard controls on border entrants, the UK government decided not to bother.

Indeed, it went further. As soon as the first wave of infection started to decline, the government decided to allow people to go away on foreign holidays. Its own website tells us that over a million people flew into Britain in July 2020. In the middle of a global health pandemic. The idea that British people might mix on beaches or on city breaks with people from across the world and then bring an infection back home, or that airports might be crowded places where people from across the world could pass on a deadly pandemic, didn’t seem to register. The cries for assistance from the airlines and the travel industry did.

This added a whole series of entirely avoidable voluntary trips to the ‘essential’ business travel that was already taking place. It would have been relatively easy to use our island status to get infection down to near zero and then to control any fresh outbreaks via an effective track, trace and isolate system. That’s what New Zealand did. It is what Australia did. Even South Korea and China were successful in using this approach, despite having far less warning than the UK and much less convenient geography.

Our government thought that it knew better. As a consequence, a new variant of the virus began to take hold in Kent as early as September. The government was still allowing people like the genuinely wonderful Captain Sir Tom to travel on holiday to Barbados as late as this November. Despite the obvious risks. No one will ever know whether this admirable man caught covid during that trip, but the risk should have been obvious. How many other people went on pre-Christmas trips and infected others on their return?

It is in that context that we must look at the appalling death toll since Christmas. It wasn’t just that there were closely packed crowds of shoppers in places like London and Nottingham, or that pubs and cafes stayed open for a long time as infection rates rose. It was that our porous borders were letting people travel abroad for pleasure and the only system for controlling those who returned was to rely on personal honesty.

Much of the sloppiness of those pre-Christmas policies was the result of a nasty backbench revolt by large numbers of Conservative MPs. Those who thought that a lax policy was the best way to protect British business carry a heavy responsibility. Not just for all the recent weeks in which over 1,000 people died on average every day. Or the pain and inconvenience the entire nation has gone through during a third lockdown.

Those who wanted so much to keep business open, have ended up closing businesses for weeks and doing them immense damage. In China, the economy actually grew by 2.3 percent in 2020 despite all the hardships of the pandemic, because they got it under control. In Britain, the business community still doesn’t have the faintest idea when things will be back to anything like normality and have experienced months of stress about lost income.

Yet finally, in the last few weeks the government has got round to deciding that it really should do something about trying to control borders properly and has announced a system of enforced quarantine at hotels close to airports. Only to quietly decide that this will only apply to a small number of countries where there is a dangerous outbreak.

Anyone who has ever made a long distance flight will tell you that it is possible to leave South Africa and to change planes at Dubai or at Amsterdam. This risks making the whole quarantine system largely ineffective, as threats of legal action – with a fine of up to £10,000 and up to ten years in prison for breaking the rules – may not deter people of ill will. Bold announcements may not be matched by the reality of what will happen in a country that only requires arrivals from 33 countries to isolate under supervision.

Even worse, the government then decided that the best way to deliver its newly found enthusiasm for border controls was to contract it out to the private sector. By now, some people might have forgotten the promises to deliver a world-beating test and trace app. As far back as May, it was reported that £10,000,000,000 had been spent on a system that wasn’t working.

Does anyone think things have improved much since? Likewise, the fiasco of contracting out the supply of PPE in the early stage of the pandemic resulted in many contracts being given to close friends of the Conservative party. A lot of scarce public money has been wasted. A shambolically organised rush to contract out over optimistic ill-thought-out ideas has badly failed.

Contrast that with astonishing level of commitment shown by NHS staff throughout this crisis. Or the efficiency with which the NHS and local volunteers have been delivering the vaccine roll out. A well -organised collaboration between an efficient use of private vaccine suppliers and public sector delivery teams has worked. Because the delivery of the actual service has been organised locally and because the public services have been trusted to do their part of the job.

Public and private collaborations can be made to work, as the vaccine programme is demonstrating. The problem is, when the government is organising procurement of services or supplies on behalf of the public, it needs clarity about what it’s seeking to achieve, clear thinking about the capabilities required from potential suppliers, precisely worded contracts, and care over price. Those attributes are in short supply in current government circles.

We should therefore not be particularly astonished that once again, when the government tried to centrally organise a quarantine scheme, the procurement process has gone badly wrong. It can’t even manage to sign contracts for the supply of quarantine hotel rooms one week before they’re supposed to be ready for occupation. How hard can it be to persuade empty airport hotels to take in people who need a couple of weeks’ quarantine?

Very hard indeed it would seem. Because we have a government chosen for its blind loyalty instead of competence. At the 2019 general election, we were solemnly promised that the UK would soon be taking back control over our borders.

They can’t even organise that.