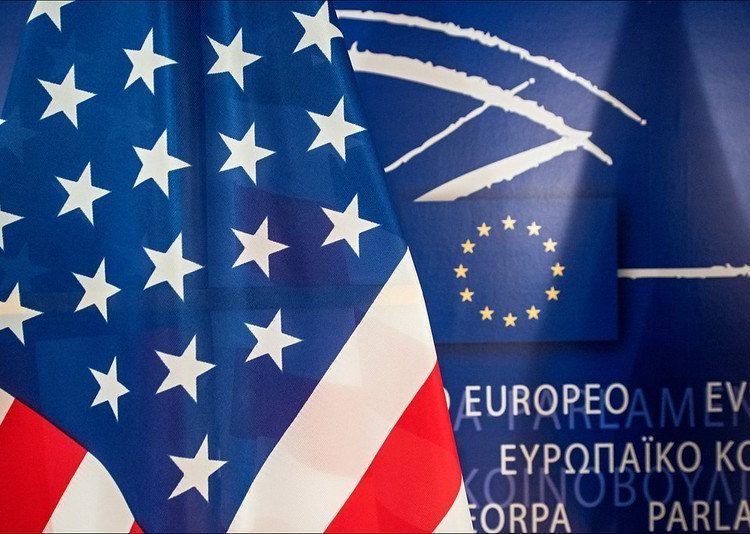 It should not have come to this. The European Union had hoped a future trade deal with the UK would have been signed and sorted by mid-October, when EU leaders were meeting at a European Council in Brussels. But that deadline, like so many others in the Brexit process, came and went; meaning EU negotiator Michel Barnier and his UK counterpart David Frost are still talking.

And that means the Brexit timetable has now become caught up in the biggest global political event this month: the US presidential election.

Once it became clear a deal (or not) would only be confirmed after 3 November, commentators began to wonder what impact the election would have on the Brexit process. The assumption was that a Trump victory would hasten a no-deal exit, while a Biden victory would improve the chances of a deal.

But looking at this now, I am not so sure. This diagram explains more:

Were Trump to win, the course from London would seem clear: belligerence pays, so the chances of no deal rise. Were Biden to win it is less clear, because the impact that has depends on what Biden were to say or do after winning, and how Number 10 would react to that.

One of Biden’s advisers and ex-US ambassador to the EU, Anthony Gardner, was blunt with his words at an event at ESMT Business School in Berlin:

When Biden spoke of the importance of peace in Ireland earlier in the election campaign and, in so doing, alluded to the dangers posed by Brexit, some UK conservative commentators were not impressed. If pro-Brexit sentiment were at odds with the special relationship, it seems some on the right of British politics would sooner plump for the former. Brexit, after all, has become more a central pillar of faith in UK politics than the relationship with America has.

Biden has never been known as someone who seeks to antagonise, and other advisers will undoubtedly call for calm and seek to reach out a hand of friendship to Johnson and Number 10. Likewise, the election result may be unclear, leaving us with legal cases to determine the winner.

So while progressives, multilateralists and transatlanticists, and indeed anyone who believes in the rule of law and decent politics, ought to rightly be rooting for Biden, it is not a foregone conclusion that him winning will smooth the path to a Brexit deal.

In fact, as a Biden victory would leave Johnson as the man-baby-in-chief in global politics, the temptation to throw the toys out of the pram might still be just too strong.

Jon is a political blogger, journalist and editor who regularly writes about EU policy and Brexit. He is a visiting professor at the College of Europe. He is originally from Wales.