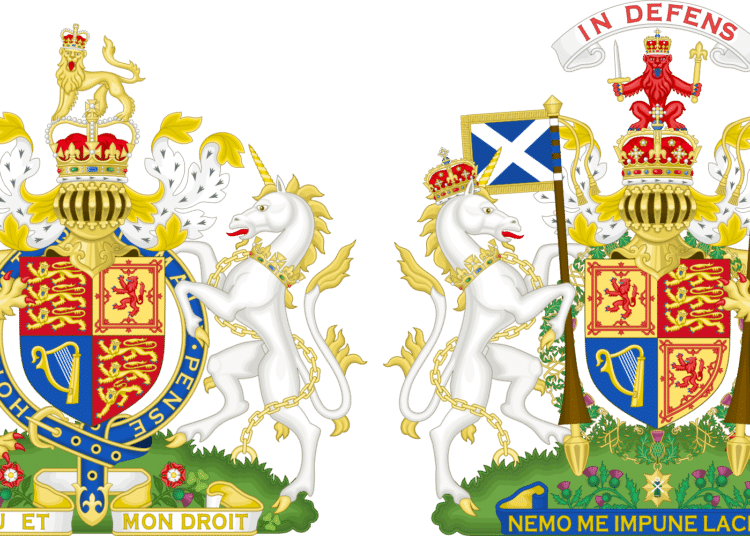 Something quite profound was published at the weekend that largely went unnoticed in England. Maybe some people were just nursing the mother of a hangover while others were just thankful that Super Saturday was over. But what’s happening in Scotland should be one of the biggest political stories in Britain right now and it’s barely making the news.

Polling from Panelbase for YouGov and the Sunday Times – published 4 July – showed two things. Firstly, 54 per cent of the Scottish population now backs independence for Scotland. Secondly, Nicola Sturgeon and the Scottish National Party are heading for a landslide victory at the 2021 Holyrood elections.

Even more intriguing is a poll commissioned by YouGov and YesCymru (the campaign for Welsh independence) which was published on 30 June. The poll showed that more than a third of people in England do not want the union of the United Kingdom to continue, but the real shocker is that those in England identifying as Conservative supporters are evenly split on the subject, with 49 per cent saying they support independence against 51 per cent who are opposed.

Ambivalence towards the union has been displayed in spades by Boris Johnson and this government. This is nothing new, but the response to the coronavirus has shown the extent to which relations have broken down between the UK government and its devolved counterparts in Scotland, Wales and Northern Ireland.

At the start of the Covid-19 outbreak there was an attempt to have a united and collaborative approach across all parts of the UK. The devolved nations attended the all-important COBRA meetings (the civil contingencies committee) as well as the ministerial implementation groups to coordinate the response to coronavirus. The government disbanded these in early June, replacing them with two new cabinet committees – membership of these committees does not include ministers from the devolved administrations.

Now as the UK moves out of lockdown, the four governments have taken their own approach to lifting restrictions, with each publishing their own plan for reopening the economy. The Coronavirus Act 2020 has conferred new powers on devolved ministers who already have responsibility for public health services, social care and education. Now more than ever the UK government is, in effect, the government of England.

The real problem for the Conservatives has been of their own making. Ideologically they struggle with the concept of devolution and do not relinquish power easily. It took a Labour landslide for any reforming constitutional programme to be introduced, and even then that was partial with England remaining as the unfinished piece of the jigsaw. The devolution settlements so far have been hard-won and are relatively new – they still need some care and attention. Instead, they have had to face the biggest constitutional challenges we have seen in the last 200 years. It is this that may well be the undoing of the union.

The biggest challenge of them all was undoubtedly the 2016 referendum on the European Union. Brexit exposed many fault lines in our political system that had been apparent for years. The most blatant of these was the difference in the way the four contingent parts of the union voted in the referendum. However, the way in which the result of that referendum have been handled has been the worst aspect, and one where the various Conservative governments since 2016 have exercised a choice.

The wheels quickly came off the devolution wagon when the EU withdrawal bill was published, which showed the “wholesale transfer of powers” from Brussels to Whitehall and Westminster, including policy areas traditionally devolved to Wales and Scotland. It led the Welsh and Scottish first ministers to accuse the UK government of a power grab. Subsequently the pair tabled 38 amendments to the withdrawal bill and wrote to Theresa May to insist that, while they wanted to work with the UK government, they would do so only if their suggested changes were accepted.

This, combined with some breathtaking ignorance of the importance of the Good Friday Agreement and a complete lack of understanding regarding the issues with the Irish border, suggest that the Conservatives either do not grasp the nuances of devolution, or that they simply don’t care.

Devolution to Scotland, Wales and Northern Ireland in 1999 was intended to create new political systems that would be qualitatively different from Westminster. Devolution should reflect the specific political culture of each nation and the different electoral systems across all four UK’s legislatures adds to the divergence. The problem is, as UK in a Changing Europe have pointed out, the UK has never adjusted fully to the realities of devolution: after more than 20 years, Whitehall’s institutions, structures, processes and dispositions remain remarkably unchanged.

The general election of 2019 did little to help matters. More than anything this election was a very English election (and nothing like a very British coup). More than anything Johnson gambled on gaining English seats at the expense of Scottish seats and was able to abandon the party’s reliance on the Democratic Unionist Party. The circle is complete. This is now a UK government that governs only in the interests of England. If you think this is an exaggeration, listen to the daily coronavirus press briefings or the myriad of announcements. Who can blame Scotland for wanting to go it alone if this is how they are treated?

The one thing about devolution is that this is a process not an event. Johnson and Cummings are still governing as though it is still a referendum. But the constitution is not something you just get over the line. It is always evolving as our society changes; it is an ever-moving feast. It may be that sooner rather than later Scotland – and possibly Wales and Northern Ireland – finally get their very own power grab. And Boris Johnson will be remembered for the guy that finally got the UK well and truly done.