We’ve all heard of Dominic Cummings – but what about Shanker Singham? 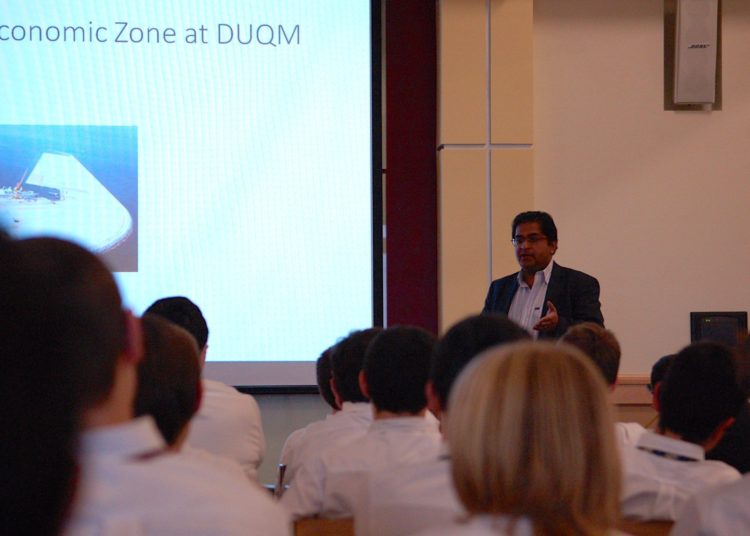 We’ve all heard of Dominic Cummings – but what about Shanker Singham? This obscure industry lobbyist has penetrated the inner circles of the deregulatory, free-trade ideologues at the heart of government. Like Cummings, he is unelected and unaccountable. Yet he has developed close contacts with ministers from the prime minister down, and is playing a big role in shaping of our post-Brexit trading relationship with the EU and the rest of the world.

Singham, who has been linked to the US climate change denial lobby, is known in Westminster circles as the “Brexiters’ guru”. Michael Gove described him as probably “the UK’s leading expert on trade deals”, but an investigation by Buzzfeed suggests Singham’s past achievements have been greatly exaggerated and he has little if any experience of negotiating international trade deals. Whitehall insiders have been quoted as saying he’s a “total clown” while others reportedly know him as “Snake oil Singham.”

What is clear is that Singham, rather like Johnson, is prone to making extravagant claims that cannot be substantiated and floating simplistic solutions to complex political problems. For example, he claimed that by cutting all ties with the EU and encouraging other countries to do away with restrictive trading practices, the UK could boost the world economy by $2tn. And as Yorkshire Bylines reported last month, he was behind a fanciful solution to the Theresa May’s Irish border problem, whereby goods could be traded freely trade between north and south using as-yet-unknown technology to avoid customs checks. It was even suggested this could be achieved by launching fleets of spy drones or airships to cruise up and down the border.

Oxford-educated Singham was born in London, but cut his teeth as a lawyer and lobbyist in the United States helping big corporations get around trade barriers in overseas markets. Then, when the Brexit vote was won in 2016, he saw an opportunity. No one in the Leave camp had expected to win, there was no plan and there were precious few trade specialists in Whitehall – after all, the UK hadn’t done any trade deals for decades.

Singham moved back to the UK in 2016 to play a leading role at the Legatum Institute, a controversial lobby group owned by secretive billionaire businessman Christopher Chandler, who has been accused in the House of Commons of being under investigation by the French secret service as a suspected Russian agent with links to money laundering. Within weeks of the referendum, Singham had set up a team of foreign experts with direct experience of trade negotiations – exactly what the UK lacked – who also happened to subscribe to the unfettered free-market ideology so sought after by multinational corporations and hard-right Brexiters. Legatum, personally supported by Johnson before he became prime minister, soon came to be known as the “Brexiters’ favourite think tank.”

According to the Mail on Sunday, Singham co-authored the secret letter Gove and Johnson sent to the then prime minister Theresa May, demanding a hard Brexit. The following year Legatum, a registered charity, was censured by the Charity Commission for “failing to meet the required standards of balance and neutrality” after publishing a highly partisan report calling on the UK to leave the customs union and single market.

This was no impediment to Singham, who left Legatum to join the opaquely funded right-wing Institute for Economic Affairs think tank. By this time, he had forged close ties with hardline Brexiters at the top of the Conservative Party, holding dozens of meetings with ministers including Boris Johnson and David Davies, and enjoying a special relationship with Steve Baker, former chair of the hard-right ERG group. He also formed close ties with former international trade secretary Liam Fox, who appointed him as a member of a special “committee of experts.” In 2018, Singham was forced to resign his post after it was revealed that he was simultaneously working for a corporate lobbying firm while still acting as an official government adviser.

Fast forward to July 2020, and Singham is back in government, this time as a member of the trade and agriculture commission, set up by Liam Fox’s successor, Liz Truss to determine “animal welfare and environmental standards.” Defenders of welfare and environment standards could be forgiven for concluding that this is akin to putting the proverbial fox in charge of the hen coop.

Singham has accused the EU of abandoning science to act “on the whim of environmental groups” and described EU restrictions on the use of fungicides, pesticides and GM crops and animals as “cumbersome”. On the vexed question of chlorinated chicken, hormone-injected cattle or pigs fed on steroids – all banned by the EU but quite legal in the United States – Singham opined in one of his innumerable briefing papers “countries should not discriminate between products based on how they are produced”. Further justifying his opposition to stringent animal welfare and environmental controls, he told the Financial Times, “If you are going to take that kind of approach, you should never have left the EU.”

Well, we have left the EU. And once the final ties are cut with the world’s largest trading bloc, we will be forced to do deals with countries that can and will call the shots, because their economies are many times larger than ours. This puts at risk not just our food, animal welfare and environmental standards, but also workers’ rights, consumer protection and the integrity of public services including the NHS.

Despite this, last week an amendment to the trade bill that would have given parliament a vote on any post-Brexit trade deal was defeated by the Tory majority. They literally voted to stop themselves having any say. So the Mother of Parliaments has been sidelined on an issue of profound importance to our future health, wellbeing and prosperity. But rest assured, Shanker Singham – trade expert extraordinaire or snake oil salesman depending on your point of view – has kept is place at the top table. Such is the state of our democracy.