Dr Hywel Ceri Jones was the EU Commission’s director for education, training and youth when Erasmus was founded in 1987. 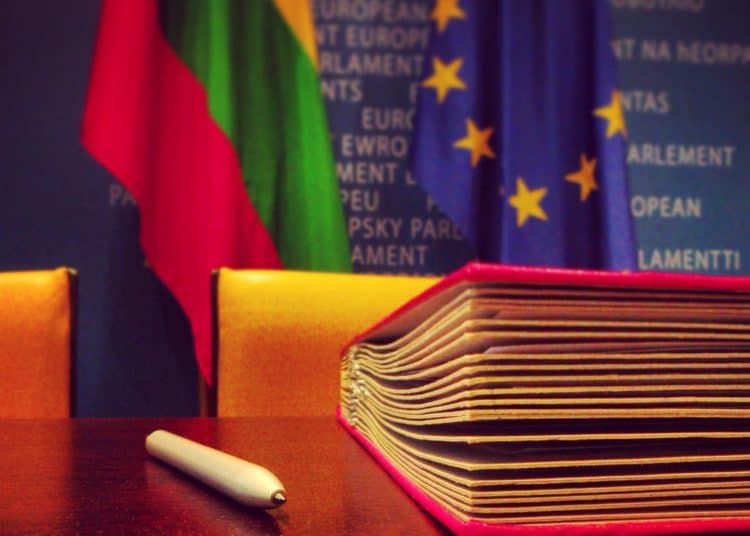 In finalising the treaty with the EU, to the dismay of many, Prime Minister Johnson confirmed his last minute negative decision to no longer participate in the EU’s Erasmus programme. This comes as a severe blow to young people and to present and future students and teaching staff throughout our education and training sector. The many friends and partners abroad will be as perplexed as I am as to the reasoning behind this negative decision, whatever their views on the Brexit saga may be.

Since its official launch in 1987, Erasmus has been much more than an exchange programme. Just as importantly, it has encouraged inter-university collaboration and deepened the internationalisation of study and learning. It has made organised periods of study abroad necessary and integral to the degree experience, featuring explicitly in the final qualification awarded to the student. It has proved a real plus to the CVs of students, attractive to future employers.

Over its lifetime, Erasmus has involved more 10 million participants – students, apprentices, youth volunteers and staff. Its networks of cooperation now stretch across the globe. More than eighty countries are involved, including the EU countries, Russia, the Western Balkans, India, Brazil, Japan, China, countries from Asia and Africa, the USA and Canada. The success of the latest phase of expansion was achieved notably by promoting joint masters programmes and through the mobilising impact of the international credit transfer scheme.

Since 1987, the coverage of Erasmus has been progressively broadened, to serve as an umbrella framework to embrace several distinct strands of opportunity, in addition to its original target of universities and higher education. Most significantly, it opened a category of support focusing on initial and further vocational education and training. This was widely welcomed as a vital European-wide priority, especially in the UK where this sector had long been a Cinderella for organised international cooperation.

The further opening of Erasmus to schools boosted a new push to encourage schools to prepare young people for active global citizenship. The decision to include a strand of encouragement to sporting cooperation proved immensely popular. The most recent addition to the Erasmus repertoire has been the European Solidarity Corps, which in 2019 supported more than 27,000 young people in individual or team volunteering in Europe.

The disappointing announcement by the PM will have damaging effects on all the possibilities for young people developed through the Erasmus framework. Sadly, Johnson appears only to recognise the existence of the original strand targeting universities, and then only stresses one aspect, important though it is, of prioritising the sending of UK students abroad. This one-directional approach contrasts sharply with much richer Erasmus concept of also welcoming students and teachers from abroad, who together contribute so much to the internationalisation of the ambiance of our institutions, thus helping to seed lasting friendships and affection for the host country.

This will represent a massive loss to our campuses and country over the long term. The present multi-strand Erasmus has been enthusiastically taken up by institutions and bodies across the nations of UK. The supporting infrastructures developed to underpin them have been painstakingly built up, demonstrating the economic benefits of pooling resources to achieve the quality and quantity of engagement desired. With EU funding coupled with complementary national funding from participating member countries, it has clearly shown itself to be a worthwhile investment.

It saddens me to see that just as Johnson wields his axe, the EU has made the commitment to expand Erasmus substantially in the next period (2021–27) and to enrich it by introducing a new greening dimension to its scope, as well as a strong digital educational element. A close synergy exists moreover between Erasmus and the EU’s Horizon Research programme. The latter is also being expanded considerably for the next seven years and is the largest international collaborative research venture in the world. Both will be developed together by the EU, exploiting the new Green Erasmus, to contribute to combatting climate change and address other global challenges including health. By leaving Erasmus while remaining in Horizon, the UK is poised now to lose this chance to be at the heart of this combined effort on the world stage, mobilising our distinguished research and teaching communities to play a leading collaborative role in safeguarding the future of the planet.

Faced with Boris Johnson’s brutal and unnecessary decision, Ireland has already generously taken the lead in committing to finance Erasmus students studying in Northern Ireland. The Welsh and Scottish governments repeatedly argued to London the priority importance they attach to continued access to the programme. Both governments should now jointly call on the UK parliament to reconsider and reject the rationale for this damaging decision, putting first the future of our young people and the interests of the four nations. The EU has already expressed considerable regret at the position taken on Erasmus by the UK and would warmly welcome such a move. This government seeks to build what it calls a “global Britain”. Wantonly forfeiting participation in the proven worldwide Erasmus programme is a very odd way of demonstrating such a vision in practice.

Dr Hywel Ceri Jones was the EU Commission’s director for education, training and youth when Erasmus was founded in 1987.

Dr Jones was head of the European Commission’s first-ever department for education and youth policies in 1973, as well as the Commission’s director for education, training and youth. He played the leading role in the design, negotiation and management of several EU flagship programmes, notably Erasmus, Comett, Tempus and Petra. He was then designated as director of the Commission’s task force for human resources, education, training and youth, with responsibility for the oversight of all EU education programmes. Hywel has been awarded doctorates by many European universities and holds fellowships from universities worldwide, among many other awards for his contributions to international educational exchange.