Natalie Bennett, Green Party Peer, provides a deep dive into her first full year in the House of Lords, looking at the many different contexts in which she's mentioned Sheffield. 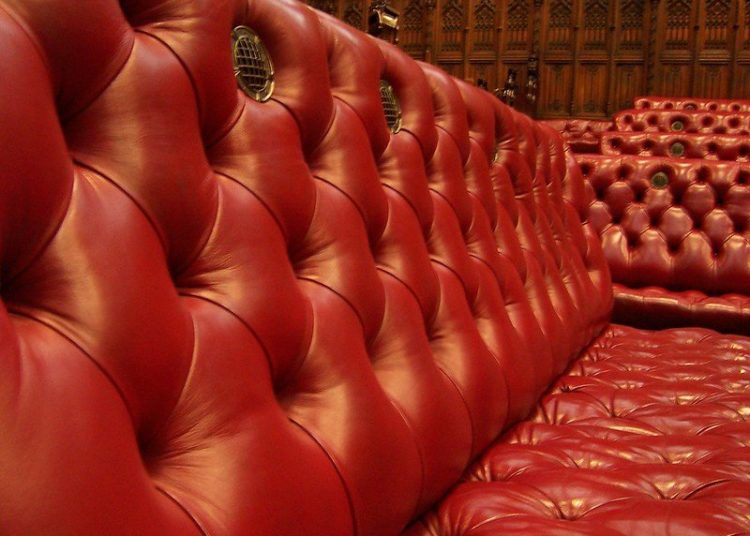 Benches in the House of Lords Chamber by UK Parliament is licensed under CC BY-NC-ND 2.0

I’ve written for Green World a general overview of my first full year in the House of Lords, but that could only scratch the surface. So for a ‘deep dive’ into the detail of the year, I thought I’d take a look at the many different contexts in which I’ve mentioned Sheffield.

That was aided by the invaluable Hansard ‘spoken by’ advanced search function, which tells me I mentioned Sheffield 19 times in the year in the chamber. And it turns out it provides a pretty fair sample of the different kinds of debates, questions and other opportunities that arise in the Lords, another way of explaining the often arcane and seemingly incomprehensible structures that I’m doing my best to demystify.

In February, I spoke in a ‘question for short debate’ (QSD), called by Baroness Whittaker, who is chair of the all-party parliamentary group (APPG) for Gypsies, Travellers and Roma. APPGs are self-organised gatherings of MPs and peers who work on particular issues, which often have a ‘secretariat’ to support them – a group of staff that work at least part-time, often from a campaigning organisation, as in this case.

QSDs are useful ‘dinner-time’ short debates that are a rare opportunity to range at some length outside the government’s legislative agenda. They’ve been in abeyance in our hybrid House, but will return in the New Year.

In that speech, in the Moses Room (the second chamber of the House), I focused on two reports from Sheffield reflecting the aspirations and possibilities for the Slovak Roma community – one by Migration Yorkshire, ‘Mapping services and local priorities’, the other from the University of Sheffield, ‘Nurturing Slovak Roma children at secondary school’. The APPG Twitter account picked out my simple statement that “some of the most extreme racism is directed at the Roma, Gypsy and Traveller communities”.

Another QSD, secured by crossbench (non-party) peer Baroness Kidron, was on the Cairncross Report on the media – right up my street as a former newspaper editor. But this also gave me a chance to talk about the importance of local media and to praise the Yorkshire Post for its coverage of the struggle to save Sheffield’s street trees.

My final mention of Sheffield in 2020, in December, was in a very different kind of debate – a discussion of a statutory instrument, a regulation that is supposed to be relatively minor, implementing the law and providing a detailed framework for its operations. The titles of statutory instruments tend – as in this case – to sound complex and dull. “Human Medicines (Amendment etc.) (EU Exit) Regulations 2020” hardly rolls off the tongue.

If you’re feeling in need of a soporific, the detail of my speech might just do the job – but this kind of scrutiny is part of the bread-and-butter work of the House. The reference to Sheffield was only glancing, reflecting the fact that I was participating remotely from my home, while just up the road a Second World War bomb was being dealt with: a reflection, in this year of shocks, of the unpredictability and difficulties we are dealing with regularly.

More on the big-scale, big-issue side – debating major legislation, also a significant part of the year – was a contribution to the agriculture bill, on amendments introduced by Lib Dem Lord Greaves on using the new Environmental Land Management Schemes (ELMS) to support rewilding efforts. That allowed me to express hopes for the Peak District, including the return of pine martens, and perhaps one day lynx. In, as I said, this hugely nature-depleted land, with the Peak District such a bare, rye-grass and heather desert, it’s good to sometimes think big, to try to paint pictures of how our environment might be, has to be, transformed.

By number, a lot of my contributions during the year, including those mentioning Sheffield, are short questions to ministers, often on statements made initially in the Commons. Sometimes, as with this covid statement, they are a chance to take concerns of Green councillors directly to the government, the aim being to elicit information rather than make political arguments. I also got the chance to reflect concerns of Sheffield businesses and individuals, as in this example from a café owner hit hard by Covid-19. Similar was a question about school food vouchers – which allowed me, in asking why they didn’t cater for shopping in small independents, to slip in some praise of Moor Market.

Another way in which peers can hold the government to account is written questions – a maximum of 12 a week. I asked a total of 246, two of which referred directly to Sheffield. One reflected the disastrous missteps in the construction of the University of Sheffield Social Science Hub, in a broader reflection of the disastrous problems of the UK construction sector. The other was more ‘constituency’, asking about off-peak train fares.

As this survey shows, there are many different things to do in the House, let alone all the media, community, campaigning and academic activities to which I can alternatively devote my time. Working out how best to use that, functioning in our fast-changing political and practical landscape, means next year’s survey may well look very different. One thing that’s certain is stability is unlikely to break out in British politics any time soon.