The government wrote to voluntary sector organisations on 18 September to say it is restarting evictions of asylum seekers in England and will consult with the devolved nations before starting them again in the rest of the UK. 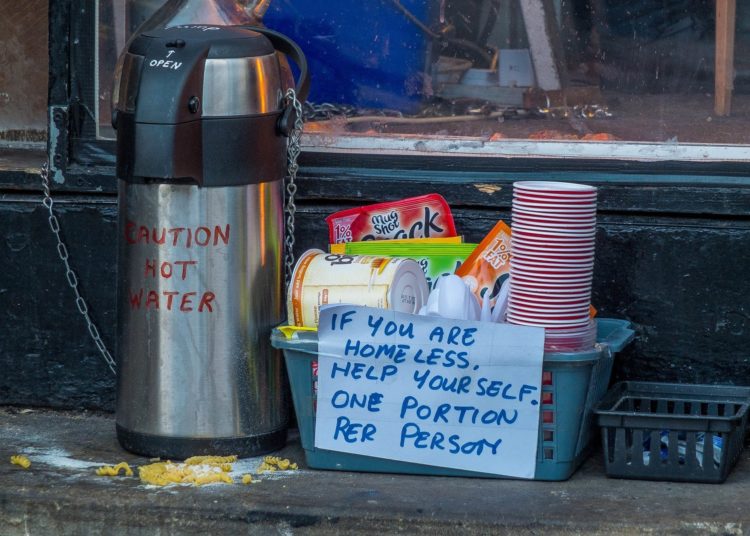 The government wrote to voluntary sector organisations on 18 September to say it is restarting evictions of asylum seekers in England and will consult with the devolved nations before starting them again in the rest of the UK. As reported in the Independent, “Individuals who have claimed asylum and had their cases refused will begin receiving notices to leave within 21 days”.

Refusal of asylum, or refusal of leave to remain in the UK on reaching 18 years of age, is often a prompt for people to ‘disappear’, thus increasing the risk of them being exploited or resorting to crime. It also significantly increases the risk of homelessness. There are many routes to rough sleeping including loss of employment, breakdown in family relationships, insufficient money to afford rent and drug and alcohol problems.

Increasingly though, the number of rough sleepers in the UK has been swollen by people whose asylum claims have failed, or who have been granted ‘leave to remain’ but ‘without recourse to public funds’. Many are unable to return to their homelands because of continued war or persecution, or because the government had failed to set up appropriate arrangements with the country in question.

Prior to the coronavirus outbreak, destitute asylum seekers were housed either through voluntary effort or were homeless and sleeping rough. A number, as we discussed in Yorkshire Bylines in July, were employed (and housed) in the illegal economy of exploitative and dangerous work, particularly in garment factories.

As the country locked down with coronavirus and flights were suspended, it was not possible to return people to their country of origin and delays in the Home Office asylum processes meant those seeking asylum or waiting for an appeal were often destitute but had no means to either expedite their case or return home. The government’s response for asylum seekers and other homeless people who could be persuaded off the streets, was to initiate the ‘every-one in’ scheme, which provided funding to ensure all those sleeping rough could be rehoused for the duration of the pandemic.

A substantial proportion of those who have been housed by the government during the coronavirus pandemic have been housed in hotels. These have been converted into hostel-type accommodation with families or individuals living in self-contained rooms but with food being provided through canteen-style arrangements. They are not the luxurious hotels depicted by Nigel Farage and Britain First.

The ‘every-one in’ policy had a number of benefits. It provided a breathing space for many homeless people, in which they could pause the daily hustle of scraping together a few pennies, finding somewhere to bed down for the night, and trying to protect their belongings. A number chose to return to the streets, but many others found this space enabled them to access help, such as permanent accommodation or addiction support services.

In turn it provided a space within which local authorities and the voluntary sector could begin to assess the scale of what needed to be put in place for successful transition back into self-supported living. It even benefitted the hospitality industry, whose hotels would have otherwise stood empty.

For many of those whose cases were in the asylum system this meant moving from rat-infested accommodation provided by the Home Office, to somewhere that was cramped but clean and safe. Those whose application had failed were also accommodated and these are the people the Home Office intends to evict now. Without wanting to gloss over the faults of the system, and there were a few, it was an enlightened and practical policy that, while not suitable for the longer term, provided considerable benefits at the time.

Eviction notices began being served by the Home Office on 18 September, giving 21 days’ notice. Inevitably there will be legal challenges and the eviction policy will not succeed in every case, particularly those where there are children born in the UK and who have no right to citizenship in the country of their parents’ origin. In such cases, the costs may simply be transferred from the Home Office to local authorities.

The majority of the areas in which asylum seekers are housed are not Conservative-led or resource-rich local authorities, simply because housing in those areas is too expensive for providers on the low daily rate the Home Office pays. As evictions come into force, asylum seekers will simply be tipped out into the streets of the poorest cities in the UK and the responsibility for determining if they are to be rehoused or not will fall to the local authorities with the fewest resources.

Home Office rhetoric regarding immigrants and refugees has hardened since the election and its policy of returning refugees to the country of entry into the EU has been enforced with a speed and determination that risks creating another Windrush scandal. Recently, the government’s own public accounts committee report was highly critical of an immigration policy based on “anecdote, assumption and prejudice” and we learned today that the Home Office had been seriously considering setting up a holding centre on a volcanic island in the South Atlantic.

The Home Office is not only intent on making asylum seekers homeless as we go into the coldest months of the year, perhaps hoping this might accelerate their return to their homelands, but has supported a racist environment into which they will be evicted. The town and cities most affected are the poorest, already most adversely affected by coronavirus, local lockdowns and the loss of jobs. It is unreasonable to hope that there is a greater reservoir of humanity in those cities that are suffering so much already and for which 2021 looks to be particularly grim.

This is not only an inhumane policy but also an irresponsible one that risks the cohesion of already fragile communities and racists attacks on the most vulnerable.

Those who wish to add their signature to the campaign to reverse the policy, there is a simple form to complete.