The government has failed to prepare for Brexit despite the fact the decision to leave was made over four years ago. 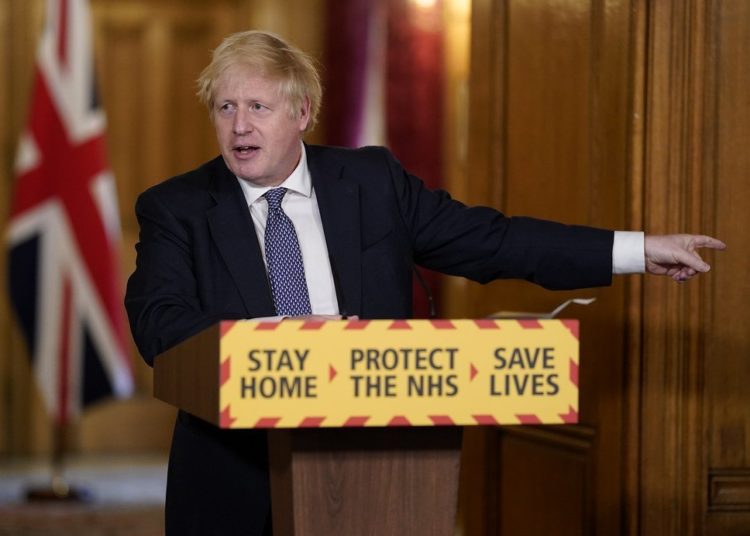 Another day and another display of the government’s Brexit ineptitude. Whether or not a deal comes good with the European Union, one thing is certain – the government has failed to prepare despite the fact the decision to leave was made over four years ago.

On Monday, the Lords EU goods sub-committee heard that the Brexit customs declaration service (CDS) that will replace the current declaration system (CHIEF) for Northern Ireland, is not ready. The functionality of the IT system won’t be made available to the customs software sector until late November or even early December, leaving it too late to test for 1 January 2021.

Des Hiscock, director general of the UK Association for International Trade told the committee that it was “totally unacceptable” that the Brexit CDS being developed by HMRC is not ready “with just 52 days to go”.

Neil Robinson, Chair of the Cumbria local enterprise partnership logistics sector panel and managing director of Tyson Burridge Transport, told the committee the current guidance is far too complex and not user friendly. And he explained that currently, “we don’t have any permits to operate outside of the UK, and have not been given any guidance what is likely to be in place … We are all playing catch up with making sure we are covid safe and secure”. This is borne out by the fact that there are only 2,088 haulage driver permits (of 11,500 required) to export into the EU in case of a no deal.

Several of those giving evidence made reference to the damning report from the National Audit Office that was published on Friday last week. The report suggested that there is a significant risk that the necessary preparation will not be completed in time and that the specific arrangements needed for Northern Ireland would not be in place:

“It is very unlikely that all traders, industry and third parties will be ready for the end of the transition period, particularly if the EU implements its stated intention of introducing full controls at its border from 1 January 2021”.

It gets worse. The report also suggests that there is a high risk that not all the infrastructure will be in place by July next year, the absolute deadline for this to be in place. And while civil contingency plans are in place to minimise disruption to the supply of critical goods and medicines, “disruption at the border may be harder to manage if it also happens alongside further COVID-19 outbreaks and a background of economic uncertainty”.

HM Revenue and Customs, the government department charged with sorting out the custom arrangements, is clearly in denial if you listened to the evidence from its director of customs transformation Sue Roberts.

“We are on track against our plans”, she continued, saying, “Confidence levels increase”. This is talking up the game to some tune. No one seems clear what the plan is. And if there is one, it certainly isn’t very cunning.

The initial idea was to compulsory purchase land for customs sites. Part of the plan for checking trucks travelling from Ireland to Holyhead was a lorry customs site near Mona showground on Anglesey. However, the local council threw these plans out. This won’t get resolved for at least two years, and we now have the nonsense of trucks travelling to interim sites in Birmingham and Warrington for post-Brexit checks.

According to the Daily Post, the Warrington site is understood to be a depot at Appleton Thorn (1 hour 48 minutes away from Holyhead), while the Birmingham site will be near Solihull (3½ hours from Holyhead). It’s nonsense on stilts.

Hardly surprising then that Stena and Irish Ferries will start running the new direct services from Dublin and Rosslare to Cherbourg, to help traders and hauliers bypass anticipated delays at the EU-UK border checks. While this route takes 18 hours (making it considerably longer than using the land bridge through the UK to get into the EU markets), the confusion around customs controls and tariffs makes this an attractive prospect.

There is a jobs dynamic here. Currently approximately 1,200 lorries move both ways through Holyhead, 100 through Fishguard and 175 through Pembroke, according to Nation Cymru. Is the government seriously going to allow the ports in West and North Wales to become defunct? Is that part of the plan that was alluded to earlier? All these port towns are just that – port towns – and their survival is dependent on ferries running and lorries using them.

Every day now seems to bring a new tale of misery and woe from business. According to Prospect Magazine, Cabinet minister Theodore Agnew recently accused firms of “burying their heads in the sand”; but this is hardly fair. The government has spent the last four years accusing those who said this would be disastrous as promoting Project Fear. As Christopher Grey points out in this Prospect article, the government could not begin to communicate what Brexit would mean, because to do so would have been to admit just how difficult and complex it was actually going to be.

Businesses are in despair. They have been largely left in the dark, and yet they have been promised sunny uplands after Brexit. Last night, former Prime Minister John Major said, “Because of our bombast, our blustering, our threats and our inflexibility – our trade will be less profitable, our Treasury poorer, our jobs fewer, and our future less prosperous”. We may be on the cusp of finding a vaccine but there seems no cure for the ills of Brexit.