Levelling up is the new mantra. But as Johnson and Sunak battle for popularity and reality sets in, fessing up may be more appropriate. 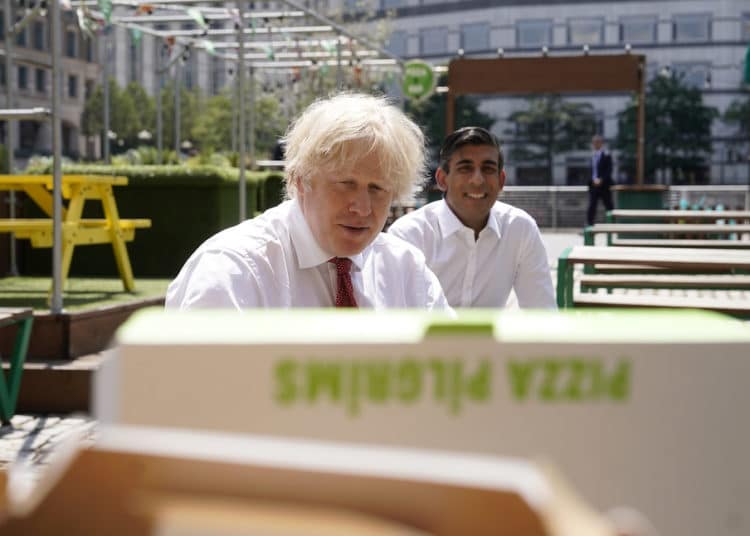 It may be summer recess but that doesn’t stop the Westminster rumour mill going into overdrive, with speculation that Rishi Sunak is fancying his chances as top dog. Feeding this latest frenzy of the ‘King is dead, long live the king’ is the recent poll of Conservative members, published on Monday, showing Rishi Sunak as the clear front runner as a replacement to Boris Johnson.

The poll from Conservative Home, launched in 2005 to “champion the interests of grassroots Tory members”, asked 853 members “who should be the next leader of the Conservative Party after Boris Johnson?” The answer is loud and clear about who is the darling of the members.

Johnson’s popularity plummets and Sunak plots his next move

It may be too soon for Johnson to be looking over his shoulder, but he should be worried. Another poll from Conservative Home, also published on 1 August, showed Johnson’s support plummet when Tory members were asked to name their favourite member of the Cabinet. Johnson doesn’t even make it onto the podium (coming in 24th). Things must be bad if it’s only Robert Jenrick and Gavin Williams and the unheard of Amanda Milling below you.

It’s summer silly season, so one can expect lobby gossip to ease the boredom. But there is some substance to some of this speculation. If you want confirmation this was the Spectators Katy Balls take on all this:

Bang to rights then.

Collapsing public support for the Tories

A YouGov survey for The Times, published at the end of July, suggests it’s not just Johnson’s support that has collapsed, it’s the wider support for the Conservative Party. Tory support in the Conservative heartlands of the southeast and east of England, is down eight points from the 2019 general election, suggesting the Tories could lose 17 seats.

According to The Times’ Patrick English, a research manager for YouGov said:

“The results of the blue wall poll highlight just how difficult a job Boris Johnson has in balancing his new voter coalition”.

As ever, Johnson is reliant on the vaccine being the good news both for him personally and the way his party is polling. The headlines in the last two days have been positive, with Politico saying “it’s a jolly set of front pages for the government, with the Telegraph (‘Holidays to France are back on’), The Times (‘Boost for summer getaways’) and even the Guardian (‘Millions get holiday boost’) sounding pretty upbeat”.

The Johnson effect: bringing back Thatcher

But Johnson just can’t help himself. Never the one to miss an opportunity to crack a gag, the prime minister joshed whilst up in Scotland that, “Thanks to Margaret Thatcher, who closed so many coalmines across the country, we had a big early start and we’re now moving rapidly away from coal all together”.

He still doesn’t realise, and will probably never learn, that if you’re going to try stand up, you need to understand that timing is everything – know your audience. In the run up to the all-important COP26 meeting in Glasgow, this was neither the time nor the place. According to the BBC, he’s reported to have laughed and told reporters: “I thought that would get you going.”

As Johnson manages the fallout from his bad gag, the Chancellor has signed off a ‘live events reinsurance scheme’ worth £750m, whereby the Treasury will provide a guarantee for insurers to offer events organisers, giving them some business certainty.

So far so good for Sunak. But as we head towards party conference season, jitters will re-emerge from the Tory backbenchers, especially those who sit on small majorities. This autumn spending review is going to be tight.

The New Economics Foundation report published this week reckons that 660,000 furloughed jobs are likely to still need the scheme when it ends in September. According to their modelling, hundreds of thousands could be forced into unemployment. This, alongside the ending of the £20 uplift in the universal credit (affecting some 6 million people), could have real impact in some of those red wall seats that Tories won in 2019.

Some Tory MPs are already waking up and smelling the autumn coffee – even as Work and Pensions Minister Coffe announced the bad news for those in receipt of universal credit. The Guardian reports that backbencher Steve Baker, not one to hold back on his opinions, “called on ministers not to ignore the cost of living crisis faced by people ‘in real trouble’ in constituencies like his who had been ‘tipped over the edge’ financially by the pandemic.”

Levelling up is the new mantra. Fessing up may be more appropriate.

Things may be looking rosy for the chancellor at the peak of summer, but as the chills of autumn set in he will have a job on his hands to look quite such the golden boy. He will need to satisfy the likes of Steve Baker and others in the Northern Research Group, who actually expect to see some levelling up in their constituencies.

And as we start to leave the worst of the pandemic behind, the prime minister is going to have to find a new rabbit to pull out of his hat.

Is refreezing the Arctic a fantasy or a hard truth?