If you think about what the job description of ‘farmer’ involves, it runs the gamut from pharmacology to mechanical engineering, animal behaviour management to crisis response, business management to human resources oversight and much, much more. 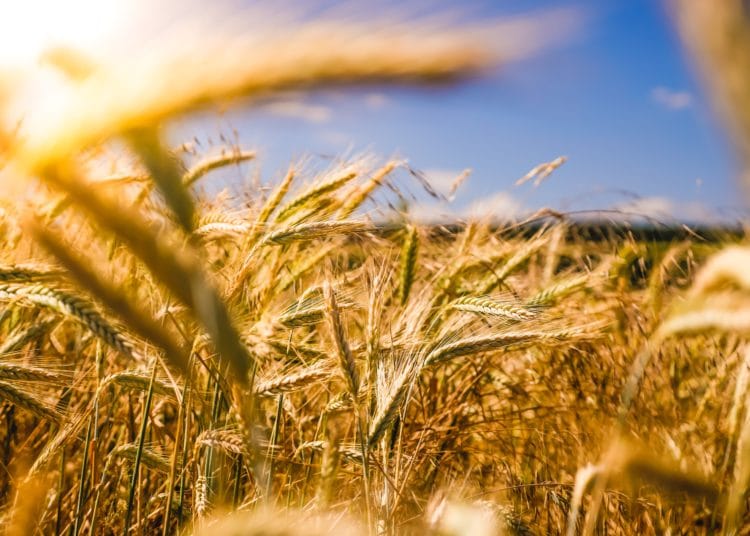 Photo by Raphael Rychetsky on Unsplash

Farming requires a huge number of skills and a vast amount of knowledge, all of which needs to be continually updated and revised as the environment – physical, legislative and market – changes. If you think about what the job description of ‘farmer’ involves, it runs the gamut from pharmacology to mechanical engineering, animal behaviour management to crisis response, business management to human resources oversight and much, much more.

It is obvious that this requires advice – expert advice that meets the particular needs of a farm business. These are complex financial entities, dependent on the vagaries of weather, threatened by a host of pests and diseases, existing in a constantly shifting (and not just because of Brexit) regulatory environment and also needing, increasingly these days, to think about marketing and product labelling law.

It has always been thus. The term ‘agricultural extension’ has a global life of its own – popularised in the US by the Federal Smith-Lever Act of 1914. But the historians date it back to nearly three millennia ago, to the Chinese Zhou dynasty, when it’s known a minister organised systems to teach new crop rotations and drainage methods to farmers.

Acknowledging that the state has a role in supporting farmers has a long history. And that’s long been recognised on these islands, going back at least as far as the efforts – if small and ineffective – to deal with the Irish Potato Famine. In 1946, the National Agricultural Advisory Service was established, to push production as we headed towards the end of rationing. It was rebranded as the Agricultural Development and Advisory Service (ADAS) in 1971 and then privatised in 1997.

Reading Hansard from the 1996 debate in the Lords on the privatisation of ADAS, Lord Mackie of Benshie made a notable contribution. He stated that charging for its services, previously available for free, had led to a less advice being requested, a shift towards relying on commercial suppliers to advise on the use of their products, and concern about the how public opinion of farmers had declined.

Responding for the government, the scorn from Lord Lucas almost drips off the page: “He harked back to the old days when advice was free on almost ​any subject under the sun. Clearly, we have moved away from that. We demand that farmers ask for advice which they consider is worth paying for.”

Isn’t that so much the story of the past few decades? If you can’t pay for something, if it doesn’t have a market value, then you won’t get it.

And it’s left farmers facing enormous challenges and difficulties. They must now rely on multinational seed and chemical companies, on private consultancies that live or die on the success of their industries, and on making do with a chat with a neighbour or a friend – because there’s no stable, secure, independent system of advice.

That’s why I’ve moved an amendment to the agriculture bill, which the Lords will begin considering in committee stage on Tuesday. It’s a modest little clause, No 234 of 321, stating:

“The Secretary of State must establish a service to provide a means for farmers to associate, and to support, advise and assist them to deliver improvements in food security, nutrition and environmental standards.”

Clause 234, proposed amendment to the agriculture bill, by Baroness Bennett of Manor Castle

But it is, I’d suggest, in its own little way revolutionary. It acknowledges that what farmers do is essential to the national security, crucial to the most basic duties of the state – which are to see that the people are fed and the environment safeguarded for the future (carbon stored, flooding stopped, soil guarded). These are facts the government has acknowledged in other parts of the bill. But to give good advice, a stable, funded, secure base of expertise is needed.

Otherwise, how do you develop a young researcher into an expert adviser on pest control in potatoes in a particular part of the country, for example? If she’s at a university, she has to do ‘pure’ research – publish or perish – which isn’t boots on the ground, learning your trade as an adviser. This pure research takes her away from farmers. If she develops the knowledge – say at a commercial company – but then wants to strike out on her own, what happens if potato farmers have a few bad years? Farmers can’t pay for this advice, so she will have no income.

As we face the climate and nature emergency, as well as the need to feed people with healthy, nutrient-dense food, the time has come to look again at how we can support farmers with information and advice. We need to translate the blue skies research into practical action that farmers can take. And we need to support them to test new techniques on their own farms and share their learnings with their peers.

In looking at how to shape any kind of new agriculture support service we need to learn from the past, not repeat the mistakes made. ADAS was far from perfect in some ways, but the huge local knowledge which the best advisers had of their ‘patch’ would be invaluable now. This coupled with support for farmers to be involved in ‘on farm’ research is the key to implementing what government claims to desire.

My suggested clause was born out of discussion with farmers talking about the difficulty of getting good advice, of making sense of the flood of data now available from around the world in research papers, of the desire – heard again and again at every farming conference I’ve been to – for ‘farmer-led research’.

What I’m proposing is not a straight reconstitution of ADAS. That’s why the word ‘associate’ is in there – this is meant to be a network, an equal partnership that puts farmers, researchers and advisers together to share knowledge and find ways forward based on all of their skills and experience, with farmers at the heart.

We already have an organisation called UK Research and Innovation (UKRI), which “works in partnership with universities, research organisations, businesses, charities, and government to create the best possible environment for research and innovation to flourish.” But this is neither farmer-led nor farming-focused. Its priorities are set by the government, and for agriculture they’re currently focused on technological exports and high-value export production – food as a ‘global commodity’, not the agroecological all-farm systems required to produce healthy local food that we need.

Reading its “strategic framework”, it’s clear that UKRI does things for farmers, but it doesn’t expect farmers to be part of what it does. To be a partner with it – to be reasonably recompensed for your contribution to its work – you need to be a researcher.

Less than 1 per cent of UK research money now goes into farmer-led research. Michael Gove, then Defra Secretary, was challenged on this issue at the Oxford Real Farming Conference three years ago – and his answer was that he hoped farmer-led research would be increased, although he wouldn’t put a figure on it.

It hasn’t, and there’s no mechanism to make it happen. Much of what is done now is through applications to private trust philanthropic groups – and the pressure on them, in the age of austerity, is enormous. There’s no extra capacity there.

Innovate Farmers, a membership network of farmers and growers – research by farmers, for farmers – is brilliant, but on nothing like the scale needed. Hodmedods is a rare example of innovation driven by inspiration but on a commercial, self-funding basis – growing the sort of pulses and beans that our stomachs and our soils urgently need to scale up. But we need much more like this, in every industry, which isn’t just going to generate spontaneously.

Now maybe the approach I’m suggesting in Clause 234 isn’t exactly the right one. This is a modest proposal to generate debate and highlight the need for action. As many commentators are saying, while Defra’s been talking the talk on farmer-led research, it has yet to come up with practical plans to deliver.

But if not this approach, then how does the government plan to assist farmers to deal with the torrent of regulatory change and the challenge of transforming to agroecological systems from ones now based on high-input, industrial approaches? How will it assist farmers to develop fruit and vegetable growing to provide a healthy diet for the nation and to restore and develop crops that have fallen by the wayside in the rush to produce a handful of commodities? If not this approach, then what?