Driving home for Christmas: no port in any storm …

Jane Thomas reviews the impact of the French blockade on UK ports, following the UK's warning of a more virulent strain of Covid-19 now out of control in London and the South East. 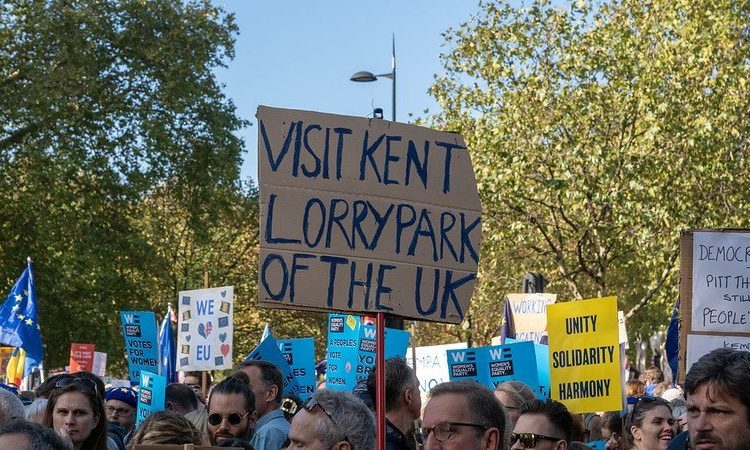 The French like nothing better than a good blockade. Sometimes it’s lorries, or tractors; sometimes it’s ports. In 1999, we saw the French blockade ports during the ‘beef wars’ – a blockade in protest at a boycott of French goods by British stores angry over France’s continuing ban on British beef.

Plus ça change, plus c’est la même chose. This sort of tactic has been going on since the Napoleonic wars. But of course, now everything is different. For a start, more than 50 sovereign nations have now banned Britons from entering their counties. And we’ve not had a global pandemic for a century. And we have never left the European Union before. And most importantly, we have never ever tried to sort all these things out simultaneously.

This latest move from France was triggered after French leaders got wind of the new super-spreading coronavirus strain that has emerged in London and the South East of England. France responded quickly, by sealing its borders to British travellers and hauliers for an initial 48 hours from 11pm on Sunday night. This, remember, is the UK’s main freight link with the EU and normally handles up to 10,000 trucks a day.

Unsurprisingly, carnage followed. By 11am on Monday, BBC Radio Kent was tweeting that Operation Stack has been activated in order to avoid gridlock of Kent’s roads.

By lunchtime yesterday, trucks were stretching for several miles according to the Financial Times, with the Department for Transport warning hauliers to brace for “significant disruption” in the coming days.

As things deteriorated badly around the port of Dover last night, the government turned off one of the live webcams on the M20 in Kent – the one that showed all the queueing lorries at a standstill. This was hardly a surprise after Boris Johnson claimed at yesterday’s press conference that there were only 174 lorries stuck on the M20. Au contraire, said the Highways Agency later – there were in fact 900 lorries on the motorway at 6pm, as reportedly by LBC.

Obviously in times of a national emergency, it’s appropriate to haul out the home secretary, who told the nation on Good Morning Britain “Dover is not the only port we have in the United Kingdom”. This is true. It’s just that very few have the roll-on roll-off infrastructure for thousands of vehicles, or are deep water ports that can take the size of container ships necessary.

Mind you, Priti Patel also told us that, “the government has consistently this year been ahead of the curve in terms of the coronavirus” so you can forgive her for not getting it quite right on ports.

As government ministers scrabble to work out where these other ports are, the more canny nations are working out that the best solution is to avoid UK ports altogether. Today Nation Cymru reported that the “Irish Government are attempting to bring forward direct ferry services with France as Brexit and the new Covid-19 strain cause delays at Welsh ports”.

The surprise is that people are surprised. Even without this latest border closure, we were managing a self-imposed closure of the ports by a total failure to prepare adequately for Brexit and the new customs requirements.

As the Independent recently reported, the Department for Transport has confirmed that the customs control area at the site in Severington near Ashford in Kent will not be completed in time for 1 January. Bit of a shame really, as it was needed yesterday.

Lloyds Loading List today quotes Peter Wilson, group managing director of logistics and maritime service provider Cory Brothers, saying that “a vicious cycle of ocean freight congestion, cancellations and escalating prices shows no sign of ending and is already damaging the supply chains and businesses of ‘UK plc’ and may lead to further losses of business and potentially business failures”.

Digital road freight specialist Haulage Exchange surveyed their clients between 8 and 14 December and found that only 3 percent of respondents felt that their firms “are totally prepared” for the new UK-EU trading arrangements. Nearly 1 in 4 of the 32 UK haulage firms that responded said they had already lost business due to Brexit, with 84 percent requiring more clarity from the government on border legislation changes.

Nothing is moving much, except for the death rate from coronavirus. With more than 1,500 lorries – and their drivers – stuck around Dover, it will take days to get things moving. These are essential workers, many paid by miles driven, not by hours worked. And most of them doubt they will make it back home to be with their families in time for Christmas.

But even if this French travel ban ends soon, this whole episode will cast a longer shadow. According to the BBC, the EU is trying to find a common European solution to the travel ban. But in what can only be described as the ultimate irony, whilst countries will listen to any recommendations from the European Commission “EU member states are free to set their own rules on border controls and may continue with their own policies”.

As Guy Verhofstadt tweeted earlier “We forgot what borders look like. Some thought they would remain open with or without the EU. They will now start to understand what leaving the EU really means…”