Kerry Pearson explains the signifiance of recent legislation in America which will grant immigrants, Dreamers and farmers with citizenship and residency. A triumph for Dreamers who have waited decades for recognition of their status. 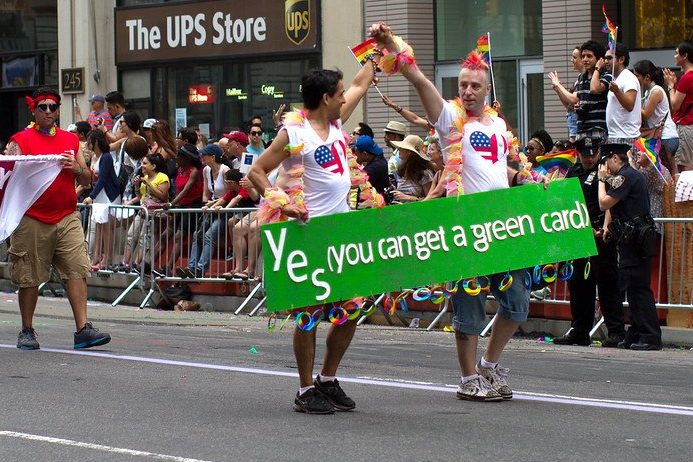 Last Thursday, House Democrats in America approved two bills which will assist certain categories of immigrants, who live in the US illegally, to access citizenship. The votes come at a controversial time though, as Biden battles a huge influx of migrants at the US-Mexico border.

The first bill, the American Dream and Promise Act of 2021, will create a pathway for undocumented immigrants, in particular ‘Dreamers’ to access a green card. The second bill, the Farm Workforce Modernization Act, will ensure employment and residential security for those in the agricultural sector.

The legislation comes two months after Biden’s inauguration, where he proposed a plan to provide citizenship to 11 million illegal immigrants, and to ease immigration for those fleeing violence. Biden, who has already passed some historic legislation during his 100 days, called the bill a “critical first step in reforming our immigration system”.

Dreamers amongst group of immigrants to be granted citizenship

‘Dreamers’, who inherited their name from the Dream Act, are the group of immigrants that came to America aged 16 or younger, ‘undocumented’ and lacking legal status. Trump’s infamous and ignorant 2017 policy, where he removed DACA (the deferred action for childhood arrivals programme to protect child immigrants), unreasonably and immorally impacted Dreamers, who were left with a threat of deportation.

Thankfully, Biden’s bill is a stark contrast. After the triumph of the first bill, Dreamers will now be eligible for a conditional green card and residence in the US. Their residence will be permanent if they do one of the following: acquire a degree from university or college; complete at least two years of military service; or have been in employment for at least three years.

The bill will also reach hundreds of thousands of immigrants who live in America with temporary protection under a humanitarian programme. These people are unable to return to their homes, which are usually war-torn or have been affected by natural disasters.

The legislation will also assist some 4,500 children, currently held in customs and border protection in Donna, Texas. Biden suggested that increased amounts of unaccompanied children would be permitted entry into the US.

Speaker of the House, Nancy Pelosi, said that the Dreamers and other potential beneficiaries had “lived and worked in our country for decades, if not their entire lives”.

Just hours after the first bill was passed, the House also voted to pass the Farm Workforce Modernization Act (H.R. 1603). It will enable more than one million undocumented farm workers – who have worked at least 180 days in agriculture in recent years – and their families, to earn legal status and citizenship with employment in the agricultural sector.

Nancy Pelosi said it was a “special day” which would make a “big difference in how we respect the beautiful diversity of America”.

How did the House vote for the immigration bills?

The American Dream and Promise Act was passed with all House Democrats and nine Republicans voting in favour of it (228-197). Then 30 Republicans, many of whom represent heavy agricultural districts, joined almost all the Democrats in voting for the Farm Workforce Modernization Act (247-174).

The last two decades have been filled with bipartisan support for the Dream Act, but always with a request from Republicans for tougher border security. Trump himself requested an additional $4.5 billion for emergency border support, as he pledged to crack down on illegal border crossings.

More recently, Republicans have been particularly opposed to the first bill, given the spike in illegal border crossings. At the end of February, US border agents detained almost 100,000 migrants at the US-Mexico border, the highest monthly total since mid-2019. This may be a result of Biden’s drawback on Trump’s restrictive immigration measures.

There is a mixture of feelings though, amongst Republicans. Texas representative August Pfluger said that bringing the bill to the floor “in the middle of a total crisis” was “not only deaf but is wrong”. Whereas representative Maria Elvira Salazar of Florida voted in favour of the legislation, to send the message that Republicans were committed to fixing the immigration system.

The significance of the citizenship immigration legislation

The votes from the House for such bills are huge milestones for Dreamers, who have consistently campaigned, alongside other activists, for permanent citizenship.

This legislation that grants immigrants citizenship is a huge success for the Biden administration that will reverse much of Trump’s xenophobic legacy.

For many, as the New York Times reports, there is a sense of being pulled out of the shadows. These people, who have lived and worked in America for decades, will finally be able to enjoy all the benefits of public life, without the fear of deportation.