Barry White presents a roundup of the latest media news, as media ownership becomes more concentrated, GB News prepares for launch, and more job losses are announced at the BBC. 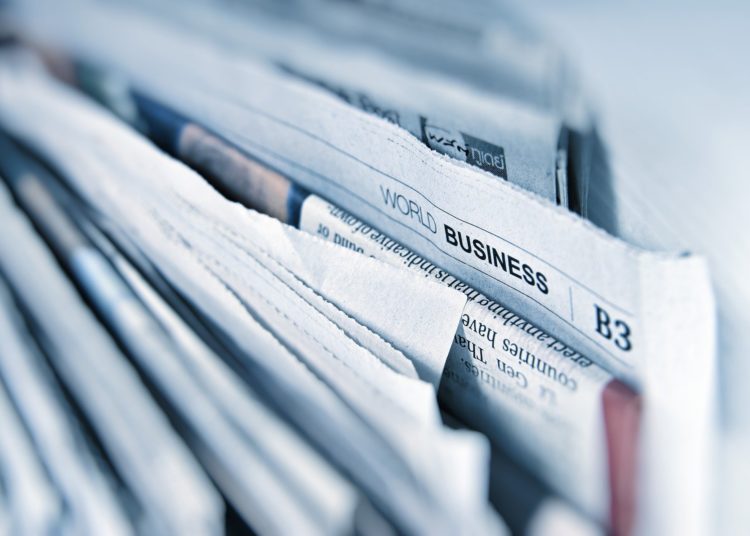 Image by AbsolutVision for pixabay

Barry White presents a roundup of media news, sourced from Who Owns the UK Media? published by the Media Reform Coalition. Recent events have seen media ownership become ever more concentrated, and at the same time, the BBC has had to cut jobs in order to cover the cost of the licence fee changes. Meanwhile, the new US-styled right-wing GB news is set to launch.

The Media Reform Coalition (MRC) marked the launch of its Media Democracy Festival recently by publishing a new report on media ownership in the UK. It makes depressing, although predictable, reading.

The MRC produced its first report in 2015, arguing (along with many others) that concentrated ownership of the media was a significant problem for any modern democracy. Four years later, the updated report showed that not only did concentrated ownership persist but that the problem was getting worse. Since then the situation has deteriorated.

New, digital-only news sites have emerged as a significant force since their last report but these are overshadowed by the continuing grip of legacy (pre-internet) news and, especially, national newspaper titles.

According to the report, the BBC remains a powerful presence in online and broadcasting but its budget has been massively cut by the last two licence fee deals. Its room for manoeuvre has been limited by commercial competition and political pressure to be mindful of its impact on the wider commercial market.

The MRC believes that concentration in news and information markets in particular has reached endemic levels in the UK and that we urgently need effective remedies. Concentrated ownership creates conditions in which wealthy individuals and organisations can amass vast political and economic power and distort the media landscape to suit their interests.

They hope that the report will provide data and arguments that will be useful to all those who want to campaign for a more pluralistic media in which a genuine diversity of views, voices and opinions are aired.

More job losses at the BBC…

Meanwhile, on 18 March the BBC announced more job cuts as part of 520 post closures across ‘news’ that were announced last year and are part of a £800m savings package across the whole of the BBC. News has been set a savings target of £85m.

There are also proposals to launch six new peak-time local radio services in communities facing some of the biggest social and economic challenges. Director General Tim Davie told staff that hundreds of their jobs would relocate so the broadcaster can better connect with audiences and tell stories “from all corners of the UK”.

Redundancies over the past year at BBC News and teams across the UK mean the public service BBC is smaller by more than 900 people than this time last year.

The BBC has been under heavy financial pressure from the government, which determines the level of the licence fee, and is also paying the price for agreeing to fund free licences for over 75s – previously a government responsibility at an annual cost of £745m. In 2015, the government announced the BBC would take over the cost from 2020 as part of the licence fee settlement.

Under the new rules, only low-income households where one person receives the pension credit benefit are eligible for a free licence at an estimated cost to the BBC of around £250m depending on the take-up. To pay for this, cuts in programming and other budgets had to be made.

Other sections of the media don’t seem to face such financial constraints. Take GB News. It will be the biggest news TV channel to launch in the UK since Sky News 30 years ago and promises US-style news programming built around politically right-of-centre presenters. Headed up by Andrew Neil it has at least £60m to spend and is backed by the Dubai-based Legatum Institute as well as Discovery, the US cable giant, and Sir Paul Marshall, one of the UK’s most prominent hedge fund managers and worth £630m, according to The Sunday Times 2020 Rich List.

Neil will present a nightly news programme on the channel containing “Wokewatch” and “Mediawatch” segment. He told Press Gazette (GB News briefing 18 March 2021) it “will not be shouty, angry television” and insisted it will conform to Ofcom (the regulator) rules on impartiality. Ofcom has a requirement that news channels show due impartiality when covering political issues (section 5 of the Ofcom code).

If Paul Dacre, former editor of the Daily Mail, becomes chair of Ofcom as hinted last year (but not yet confirmed) by Downing Street, GB News may believe they have little to fear from that quarter, although he does not have the power to rewrite the code.

That’s not to say that the Conservative government, so keen on deregulation and ‘reducing red tape’ may, in the not too distant future, seek to limit its regulatory powers!

The channel plans to air 6,500 hours a year of “original news, opinion and debate”. It also has a clear vision of what ground the new TV station will occupy – somewhere between US Fox News and the UK broadcasters. It expects to reach 96 per cent of the UK via Freeview, Sky and Virgin Media.

All of this will be music to the ears of former government chief adviser Dominic Cummings, who is on record as seeing the BBC as a “mortal enemy” of the Tories. He supported the creation of a ‘Fox News equivalent’ wherein the US hosts attempt to shape public opinion, often by dressing up opinion as news.

In case you want to know when it all kicks off, the channel’s launch date has not yet been confirmed, although sometime in this spring is anticipated.