There are distinct political attractions for Boris Johnson in allowing a ‘no deal’ Brexit to occur by default, simply because it is too difficult to choose between the uncongenial options with which he is confronted. 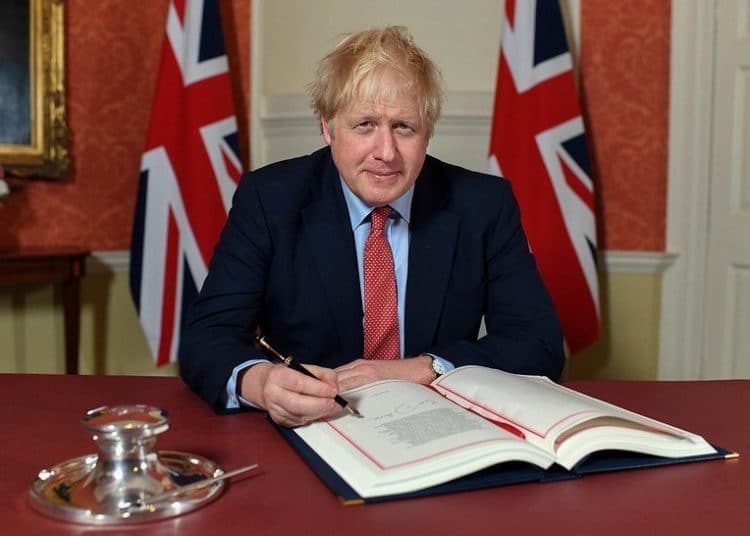 It is very difficult to predict whether the British government will be able to adopt any coherent position within the final Brexit negotiations that will be acceptable to both the EU and the Conservative Party. There are distinct political attractions for Boris Johnson in allowing a ‘no deal’ Brexit to occur by default, simply because it is too difficult to choose between the uncongenial options with which he is confronted.

If Johnson is only able to rally a bare majority of his parliamentary colleagues to support a treaty agreed with the EU then this will be nothing like sufficient to guarantee his continuation as prime minister. It would be an intolerable humiliation for Johnson and his party if passage of the treaty through parliament were dependent upon the goodwill of the Labour Party. Johnson knows by contrast that blaming the EU’s intransigence for the damage of a ‘no deal’ Brexit is a tried and tested way of uniting the Conservative Party, both in the Commons and among its wider membership.

Johnson may well be further sustained in this analysis by the knowledge that even the minimal ‘deal’, which is all that can now be achieved, will lead to economic and trading chaos in the early months of next year. Ever since Theresa May accepted that Brexit meant leaving the customs union and the single market, it has been clear that a long-term effort of British state planning would be necessary to mitigate the effects of this decision at the end of any transition period.

May’s and Johnson’s governments failed to make this effort, partly because undertaking it would advertise the damaging consequences of their Brexit policies and partly because it was more ideologically attractive to believe that the private sector could better meet the burden of adjustment than could the over-burdened British state, hollowed out by years of underinvestment and outsourcing. It is only in recent months that the government, already hampered in its functioning by Covid-19, has been able to bring itself to admit that any Brexit will involve from next year a gigantic increase in customs and regulatory formalities.

Even now it is standard to cloak this admission in implausible references to “changes and opportunities”, “investment in the customs service” or “moving house”. Such disingenuous rhetoric is understandably offensive to hard-pressed British business representatives, who are more struck and worried by the daunting prospect of lorry parks being hastily constructed in Kent to meet the overflow of lorries queueing to carry out customs formalities in Dover from the early months of 2021. The casual admission of Michael Gove earlier this week that there will in any case be no implementation period for a ‘deal’ in the first half of 2021, will have shattered an illusion apparently held by many in the business community that the transition period, perhaps under another name, might be extended beyond the end of 2020.

No good choices for Johnson

The prime minister therefore has a number of conflicting arguments to weigh in his own mind. His courtier press and television reporters will present any ‘deal’ concluded with the EU as a diplomatic triumph, a triumph moreover which will somewhat ease the obvious damage to trade with the EU in the early months of 2021. On the other hand, even with Johnson’s envisaged ‘deal’, there will still be damage inflicted at the start of next year on cross-Channel trade in particular. It will be much more difficult for him to evade blame for this damage if he has preened himself six weeks before on the excellence of the ‘deal’ he has extorted from the EU.

There can be little doubt that opposition within the Conservative Party to a ‘no deal’ Brexit would be muted at worst, perhaps non-existent. Any ‘deal-based’ Brexit would by contrast be highly controversial within his own party, his continued leadership of which depends heavily upon the most radical Eurosceptics within its ranks.

It may well be that even now, Boris Johnson has no clear idea of where he wishes the Brexit negotiations to end up. Equally, there is reason to believe that his closest advisers and Cabinet colleagues continue to be divided on the issue. Johnson’s continued pursuit of the Brexit negotiations suggests that he does not want ‘no deal’. He is, however, dissatisfied with the deal so far on offer.

He may find himself confronted with a grim paradox: neither having his cake nor eating it. The Brexit project, designed to increase British decision-making freedom, has ended up simply creating a range of options for British decision-makers, all of them equally repugnant.

Brendan Donnelly is director of the Federal Trust for Education and Research and a senior research fellow at the Global Policy Institute. He is a former Member of the European Parliament (1994 to 1999). Article first published as a blog post for the Federal Trust.

Brendan is director of the Federal Trust for Education and Research and a senior research fellow at the Global Policy Institute. He is a former Member of the European Parliament (1994 to 1999). He was educated at Oxford, where he obtained a double first in classics, and later worked in the Foreign Office, the European Parliament and the European Commission. He has written, spoken and broadcast widely on European topics. He speaks French, German and Spanish.