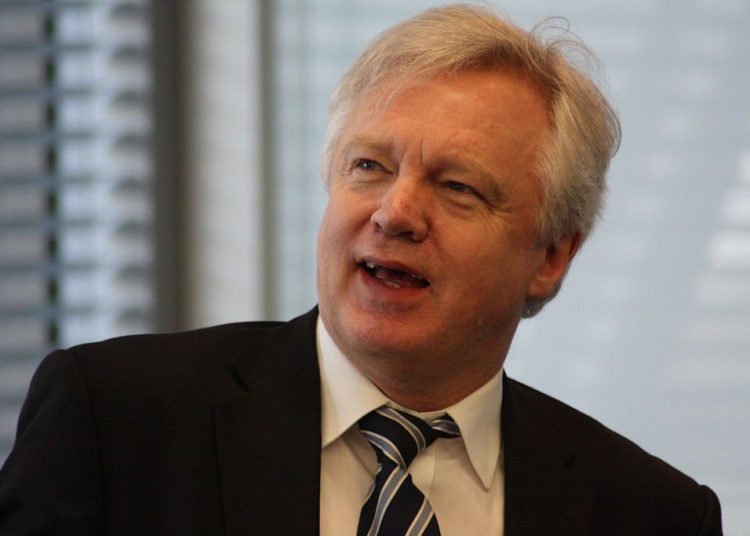 Former Brexit Secretary David Davis, the man responsible for our withdrawal from the EU between 2016 and his resignation in 2018, has revealed once again that he simply does not understand Brexit. He is, as my mother would have said, as dim as a Toc-H lamp (Google it).

The Haltemprice and Howden MP tweeted almost joyfully yesterday about a report from German insurance giant Allianz, forecasting that a no-deal Brexit would cost the EU €33bn in lost exports, including €8.2bn for Germany

He said it was “only the latest in a series of reports showing the huge damage of no deal to the EU27”.

The figure is correct but he omitted another figure, that the €8.2bn represented just 0.6 percent of total German exports. The same report explained that the UK, on other hand, would see a drop of 15 percent in total exports. In other words, we are to be hit 25 times harder than Germany. Yes the EU27 would sustain “huge damage” but what about us?

German industry, along with other EU trade bodies, is pressing both sides to reach a deal while Davis jeers from the sidelines like a mindless England football hooligan, naked from the waist up in the middle of winter to show how hard he is, and shouting obscenities at the opposition.

In his Twitter thread he also mentions a Halle Institute report from 2019, laughably claiming the highly respected German think tank was forecasting that in the event of a hard Brexit, the EU could lose 422,000 jobs while we would suffer just 12,000. This is so wrong one wonders if he has actually read the report. The huge disparity alone should have told the former Tate & Lyle executive that the ridiculously low figure was wrong. He even wrote an article about this in The Telegraph in July last year.

This is completely false. Let me try and enlighten the man Dominic Cummings once said was “as thick as mince”.

The Halle report was measuring job losses in the EU27 and in the third country supply chains of the EU companies likely to be impacted. They were not even looking at direct UK job losses because after a no deal Brexit we wouldn’t be a member of the EU. Of all people you would have thought Davis might have twigged that, but apparently not.

This is the bar chart Halle produced:

Direct job losses are in blue and indirect in green. So Germany (far left) loses 39,100 direct jobs and a further 63,800 indirect jobs (jobs supplying intermediate parts that go into the final product). Note the non-EU countries – including GBR – only show indirect job losses. You can see clearer in the expanded section below.

What Halle found was a total of 612,000 jobs would be lost worldwide as a result of the impact of a no-deal Brexit on businesses within the EU – 422,000 of these jobs would be in the EU itself, and the rest in supply chains in countries outside the EU. The UK was included as a third country, outside the EU. Obvious when you think about it – but it apparently went over Davis’ head.

Britain’s EU business supply chains would see 12,300 jobs lost, China 58,800, Japan 3,200 and so on. But there would also be massive direct job losses among UK exporters who make finished products for export to the EU which the Halle report didn’t measure at all. How many jobs would be lost? We don’t know, because the UK government refuses to publish an impact assessment.

As we have shown with the Digby Jones index, those at the forefront of Brexit appear stunningly ignorant about it.

Incidentally, Yorkshire Bylines has already covered this back in May in more depth in an article about The Express and The Telegraph spreading fake news.