ADVERTISEMENTAlgorithms don’t have a great reputation after the exams fiasco of the summer. So, you might think that the UK government would have become just a touch nervous about relying on them quite so naively in the future. In a reasonable world, ministers might have learned that that computer programmers can’t write mathematical formulae that […] 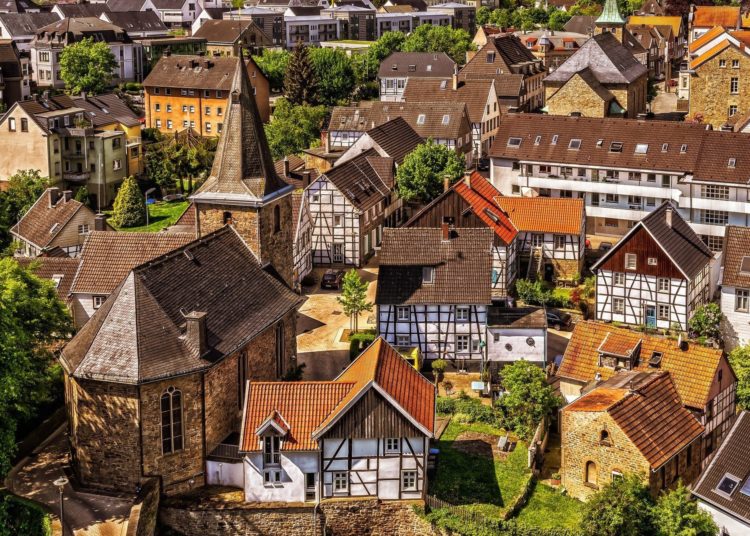 Image by Tama66 on pixabay

Algorithms don’t have a great reputation after the exams fiasco of the summer. So, you might think that the UK government would have become just a touch nervous about relying on them quite so naively in the future.

In a reasonable world, ministers might have learned that that computer programmers can’t write mathematical formulae that are capable of turning vague policy statements into flawless decisions. When you’re making judgements that impact on people’s lives, they need to be subtle and complex and that requires a degree of flexibility and judgment. Clumsily written, over-simplistic, automated decision processes can lead to some very daft decisions. As many students learned to their cost.

Yet, incredibly, the enthusiasm for using algorithms to drive policy continues to flourish. The latest area where it is to be deployed, if the government gets its way, is in housing. Across the country there are complex and varied housing markets, each of which has its own unique challenges. Take Bradford for example. It is a city with an amazingly rich resource of once grand housing and former mills just aching to be developed. If only it could be made financially viable to do so. In London and the surrounding areas, a great many of the redevelopment sites have been used up.

Yet the government intends to determine local housing requirements by using a formula based on the gap between house prices and local incomes. If that gap is too large, then central government will force individual local authorities to build whatever the formula produces as their quota of housing. Little or no recognition of different local circumstances.

What many of the neglected towns and cities across Yorkshire need are serious programmes of redevelopment that create attractive housing and good schools. What they risk getting instead are housing growth targets that make no distinction between whether the neighbourhood has large amounts of existing housing that could be restored or is desperately short of building land.

As a consequence of past housing allocations, new housing estates are rapidly being put up on green fields on the edge of suburban towns and villages. In these locations, developers know they can build homes cheaply and sell them for high prices. Farming land is being eaten up by housing developments. Meanwhile, the inner city environments and the increasingly empty high streets are left to rot. Fields that once used to grow food are sold off for nice profits. Towns that were once proud are being hollowed out. Instead of levelling up, the government is reinforcing and exaggerating relative decline and relative affluence.

The government’s latest white paper on ‘Planning for the Future’ has some fine words about using brownfield sites. But not a single one of the policies in it carries the financial or regulatory force that is needed if we are going to encourage developers to use up the sites available for reuse and refurbishment before they build new estates. The Campaign for the Protection of Rural England has calculated that there are over 1,100,000 homes that could be built on brownfield locations.

Government policy relies almost entirely on hoping that low land prices will automatically encourage development of these sites. The market simply doesn’t work like that. Changing the use of a department store that has gone bankrupt in Bradford and making it into attractive housing isn’t easy or simple and requires co-ordinated action to improve local schools and local facilities to be fully successful. Buying up a farmer’s field in Silsden and quickly putting up another new estate is a much safer way to turn a profit even if the land is a lot more expensive.

It needs a clear programme of inner city revival to turn around housing conditions across much of the north. Not top-down formulaic calculations of how much housing each local authority needs. When it comes to more rural areas of Yorkshire the problems of driving policy by algorithm are also severe.

I am the district councillor for a ward in the Aire Valley just outside Skipton. The average salary for an administrator in Skipton is a little over £21,000. The average house price is over £235,000 – ten times higher. It is virtually impossible for a local young person to save up enough money to buy a local house solely from their own income. It requires family support to stand a realistic chance of getting on the housing ladder. Particularly if you are a graduate couple struggling to pay back tens of thousands of pounds of student loans.

Essentially this means that we are back to the days of Jane Austin when it was more important what your expectations were, and how much you might get from your relatives, than what you achieved by your own efforts. The days of homeowner democracy have become a distant memory as the proportion of young people owning goes down, and the numbers living in their parents’ home into their 20s and 30s or struggling to pay rents for insecure tenancies, increases.

The assumption lying behind the algorithm that is being designed to allocate housing numbers is that if enough houses are built, then prices will come down and the young will be able to enter the market. That assumption is naïve and over simplistic in the extreme. The average price of a detached house in Skipton is over £447,000. Building houses at that price does nothing to enable people on average local prices to get onto the housing ladder. A high proportion of homes priced at this level will sell to people moving out of areas like London or who have an inheritance or family support.

Importantly building more houses of this size will inform the algorithm that the gap between average house prices and incomes has got worse and so the computer program will instruct the local authority to find even more green fields that can be turned into building sites. Unless the government incentivises local authorities to build for need, large numbers of young people will continue to find it impossible to buy a place of their own.

One obvious solution to a problem like this is to allow councils to borrow and build high quality council houses that they rent out at reasonable levels. The only reason that is not happening on any scale is political ideology. One of Margaret Thatcher’s policies that is most loved by Conservatives is that council houses must be sold off quickly and cheaply to make way for owner occupation, because they are a dangerous form of socialism. The consequence for many young people of following that policy is that they have neither a home to own nor a council house to rent.

Supplementing the private housing market by adding in some well-built homes available on secure long-term rentals is not exactly the height of extreme communism. Yet councils can’t borrow and build because they still face ludicrously generous discounts that must be given to any tenant who exercises the right to buy. That leaves the new homeowner very happy with a nice home at a heavy discount. It leaves the council owning a debt that is no longer adequately covered by an asset.

There is nothing wrong with letting people buy a council home at a market price. There is everything wrong about leaving a system in place that prevents councils from building for need for the sole reason that a long-deceased politician once gained short-term popularity by pursuing a policy that has slowly turned into a major problem.

Put simply, the problems of the housing market are down to ideology. The free market does some things very well. Creating housing for need isn’t always one of them. Local and national governments are going to have to take conscious planned action if they are going to fix the market failures that have become all too clear. Instead of a serious policy rethink, we are now faced with clumsy allocations of high targets for private builders to go out and construct what brings in the highest profits.

What could possibly go wrong? After all the policy is to be driven via a very carefully constructed algorithm.