We’ve seen two screeching, high-profile U-turns from the government this week – on school meal holiday vouchers and the Covid-19 tracing app. But a further step in the reversal of a long-term Conservative policy – of backing fracking – has slid under the national political radar. 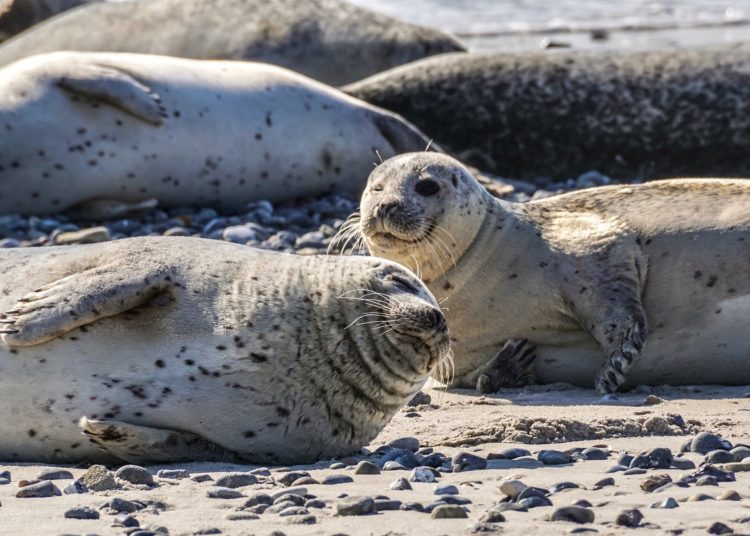 Photo credit: Look Out for Seals

We’ve seen two screeching, high-profile U-turns from the government this week – on school meal holiday vouchers and the Covid-19 tracing app. But a further step in the reversal of a long-term Conservative policy – of backing fracking – has slid under the national political radar.

Kwasi Kwarteng might be getting a pat on the back right now from No 10, after solidifying the Conservative government position on energy without anyone much noticing, telling BBC North West that: “We had a moratorium on fracking last year and frankly the debate’s moved on. It is not something that we’re looking to do.”

It is something that might have gone entirely unnoticed had not Drill or Drop, the indefatigable website pursuing these issues, posted a report.

I know plenty of people across Yorkshire and elsewhere, from Kirby Misperton to Woodsetts and far beyond, who’ll enjoy reading those words – and who can claim personal credit for the years of struggle that have stopped the frackers getting going in England.

But that hasn’t been the only thing to celebrate this week.

Up in Scotland, I’m proud that our sister party, the Scottish Greens. They were leading the way in a successful bid to end the slaughter of mountain hares – those beautiful, harmless creatures slain en-masse by the driven grouse shooting industry because they might carry ticks that could transmit a disease to the annual crop of birds destined for the slaughter that begins each year on the Inglorious Twelfth. That decision came on the same day that the Scottish Parliament also decided to stop the shooting of seals and the use of dangerous acoustic devices to try to drive them away.

Both of those victories come after long, hard years of work by many thousands of people, working out what can be achieved and driving through the change against the resistance of entrenched, well-funded lobbies. In the midst of so much suffering, chaos and pain, it is important we don’t allow these victories to slip by unnoticed.

Campaigning works. And that’s a message that needs to be trumpeted far and wide, when so many are feeling powerless, buffeted by the dominance of exploitative multinational companies, battered by the impact of austerity taking away essential local services, and feeling, correctly, that in the UK they are not in control. Not when the backing of 44 per cent of people who voted handed Boris Johnson 100 per cent of the power last year, due to our undemocratic, dysfunctional political system.

Everyone can contribute – and when I think about these three victories, I know of so many who have, in so many different ways.

On fracking, I think of someone I’ve never met, who regularly for months baked a car-full of quiches each week to feed the Preston New Road anti-fracking protectors. (I was in the car with the quiches once.)

On mountain hares, I know people who are utterly passionate about protecting hen harriers and other raptors, but correctly identified that the way to make progress in the drive against the driven grouse shooting interests behind that was to focus on a species with which the public could most easily identify and sympathise.

On seals, the Look Out for Seals campaign has been running since 2008, extending the full gamut from postcards and petitions to demonstrations.

Campaigning is hard work. It often feels thankless, the forces arrayed against us so well-funded, so well-connected through the cash-oiled revolving door of government and industry. And we seldom get everything we want. In the debate around yesterday’s new Scottish legislation, I know campaigners disappointed about the lack of a ban on beaver killing, for stronger sentences for illegal fishing in marine protected areas, and an end to tail docking of dogs.

But it’s important that before those campaigns recommence, before we point to the failures in Holyrood yesterday, that we highlight the successes, the progress. For these are part of a growing wave – a determination to #BuildBackBetter as we seek to recover from the huge shock of the arrival of SARS-Cov-2.

In this desperately nature-deprived, care-deprived nation, these victories are a sign of a change in direction. After 40 years of increasingly vicious, nasty and exploitative neo-liberalism, we’re ready for a new direction.

It is that hope of change and the clear outcomes from hard work that empowers and energises more and more people to get involved. Despair, by contrast, pushes disempowered people towards the “strong leader” far-right model, with outcomes that history warns us about.

Those quiches and postcards are crucial parts to delivering positive change, and everyone who contributed should be celebrated – given a virtual pat on the back and a chance to bask in the warm glow of success – before we move on to the next steps to a better world.