The publication today of two reports into Labour’s dismal showing in last December’s general election will be instructive reading for the party’s leadership. 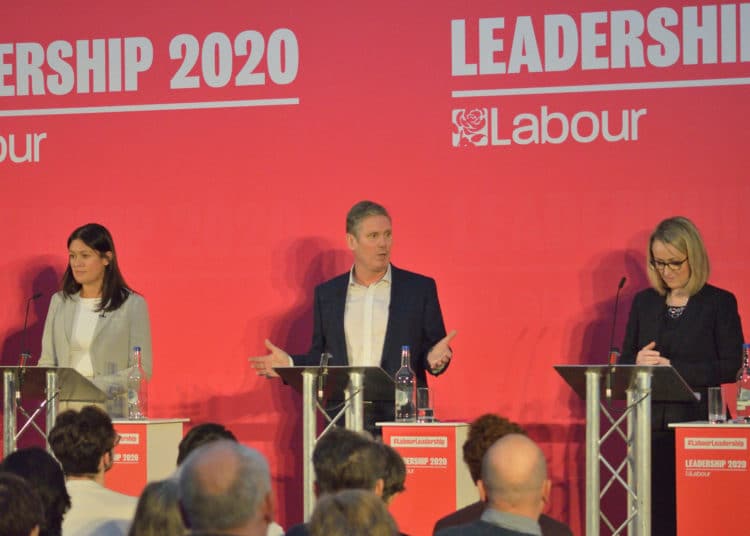 The publication today of two reports into Labour’s dismal showing in last December’s general election will be instructive reading for the party’s leadership. The two reports from campaign groups Labour Together and Labour for a European Future shed light on why Labour did so badly, not just last winter but also in the preceding three elections.

Some have been keen to pin December’s loss on the easy targets of Jeremy Corbyn and Brexit. Corbyn was the most unpopular leader of a major party going into an election since records began and Labour did mishandle Brexit.

Polling in late 2018 showed that had Labour backed a second referendum, it would have been close to winning a parliamentary majority. Half-hearted support for a new vote cost them dear. The public judged their indecision harshly. However, there is no ignoring the fact that Labour was losing votes in key demographics and regions for a long time before David Cameron called a referendum, or Corbyn’s name appeared on a leadership ballot.

The brutal truth is that there is no silver bullet that will get Labour into power next time. The good news is that a Labour win is as possible as it ever was but, as with any victory, it will take hard work, the right strategy and a detailed understanding of an electoral landscape that by 2024 will be transformed from where it was 2005 when Labour last won.

Labour Together’s report poses real challenges ­– especially for key battleground seats in Yorkshire. For decades, seats on either side of the Pennine ‘spine’ have been volatile, but Tories have targetted Yorkshire in the last three general elections.

Labour Together took evidence from across the Labour Party, trade unions, pollsters and the British Election Study. The report spells out the scale of the challenge: Labour must increase its MPs by 60 per cent to win a majority.

Yorkshire has 54 parliamentary constituencies. The Tories went into the 2019 election with 17 of them, Labour 35 and the Liberal Democrats just one. Winning 17 seats was seen as a positive outcome for the Tories in 2017, so the fact that Johnson decided to hold a general election just two years later suggested that their internal polling was predicting a significant gain in places like Yorkshire.

In Yorkshire the schism opening up between Leave and Remain voters was apparent to all parties, even before the results were in from local and the EU elections in May and June 2019. In Yorkshire, it had become clear over the past ten years that the Tories were making inroads in traditional Labour strongholds. By 2019, Conservatives had large leads in villages, rural communities and towns. A YouGov survey in October 2019 found that in ex-industrial towns like Barnsley, Doncaster and Rotherham, Labour support had fallen from 50 per cent in 2017 to 27 per cent in 2019. These figures suggested Labour would fare catastrophically in any election.

Labour Together concludes that Labour “were rejected by many of the communities we were founded to represent, losing all types of voters everywhere compared with 2017, except in London”. Whilst some may be tempted to deduce that Labour’s ambiguous position over Brexit was largely responsible for their loss in 2019, the report rightly argues that the roots of the loss “stretch back over the last two decades”.

Losing the red wall – which includes Yorkshire seats – came as a huge shock on polling night. Many of these seats had been Labour for decades. Great Grimsby now has a Tory MP for the first time since 1924. Don Valley had been Labour since 1918. Former Labour leader Ed Miliband held on to Doncaster North, but with a majority slashed from 14,000 in 2017 to under 3,000. Elsewhere in Hemsworth, Barnsley, Hull and Sheffield, Labour majorities fell significantly.

In reality, for a decade the electoral system had masked Labour’s vulnerability. As the Labour for a European Future report makes clear, Labour ‘lost’ many of these seats in 2010 before the Conservatives ‘won’ them in 2019. This meant Labour’s share of the vote had fallen from its former highs in 2010 while the Tory share of the vote stayed about the same. The difference was that in 2010 and 2015 Labour defectors voted for third parties – UKIP or the Liberal Democrats. Many returned to Labour in 2017 before finally voting Conservative for the first time in 2019.

It will be difficult for Labour to turn this round – but it is going to be equally challenging for the Conservatives to keep these seats. Their general election promise to ‘level up’ neglected parts of the country, particularly in the so-called red wall seats, now has to be delivered. Voters lent the Conservatives their votes believing that they and their communities would be better off under a Conservative government.

The Labour for a European Future report points to data that shows that Tory promises on the NHS and police rather than Brexit motivated Labour defections. Voters will be unforgiving if the Tories fail to deliver – which, given Brexit, was always possible and Covid-19 makes far more likely. Labour also needs to find a way back in Scotland, where its vote has collapsed since 2010.

In the midst of the bad news there is hope. Both reports suggest a route for Labour to do better next time. There is a mountain to climb, but Labour has more seats now than the Conservatives had in 2005. New leader Keir Starmer is the most popular opposition leader since Tony Blair. The Conservatives have failed – and been seen to fail – catastrophically over Covid-19. The next election is still four years away. It can be won, but it’s going to take some hard work.

Maybe it’s time to look at different solutions. Because if we keep on doing the same things we will get the same results. For a start let’s have conversation.