One prominent NHS figure thinks we need to re-evaluate our thinking on Test and Trace. 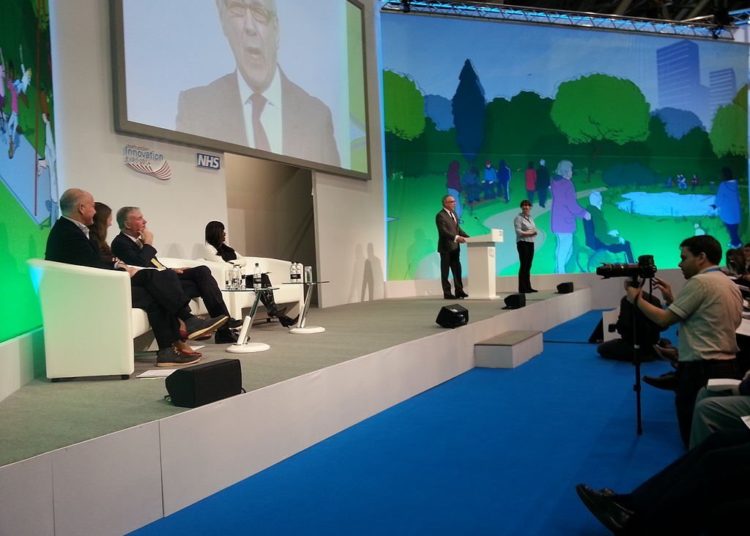 “Shurely Shome Mistake?” Test and Trace is really a winner! If everybody’s saying something, it must be true, right?

Usually, the answer is yes, for a good reason, though this truism is lost on people like the Flat Earth Society. It’s a also a truth universally acknowledged that if someone pops up to deny an accepted fact or belief, that’s usually because they don’t know what they’re talking about.

In the 19th Century, William Taze Russell, a man with no knowledge of New Testament Greek, announced to the world that for two thousand years, New Testament Greek scholars hadn’t been translating scripture properly and thus was born the Jehovah’s Witness movement.

He even went so far as to predict the exact date Armageddon would happen. Three times. After the third, he changed tack and announced that the distinct lack of fire, brimstone and eternal judgment could be explained by the idea that it had happened, but invisibly.

Trusting the government’s messaging on Test and Trace

Anyone who thinks that cognitive dissonance is a product of the worldwide web may find comfort in such stories.

But what’s that got to do with NHS Test and Trace?

Well, in the sensory, emotional and political overload of the last couple of years people have clung to reliable truths as a believer clings to scripture. In turbulent times, it becomes an act of faith, be that secular or religious, to have life rafts of certainty in order to survive.

In the UK this means that, in order to make some sense of events, several things have become accepted truths across a wide range of political opinion:

However, this last point was challenged this week from an unexpected quarter.

Roy C Lilley authors a widely read blog. He is a health policy analyst, writer, broadcaster and commentator on the National Health Service and social issues. He is also the vice-chair of West Surrey and North East Hampshire Health Authority and formerly a Conservative member of Surrey Heath Borough Council where he was mayor in 1988/89.

Despite his political affiliation, he has been fiercely critical of a succession of Tory governments’ handling of the NHS for many years, especially after the Lansley reforms of 2012.

According to him, saying that test and trace isn’t working, is “a trope, trotted-out by lazy journalist and not very bright politicians.”

His logic is worth considering. He says:

“Not working? Well, yesterday they provided 1.5m tests. I can’t think of any other service, or supplier, that did 1.5m of anything yesterday, part from, maybe, Amazon?

“In terms of tests per thousand, our TT&I (Test, Trace and Isolate) tested more people than the US, Canada, Germany, Turkey and Australia combined. More than Italy and France put together.”

“It’s cost a shed-load, more than the whole criminal justice system, but… it started from scratch. It wasn’t set up properly by the DH and because there was no ready, go-to organisation, big enough to manage the call-handling, train people and get the testing underway, there was a scramble to build something employing more people than the army, delivering on the scale of Amazon, logistics more complicated that all the supermarkets, a laboratory infrastructure bigger than anything in Europe, develop software and a mailing capacity, to every address in England.

“At the time PHE was only funded for 10,000 tests a year, only assayed test-procedures and had no mechanism to approve new testing laboratories. In terms of a rolling average, T&T now test twice the numbers of Italy, France, US, Canada, Germany and Japan. It is a massive management success.”

The real scandal is where the money’s gone

He may have a point. Maybe the story isn’t that NHS Test and Trace is unfit for purpose, but that the real scandal is cronyism and waste combined with a reliance on eye-wateringly expensive consultants and incompetent leadership in the cabinet.

And as for, isolation, Lilley is clear where he thinks the real problem lies: statutory sick pay. Or, as he colourfully puts it:

“If BoJo won’t stump up enough to pay people to stay at home, you can only expect they’ll keep quiet and go to work.”

Certainly, as we’ve previously reported in Yorkshire Bylines, the high number of infections in West Yorkshire is due to the predominance of jobs where people can’t work from home.

The question remains as to whether the test, trace and isolate system is reducing infections? Lilley concedes that the government’s own select committee report says there is no evidence. He does point out, however, that the absence of evidence does not mean that it isn’t happening, as we can’t blind test the assertion.

So, what are we to believe? Is it all a matter of faith? Do we dismiss an authoritative figure as Lilley? If we do, are we no better than people in MAGA hats?

This one, as they say, will run and run.