For this instalment of Vital Venues Marcus Cain makes a virtual trip to Plot 22 in Sheffield and speaks to Mike, a member of the management team there. 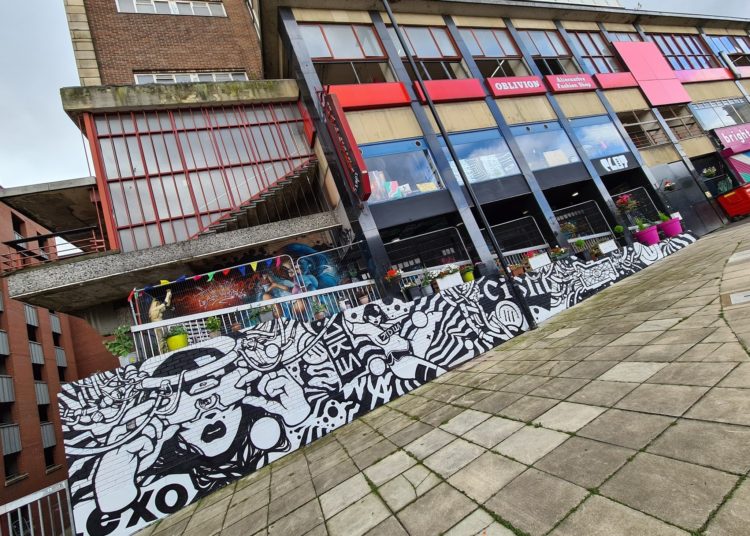 Plot 22 is far more than just a music venue, it’s a creative space that provides support for young people and vulnerable adults in Sheffield alongside the RiteTrax record label.

The venue had been closed for refurbishment and was due to re-open on 20 March 2020, the day the UK’s first lockdown was announced. Despite this the venue is still alive and kicking.

As Mike explains, “We missed out on a lot of projected income this year but it wasn’t like we were operating every week, we never actually got to re-open. In some ways this made us deal with it a little bit better because we were already busy generating other income streams. The community support work element of the business took precedent during the pandemic”.

Plot 22 in Sheffield: more than just a music venue

Plot 22 was identified by the Music Venue Trust (MVT) as one of 30 music venues and cultural centres in the UK most at risk of permanent closure during the pandemic. Their #SaveOurVenues crowdfunder campaign saw just under £15,000 raised to keep Plot 22 ticking over until life gets back to normal. Mike told me just how important that support has been:

“MVT have been great. That whole campaign did a lot for us and other venues. It gave everyone a broader platform than they would have had if they were Crowdfunding on their own. It’s been massively helpful in making sure we can pay core costs – rent, staff etc. It’s taken us through a critical stage financially”.

“They’re of massive importance: keeping the culture interesting, generating new ideas and providing a place for people to express themselves and explore new ideas. It’s invaluable for people to see that there are people making a living from music and following their passions. We work with young offenders and vulnerable adults so they’re not just venues, they’re hubs of support for these people”.

I was keen to find out how important Plot 22 is to the people that Mike and others at the venue work with every day:

“RiteTrax was an idea I had while in prison in Doncaster. I was thinking about ways to work with people in the community and provide them with a therapeutic activity after realising how important music was to me.

“I was working with people who have some very complex issues, appreciating why they’ve got them and why they’re in the situation they’re in – music breaks down a lot of barriers.

“Once Plot 22 was established we started doing more targeted community work. Sometimes people find out they’re good at something they didn’t think they were good at whether it’s DJ-ing, lyric writing, beat-making or learning an instrument.

“For someone struggling with an addiction, giving them something regular and creative to do really keeps them going. A lot of the support they had disappeared at the start of the pandemic so it’s more important now than ever”.

To finish off, Mike told me about his plans for the next six months:

“In summer we’re hoping to do a lot more outdoor stuff – we’ve got quite a big outdoor area so we want to use that space for exhibitions, food etc. We want to offer more services like broadcasting and rehearsal spaces. We’ve also got plans to launch a label that’s a bit more holistic, with spoken word, bands and solo artists”.