Now is not the time to let the virus rip through the population. Now is the time for the government to start doing a more effective job. 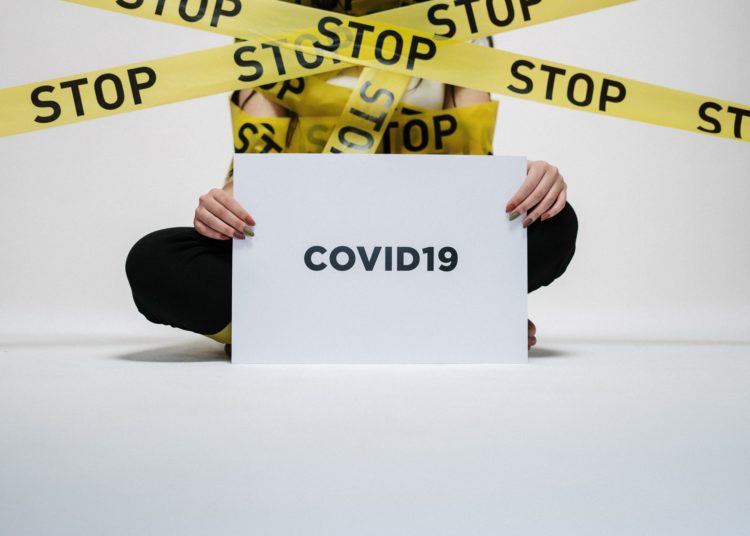 If there is one thing worse than Donald Trump, it is Donald Trump on steroids. Before his dreadful performance at the first presidential debate, he tried to insist on Joe Biden being given a drugs test to see if he was being artificially stimulated. After his illness he emerged with such a powerful cocktail of drugs inside him that he almost burst with misplaced over confidence.

Such misplaced over confidence is clearly every bit as catching as covid. Boris Johnson acquired it weeks ago. Anyone remember when he responded positively to the assertion that it was your patriotic duty to go to the pub? Or when he tried to insist that people must go into the office physically in order to get us back to normal? Or his removal of restrictions on holiday air travel, followed up by constantly changing and under-controlled self-quarantine arrangements before restoring those restrictions? Or when he told us weeks ago he was hopeful it would all be over by Christmas? Or, going back further in time, when he shook hands with people in a hospital ward and irresponsibly boasting about it in a press briefing, at a time when the rest of the nation was supposed to be self-isolating?

The utter failure to put in place the only measures that are known to work, has resulted in many more deaths and much more economic damage than has been experienced in the vast majority of other countries. Admittedly, Trump’s US and Bolsonaro’s Brazil have done worse. But sharing that record of ideologically driven failure is not something any UK prime minister should be proud of. Promises of wonderful cure-all software solutions may have sounded great to some when they were announced. They just haven’t worked well enough.

The single most direct and effective way of controlling the spread of this virus is early identification of which people are infected, and rapid isolation of those people and their contacts. Because the government has failed to achieve that, we are in a situation where infection rates are rising, hospital beds are filling up with Covid patients, death rates are beginning to reflect the recent steep rise in infections, and there are serious problems in many different parts of the UK. Spare a thought for anyone in pain waiting for a ‘non-urgent’ operation.

We are also starting to lose any semblance of national unity over the best way forward. The only thing that almost everyone agrees with is that we don’t want to be in the current situation. How we get out of this situation without paying a heavy price, is much less clear.

Some very unpleasant views have started to appear. Charles Walker MP, the vice chair of the 1922 back bench committee, told radio 4 listeners on the morning of 12 October that, “the fact is that people in their 80s and 90s die. We just can’t save every life because the price to the living is too high”. His openly stated theory is that we should isolate those sections of the elderly who wish to stay alive, and let the young carry on doing business. He sounded like he was quite prepared to exploit the very real fears of the business community to promote his own career, regardless of the death toll.

He was followed by a medical expert who pointed out that rather a lot of young doctors and nurses had died and it is hard to do business if people are scared to go out of their houses in the middle of a pandemic. The risks to the young of long covid are very real. So are the risks of overwhelming the health service if the disease runs rampant and young people infect their parents.

But any policy that asks people in some areas of the country to isolate themselves to protect others surely needs to be accompanied by proper financial support for those areas and those individuals who are being asked to obey unpleasant restrictions or close businesses. You can’t have local lockdown on the cheap. Nor can you work collaboratively with local leaders if you try to use some of the money you have held back to bribe some and bully others.

Small wonder that it wasn’t just Andy Burnham but also several ‘red wall’ Tory MPs who proved reluctant to allow Johnson to enforce a very severe lockdown on Greater Manchester that was accompanied by a very weak support package. Small wonder the people of Liverpool feel forgotten and neglected once again. It needs rapid and major financial support to prevent a local lockdown destroying a local economy for decades to come.

Letting some people claim back two thirds of their income for a few weeks before they are asked to try and retrain for local jobs that don’t exist because businesses have gone to the wall isn’t enough to encourage communities to voluntarily go through a great deal of pain.

Those of us who have argued throughout for locally organised identification of exactly who has the disease and their isolation are deeply frustrated by the rows over which second-best policy is the least worst. The sooner we deploy large numbers of unemployed people to work on effective local test, trace and isolate systems that come to your door the better.

Caroline Lucas from the Green Party called for something along these lines at the very start of the pandemic. She warned about the dangers of encouraging international flights. She tirelessly campaigned for proper financial support for the self-employed and those who have been required to shut down or restrict businesses or lose jobs in order to help others. She was not the only one. At times like these some people find it easy to be wise before the event. Others seem hell bent on trying to put the best possible spin on the mess we have got into this week.

Now is not the time to give up and let the virus rip through the population. Now is the time for the British government to start doing a more effective job. Expecting Boris Johnson to suddenly become competent, after his track record of utter failure so far, is not realistic. We’ve reached the stage where we need a government of national unity to appoint some competent ministers.

I live in hope but not expectation. It is a touch better than misplaced over confidence.