The battle to organise an Amazon warehouse has led to a violation of workers rights with insistence on speed and surveillance. 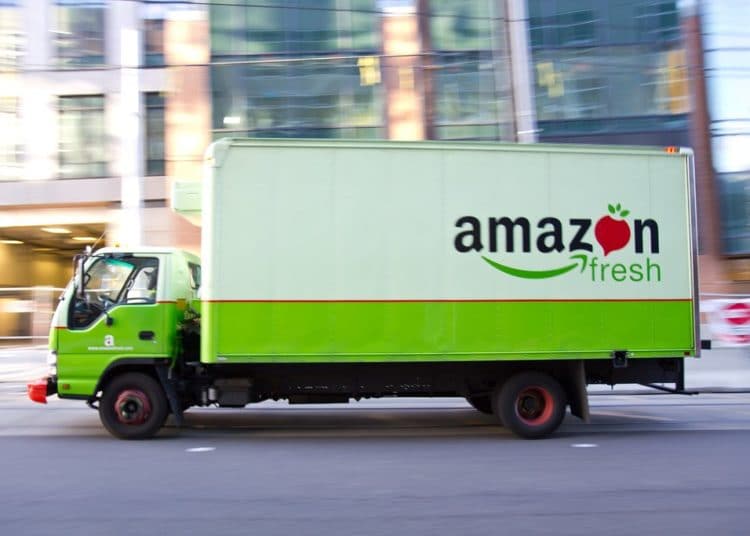 "Amazon Fresh" by Atomic Taco is licensed under CC BY-SA 2.0

Granville Williams on the background to the fiercely fought battle to organise an American Amazon warehouse.

Working conditions at Amazon warehouses were in the spotlight long before the company hit the headlines with its hostile reaction to demands for a union in Bessemer, Alabama.

This is one UK driver explaining the daily work pressure:

“I do what’s called a large van route which means my van is larger than the standard vans. Amazon still expect me to be able to turn straight around in the road all the time even down narrow lanes. The parcel counts and stops counts are through the roof, we are unable to finish our ‘9 hour’ routes within the allotted time frame.

“We are all at the end of our tethers, we are shattered, mentally drained and physically exhausted. We are not robots, just because the computer routing tool says this number of parcels can be done in a cyber environment, does not mean it actually can in the physical world.”

Or the revelation from Amazon workers in the US who highlight that the pressure to meet quotas means that drivers pee in bottles or defecate in bags.

Working conditions were also what prompted Darryl Richardson to push for a union amongst the 5,500 workers at the Amazon warehouse where he works in Bessemer, Alabama. His quota is to pick 315 items an hour, five items a minute: toilet paper and toys, baby food and books destined for Amazon customers.

Amazon’s cavernous warehouses have been found to have twice the rate of serious injuries per 100 employees compared to the industry average. A major factor in these injuries is management’s fanatical insistence on speed, with workers in some cases expected to perform a task every six to nine seconds, as Darryl Richardson testifies.

Amazon’s intrusive surveillance of its workers

Bessemer, a suburb of Birmingham, was once a thriving union community, with steel mills, coal mines, and a Pullman railcar factory and the announcement of a new Amazon warehouse was greeted positively.

Five months after the warehouse – called BHM1 and one of more than 100 fulfilment centres across the US – opened in 2020, Richardson began pushing for a union in a high-stakes campaign – it’s the first time a union has sought to unionise all the workers at an Amazon warehouse in the United States.

The union drive was organised by the Retail, Wholesale and Department Store Union, but Amazon has mounted a fierce, unrelenting counter-offensive.

It first tried unsuccessfully to delay the mail-in ballot. Then it began texting several anti-union messages each day to workers. It has forced workers to attend ‘information’ meetings where managers belittle unions. It even put anti-union posters in the bathroom stalls.

“You go to the bathroom for privacy, but then you have a flyer right in your face”, Richardson said. “That feels like a type of harassment. That’s extreme to me.”

In one final effort, the National Labor Relations Board (NLRB) rejected a request by Amazon to install a video camera to keep an eye on boxes containing thousands of ballots. Amazon had also requested the NLRB apply other enhanced security measures around the ballot boxes, seemingly to prevent issues like tampering.

Amazon’s action echoes the kind of tactics Donald Trump used last year to discredit the integrity of voting in the election.

Support for the union drive at Amazon

The union drive at Amazon won high-profile support. President Joe Biden denounced some of the tactics that companies including Amazon regularly use to bust unions. “There should be no intimidation, no coercion, no threats, no anti-union propaganda. No supervisor should confront employees about their union preferences”, he said.

Why has Amazon adopted such an aggressive anti-union stance, not just in the USA but here in the UK where the GMB union has been trying to win union recognition at company sites for years?

The answer is, its owner Jeff Bezos wants unfettered control of his sprawling empire. People work for him on his terms. For some that means high pay and a total acceptance of his operating methods.

But for most of the 1.2 million employees worldwide (pandemic-fuelled online shopping led Amazon to add 400,000 jobs in 2020) it means accepting surveillance and intrusive monitoring during their working hours.

Amazon’s profits also soared into the stratosphere in the midst of the pandemic. Its 2020 full-year profits were $21.3bn and the rise in Amazon’s share price last year added $70bn to the private fortune of Jeff Bezos, already one of the richest people on the planet.

What impact has media reporting had?

There is a disconnect between the harsh reality of working life in Amazon’s warehouses and the way the company is reported in the media.

The business press focuses on breathless reporting of the company’s “superior logistics knowledge and technology capabilities” allowing it to “shorten its delivery time from click to door. In early 2020, Amazon reduced click to door time from 3.4 to 2.2 days (the industry average is 5.1 days)”.

The human toll behind this reduction is invisible in such reporting.

The economic and social impact of Amazon’s operations

Critical scrutiny of the economic and social impact of Amazon’s operations until now has largely come from trade union activity and books like James Bloodworth’s Hired: Six Months Undercover in Low-Wage Britain. The latest book attacking Amazon is Fulfillment: Winning and Losing in One-Click America by Alex MacGillis and it’s very good.

Surveying the debates over widening inequality, MacGillis notes they tend to focus on individual income, “rather than on the landscape of inequality across the country” – and that landscape, he says, is increasingly shaped, sorted and even governed by Amazon. The result is galloping prosperity for some Americans and unrelenting low pay and uncertainty for the many.

A tweet by Bernie Sanders, before he visited the Alabama warehouse, sums it up: “All I want to know is why the richest man in the world, Jeff Bezos, is spending millions trying to prevent workers from organizing a union so they can negotiate for better wages, benefits and working conditions.” 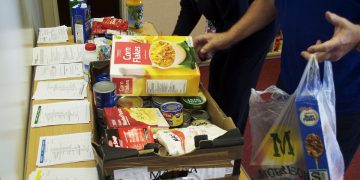 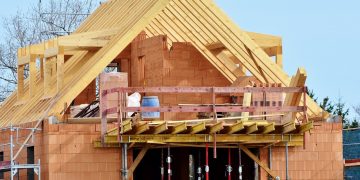