Riots in Northern Ireland stem from frustration and anger among loyalist communities concerning the NI protocol. 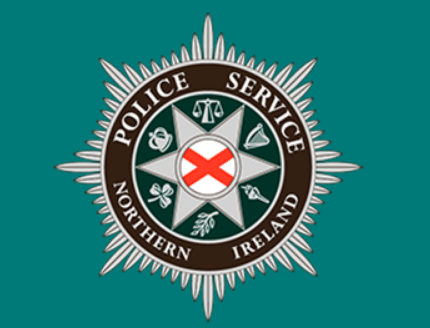 The Police Service of Northern Ireland says nine officers were injured during disorder on Monday night (5 April) bringing the total number of PSNI officers injured during the recent spate of violence to 41.

Petrol bombs were thrown in the latest attacks in Carrickfergus and a car was set alight in the Waterside area of Londonderry. There was also disorder in Newtownabbey and Ballymena.

According to reports, members of the South East Antrim UDA warned business owners in Newtownabbey to close premises early or risk being attacked ahead of a weekend of what has been described as carefully planned violence. Police were told in advance of the actions of the breakaway loyalist group.

Rising tension in Northern Ireland is claimed to stem from frustration and anger among loyalist communities concerning the NI protocol which is widely thought to be separating the province from Great Britain by a sea border and has already created some disruption at ports of entry.

There are also suggestions of resentment by unionists after the PSNI said Sinn Féin politicians who attended the funeral of republican Bobby Storey, in spite of the event contravening current Covid-19 rules, would not be prosecuted.

Derry/Londonderry saw a seventh night of violence out of the last eight, when a group of about 20 young people gathered at the site of a burning vehicle in the Sperrin Park area.

Police Federation chair Mark Lindsay has said there was “obviously paramilitary involvement” in the recent violence. Northern Ireland Secretary Brandon Lewis and leaders of political parties on both sides have called for calm.

Arlene Foster, the Democratic Unionist Party leader, said last week: “I appeal to our young people not to get drawn into disorder which will lead to them having criminal convictions and blighting their own lives. I also ask parents to play their part and be proactive in protecting their young adults.”

Brandon Lewis, commenting on rioting in Belfast last week said, “Violence is never the answer. There is no place for it in society. It is unwanted, unwarranted and I fully support the appeal for calm”.

The violence presents Johnson with a serious problem

The sporadic outbreaks present a serious political problem for Boris Johnson. The Brexit withdrawal agreement, of which the NI protocol is a part, was agreed by him and presented to the UK electorate in 2019 as an “oven ready deal”. In their manifesto, the Conservative Party said:

“We will ensure that Northern Ireland’s businesses and producers enjoy unfettered access to the rest of the UK and that in the implementation of our Brexit deal, we maintain and strengthen the integrity and smooth operation of our internal market.”

Yet many now see this will not be the case.

The NI protocol is an “unmitigated disaster”

He called for Article 16 of the protocol to be invoked, allowing the UK government to take unilateral action as a result of the negative consequences relating to the agreement.

The DUP and other Unionists have launched a legal challenge to the NI protocol on constitutional grounds. And last week Mr Paisley joined Ballymena haulage company Blair International as initial claimants in a second, class action against the UK government, alleging the new Irish Sea trading arrangements infringe the economic rights of Northern Ireland citizens.

Johnson has little room for manoeuvre. The Irish border trilemma has only three possible solutions. A land border on the island of Ireland, ruled out by both the USA and the EU, or the current sea border arrangements (or a version of them) which now face multiple legal challenges and have already sparked off violent protests across the province.

The only other option is close alignment with or membership of, the single market and the customs union. However, since the referendum hardline Brexiters have insisted that the only true Brexit is a hard Brexit and any suggestion otherwise has been rejected, including by the current prime minister, Boris Johnson