Racial disparities within our healthcare system are a virus that plagues the NHS. People from minority ethnic backgrounds in the UK face worse outcomes personally and professionally, as both patients and healthcare staff. The Covid-19 pandemic has only served to highlight these longstanding injustices. 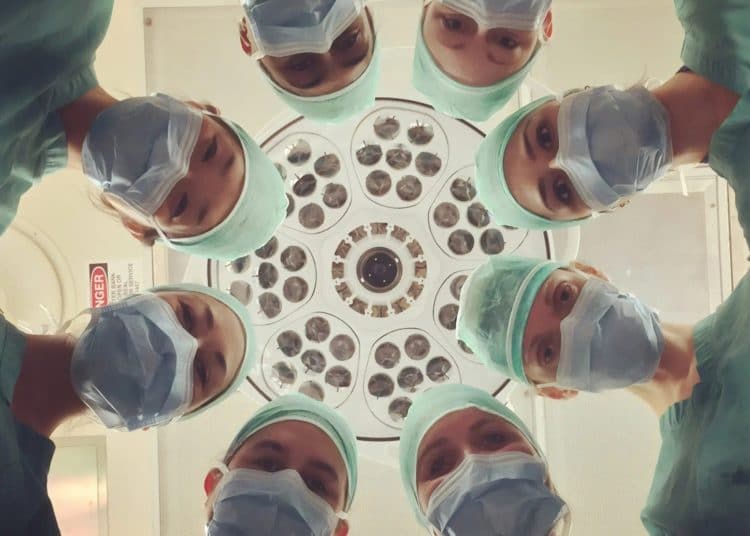 Racial disparities within our healthcare system are a virus that plagues the NHS. People from minority ethnic backgrounds in the UK face worse outcomes personally and professionally, as both patients and healthcare staff. The Covid-19 pandemic has only served to highlight these longstanding injustices. As a future doctor, I firmly believe that these issues must be addressed as the world gradually begins to heal.

Racial disparities: an atmosphere of change

In parallel with the resurgence of the Black Lives Matter movement, racial discrimination has been at the forefront of the collective consciousness over the last year or so. Following shocking events in the USA, the fervent atmosphere of revolution soon travelled across the pond and social media exploded with protests, posts, and petitions.

We can all agree that this upheaval in the status quo was long overdue, however for the roughly 14 percent of UK residents identifying as being from an ethnic minority background – the injustices highlighted by recent events are a daily lived experience.

Racial disparities and the impact of the pandemic

At the same time as this uproar and demand for justice bubbled to the surface, a devastating global pandemic inverted life as we know it. The destruction left in the wake of the virus has further emphasised inequities by shining a light on the longstanding disparities amongst outcomes for ethnic minority individuals within healthcare.

As a medical student of mixed heritage, these recent events have directly affected me, and I have had the unique experience of being on the frontline of the interface between healthcare and racial disparity on a professional, as well as personal level.

The Office for National Statistics has concluded that almost anyone from a minority ethnic background is more likely to die from Covid-19. Even when taking into account key characteristics such as geographical location, socioeconomic status, and health considerations – including pre-existing conditions and age – this fact still stands.

Racial disparities: being ‘minority ethnic’ in the UK

The stark picture created by these statistics is not an isolated occurrence. Throughout practically every facet of healthcare, people from ethnic minority backgrounds face worse outcomes than white people.

The NHS provides a wealth of troubling figures outlining the realities of the situation. From birth, right through to adulthood, the outlook for ethnic minority individuals is poorer:

This is just a snapshot of the ingrained and systemic inequities that plague our health and social care system. As shocking as this may be to those unaffected by such statistics, similar findings can be seen on the flipside of this demographic – amongst those working in the NHS as healthcare professionals, rather than being treated as patients.

Racial disparities across healthcare in the UK

These discrepancies can be traced throughout my journey in medical school – from the attainment gap in exam performance, to personal experiences on placement, to the fact that doctors from a minority ethnic background are paid less and are more likely to be reported by a patient than doctors from a white background.

Clearly, this group of medical students or doctors are not less able or intelligent than any of their peers – indeed, research has shown that even when accounting for previous grades, socioeconomic status, study habits and personality, the gap in academic performance remains.

So why then, do these differences across healthcare exist? Why are patients from this background more likely to die from Covid-19, and the doctors treating them less likely to succeed in their career?

There is a wealth of contributing factors behind these findings.

In medical school, being an ethnic minority student can affect your relationship with teachers and tutors. Many stereotypes can, even subconsciously, alter the way teachers interact with their students.

One study into the area found comments from white clinical teachers such as “Some [Asian] students, I wonder if they want to do medicine at all, or if they’re just pressured into it”, a finding which was echoed in the experiences of Asian medical students within the same study.

These issues also seep into clinical practice further down the line, with trainees identifying as minority ethnic being less likely to report that their senior supervisors have offered support in pressurised situations and more likely to express that their supervisor ‘didn’t believe in them’.

Coupled with the sense of disempowerment that doctors and medical students feel towards affecting change at an individual or organisational level, probably due to a lack of education and knowledge in the area, these disturbing trends have been allowed to continue to breed unchecked.

So, what’s the answer?

Clearly, there is no one solution that will eradicate these problems overnight. The approach we must take is a multifaceted one, involving openness, willingness to learn, better education and training around ethnic diversity, as well as collaboration between clinical staff, students, and managerial/clerical staff at all levels.

I describe myself as Arab and White British. My ethnic background is just one example of the constantly evolving melting pot of mixed people that reside within a rapidly globalising Britain. This trend is keenly reflected in our National Health Service, where more than 22 percent of staff identify as being from a minority ethnic background.

It is therefore my view that in many ways the NHS acts as a microcosm of wider society – with a vast range of healthcare professionals as well as patients from a myriad of backgrounds, be that socioeconomic, ethnic, level of education, or beyond. This is also why I think the NHS acts as an ideal platform to instigate change.

The changes we make within our NHS now will inevitably have a knock-on effect on the society it serves and allow the UK to be truly proud of our unique and exceptional healthcare service.

As the NHS, the rest of the country, and indeed the world, begins to heal from the virus that has transformed our lives, how we interact, who we value in society and so much more, it is my hope as a future healthcare practitioner, that we can also begin to heal the racial inequities that are just as damaging.