This week the EU parliament debated and voted on a motion approving a 137-page report setting out their “Recommendations on the negotiations for a new partnership with the United Kingdom of Great Britain and Northern Ireland”. 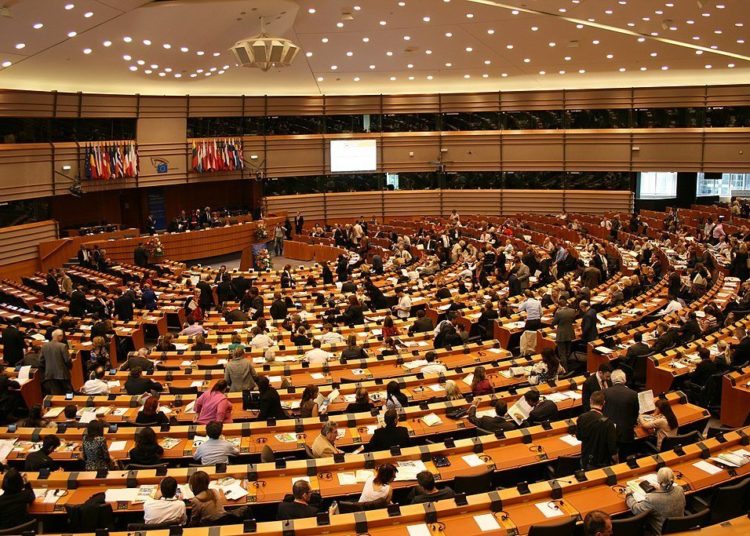 This week the EU parliament debated and voted on a motion approving a 137-page report setting out their “Recommendations on the negotiations for a new partnership with the United Kingdom of Great Britain and Northern Ireland”.

The vote took place yesterday and the motion was given what the EU are calling “unwavering support”, with 572 MEPs  in favour and just 34 against. There were 91 abstentions. The Dutch MEP Liesje Schreinemacher tweeted:

Today the @Europarl_EN called for an #FTA that is conditional on a strong level-playing field. As time is running out, we should make real progress in the negotiations. #UK gov’t will have to live up to its commitments in the Political Declaration ???? #Brexit pic.twitter.com/LveGPdt43c

On Wednesday, Kati Piri a Hungarian-born Dutch MEP and the rapporteur charged with coordinating the parliament’s position on the UK-EU negotiations across the political groupings, told the EU parliament: “I’m proud to say that parliament is united on a strong text with a clear political message, and that message is simple: yes we want a deal, but we will not simply consent to any deal.”

In other words, no deal is better than a bad deal.

Piri said consent for the final deal would be “conditional” on a strong “level playing field” condition, as well as an agreement on fishing.

Jim Brunsden, Brussels correspondent for The FT reported it as: MEPs threaten UK with sanctions over fishing rights.  His report says:

“The arrangements should ‘ensure that any breaches of provisions concerning reciprocal access to waters and resources can be subject to sanctions, including the suspension of preferential tariffs for UK goods in the EU market’, the MEPs said”.

Brunsden suggests it is a sign of the difficulties that lie ahead in months of intensive Brexit negotiations to come.

The MEPs’ position points to a deal where the EU would be able to retaliate if the UK deviates from any part of the agreement. The possible sanctions include raising tariffs on UK exports, leaving British exporters with a permanent sword of Damocles hanging over their contracts and business models. Nissan for example would not know from one year to the next if their Sunderland plant was a sustainable operation.

In their recommendations, MEPs also demanded that Britain continues to allow EU fishermen their existing rights to fish in UK waters.

The FT points out that the assembly will have a binding vote on any future EU-UK trade deal, which will only be able to take effect with MEPs’ formal approval, something which cannot be taken for granted.