There are 170 days until we leave the EU, and just five working days left before MPs go off on their summer jollies. 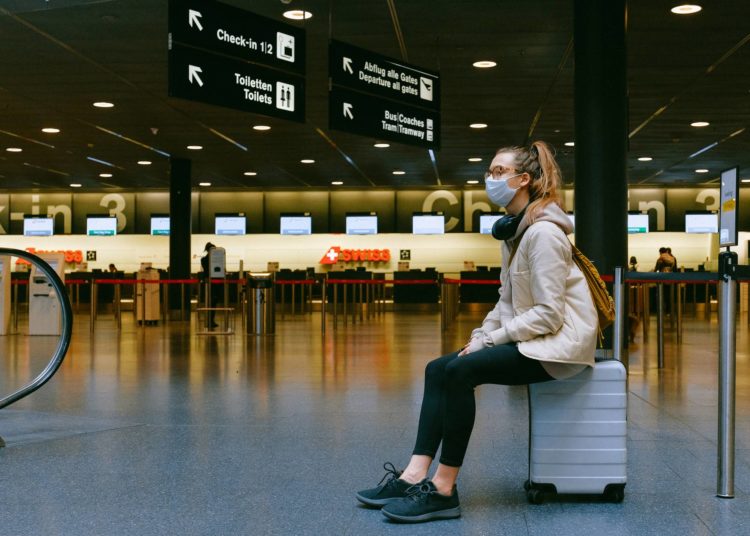 Photo by Anna Shvets on Pexels.com

There are 170 days until we leave the EU, and just five working days left before MPs go off on their summer jollies. Those with any sense may want to think about using their vacation to visit the EU now (quarantines permitting) before the unprecedented travel measures kick in from 1 January next year.

To prepare us for this newfound freedom the government yesterday launched a series of adverts explaining how travel to the EU will change from 1 January 2020. The changes affect both holidaymakers and those who do business in the EU and it includes details on things like travel insurance and how to take pets abroad. The campaign has the tagline Check, Change, Go and will run across TV, radio, outdoor, digital, print and direct mail for the next few months.

Unsurprisingly social media is already having a field day with this one.

Or, as the  Guardian rather drolly put it, “Check what Boris Johnson said during the referendum campaign; change your plans to visit the EU; go back to the 1970s.” This summed up the general mood.

Alongside the advertising campaign, the government is launching a ‘field force team’ to offer one-to-one support. A cynic could be forgiven for questioning the need for a campaign of this size when we have been told by MPs and government ministers, ad nauseum, that the public knew what exactly they were voting for in 2016. I’m not sure why they now feel they have to spend millions telling us what – er – we voted for.

So just exactly what lies in store for us on 1 January? And just what are the “changes and significant opportunities for which we all need to prepare” that Michael Gove promised at the weekend?

There are some obvious and basic things like check your passport, get travel insurance that covers your healthcare and check you have the right driving documents. Things you would normally do when travelling abroad. So what’s changed?

For a start, there will be no more reciprocal healthcare arrangements under the EHIC card scheme. This means anyone travelling from Britain to EU countries will need comprehensive travel insurance. There will also be no more statutory protection against mobile roaming charges and providers are only required to send users a text when charges abroad exceed £45.

Those used to taking pets to the EU will now have to organise pet travel. The strong advice is to contact your vet at least four months before you go because the pet will need a rabies-free blood test at least three months old, with the test taken at least 30 days after a rabies vaccination, if needed.

You may also need an international driving permit, depending on which country you are visiting, and people driving in their own car may also need an insurance “green card” to prove that they have adequate cover. And if you are travelling for business then you will need to check what entry requirements there are, if any, and if you are providing professional services like legal services you may need to find out if your qualifications are now recognised.

Importers and exporters will need to comply with a new 90-page rulebook to qualify for an economic operators registration and identification (EORI) number to take advantage of any new non-border customs clearance arrangements. Permission may also be needed to temporarily move or export goods outside the UK, for example if you take sales samples to a trade show. This includes things like samples to show at trade fairs or sales meetings and covers equipment you need for work like laptops, cameras or sound equipment and goods for educational, scientific or cultural purposes.

Those living in or around the ports of Dover, Portsmouth and Holyhead won’t need to leave home to be reminded of what’s coming round the corner, as the government embarks on new customs clearance infrastructure at a cost of around £750m. And as an added Brexit bonus for local residents in Ashford, a 27-acre ‘Brexit customs clearance’ site has been acquired by the Department for Transport. The plans were secret until last Friday when the local council was contacted out of the blue. Work on the site started yesterday.

To round off what can only be described as a pretty busy day at the office for the government, Priti Patel published a 130-page document outlining the new points-based immigration system. The government has little time to get this through parliament and functioning by year’s end, leading Labour to say the proposals have been rushed. Clearly they haven’t been very well thought through, as proposals for visas for foreign health professionals could cause major problems for the social care sector. Expect more on this at PMQs tomorrow.

The scale and pace of what the government has to put in place for a smooth transition is just beginning to hit home. Ed Davey was quoted in Huffington Post as saying “Businesses right across the United Kingdom have struggled to survive financially over the past few months as a result of the coronavirus crisis. The fact that the government is now trying to force them to gear up and prepare for the end of the transition period will fill them with utter horror.”

It’s not just businesses but it’s communities up and down the country, and people who have family living in the EU or are just planning holidays next year. Slowly people will have to start getting their head around the realities of leaving the EU. And the costs are eye watering. There may well be opportunities but the government has to do a better job of explaining what they are.

The intelligence and security committee: a study of scrutiny and accountability