Carloyn Fairbairn, director general of the Confederation of British Industry (CBI) has warned the government that many firms in Britain are not “remotely prepared” for a “chaotic change” in EU trading relations in seven months’ time. 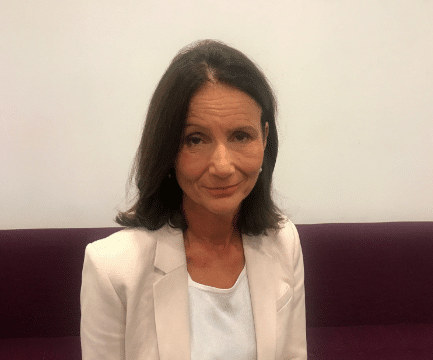 Carloyn Fairbairn, director general of the Confederation of British Industry (CBI) has warned the government that many firms in Britain are not “remotely prepared” for a “chaotic change” in EU trading relations in seven months’ time.

Writing in Politico, she says many firms are fighting to keep their heads above water through the present crisis and their resilience and ability to cope is almost zero.

“Many businesses, especially smaller ones, have burned through cash reserves they would have otherwise used for rainy days. One logistics firm would need to hire 300 new border officials starting in June to prepare for a no-trade deal Brexit, and are asking whether they should do this — and how this can possibly be a sensible use of their stretched resources.”

But she falls short of asking for a transition saying it’s “not clear extending the transition period would necessarily bring a better deal in the future.”

What she is adamant about is that companies do not have the resources to manage a no deal exit in January after struggling through 2020 with a total focus on immediate survival and recovery.

She urges the government to replicate in the current talks what many companies are doing right now and to fight for  “every decimal point of economic growth.”

Ms Fairbairn says that by the end of the year companies will be climbing back onto their feet and the abrupt introduction of restrictions on trade and movement with the EU at that point would be a “hammer blow.”

She calls for the current air of resignation hanging over the talks to be shaken off and replaced by a new dynamic and determination on both sides.

In recent months it has been reported that many companies are reluctant to speak publicly about the consequences of leaving the EU without a trade deal in place, fearing a backlash from government. This has been made particularly difficult after the furloughing scheme was announced with many large firms relying on taxpayers’ money to survive. The head of the CBI is treading a fine line and her words are probably as far as she thought she could go.

But unless progress is seen very soon, expect the muted warnings of business groups to become a cacophony.