In troubled times, with rampant division, there remains one part of our culture about which there must surely be widespread unity, especially in the forgotten land of the North of England: Pies. 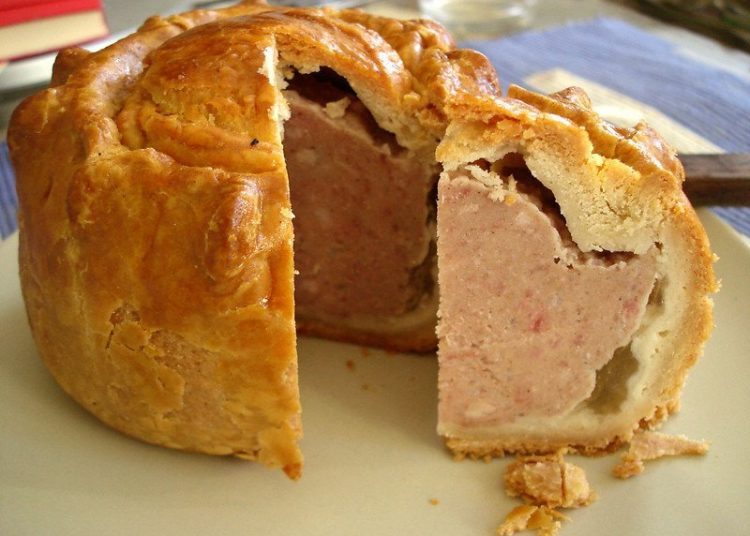 A Pork Pie, for any of our southern readers, by su-lin is licensed under CC BY-NC-ND 2.0

In divided times, what might unite us? Clearly not the prime minister, whose appeals for unity usually resemble the flaccid half-time pep-talk of a tweed-clad rugger master at a crumbling private school.

The royal family? Maybe an older generation might doff their caps and tune in on Christmas Day to see what furniture Brenda’s got, but their current “family troubles” severely mitigate any motivational impact. Even Marcus Rashford – whose on and off-field conduct have made him the idol of millions of children, who recognise dignified excellence and empathy – has attracted bizarre vitriol from Conservative MPs and their troll armies during the debate about school meals.

Here at Yorkshire Bylines, despite our clear political stance, we are always seeking to point the way to common ground in troubled times. We contend that one part of our culture about which there must surely be widespread unity, especially in the forgotten land of the North of England, is pies.

Let’s face it, even vegetarians and vegans can’t do without the subtle interplay of stodge and spice that lifts even the deepest slough of despond. Feeling glum? Have a hot pie. Hung over? Fettuccine with rocket and balsamic vinegar won’t cut the mustard, (Stewart Lee fans – We know. You spread it). Frozen and damp watching your team roll over? Bring me something soft, greasy and fattening!

So, here is the first in a weekly column where we send our roving food critic all over Yorkshire to sift the succulent from the stolid.

First up, the Seed Room at Horticentre Garden Centre, Overton

On a miserable Sunday during Covid-19 restrictions, sources of solace are few and far between. One island of foodie loveliness can be found just a few hundred yards from the National Coalmining Museum. The Horticentre is a small garden centre which, before Covid-19, boasted a café, the Seed Room, where booking at weekends was essential if you were to have any chance of securing a crack at their crazily moreish menu.

In lockdown, the management have sensibly taken advantage of the Tier 3 exemption for garden centres, to continue to offer takeaway food and drinks. Fans of good coffee and cakes drive from miles around, seven days a week. One constant on their takeaway menu is pork pies.

As torrential rain hissed on the roof of the car, like a king cobra trying to avoid donating venom to Priti Patel, the Seed Room pie had a perfect pepper content in the sausage meat and a balance in the pastry between surrender and struggle that would have enhanced a spaghetti western. Thing is about pastry, sometimes the taste of it at the time is spoiled by the thought that it might give you heartburn afterwards. All these pies give you is a sense of the fleeting nature of life’s most sensuous experiences: these pies seem over in a second. Michael Bay movies last three and a half hours.

As the French essayist and philosopher Montaigne might have said: “When I am attacked by gloomy thoughts, nothing helps me so much as running for a Seed Room pie”.