Norky goes back to the early fifties to recall a time when some things were scarcer, but the magic of his childhood Christmas lives on in his memories. 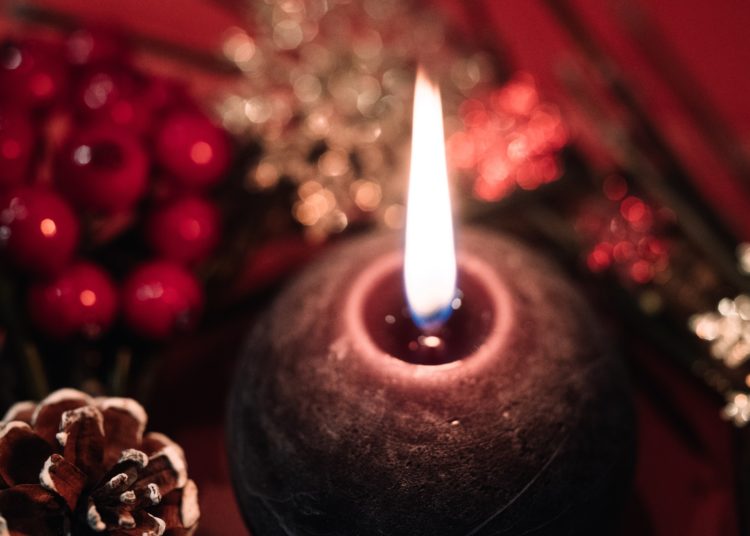 Photo by freestocks on Unsplash

Just like summer was always hot and hardly ever rained, winter was always snowy. The winter of 1947 saw snow covering to the depth of the upstairs bedroom windows. That’s changed now of course, like many other things. I’m sure Brexit has not been responsible for the lack of snow – although many people will probably believe it to be so! – but a change that may take time to adjust to will be the import paperwork and costs, which may mean we will have to manage without some things, at least for a while.

We have become accustomed to having all sorts of exotic foodstuffs throughout the year. Before our modern expectations and fast delivery services, we had to manage on fruit and vegetables grown more locally. Carrots, turnip and potatoes were grown in the carrot, turnip and potato seasons, and preserved for the winter months by covering the newly picked crop of carrots and taties with straw and earth, while the turnips were wrapped in damp sawdust or sacking and kept cool until required. By the time the next new crop was available, the old crop had changed its consistency, texture and flavour: the carrots and turnips became woody, and the taties grew as big as yer ed, although a very small ed, perhaps a shrunken ed.

Brussel sprouts were another Christmas regular, put on to boil in late November; however, they could stay in the ground for most of the winter. Our modern tastes dictate that the swede has become much more popular – originally a hybrid of a turnip and cabbage. It is much less woody than a turnip, and can also be kept over the winter months in a similar way. I hated sprouts and cabbage as a kid, though I like both now. Funny how our tastes change over the years.

The first time I realised that our Dad was Father Christmas was on Christmas Eve 1953, when I was six years old. The anticipation was so overwhelming that I couldn’t sleep. When Mum put me to bed I was convinced that I heard sleigh bells outside, and I couldn’t understand why Mum was less than enthusiastic when I told her what I’d just heard.

I lay awake for hours hoping Santa hadn’t forgotten me. Then when I saw the bedroom door silently opening, I pretended to be asleep so as not disturb Santa’s busy evening. I was squinting through slitted eyes hoping to get a glimpse, when creeping into my bedroom, silhouetted by the landing light, came our Dad carrying several boxes, one of which was a large box, big enough for the train set I had asked for. Sure enough, when Santa left my bedroom I couldn’t wait to see what there was. There in all its glory was a Hornby O gauge clockwork train set. I was overjoyed beyond belief. That moment has stayed with me for the past 67 years.

I’m nearly sure that was the only Christmas our presents were brought into our bedroom. Before and after that particular Christmas our stockings, nearly always a  pillow case, were put by the fireplace of whichever room was being used at that time. At Christmas it could have been either the living room (dining room) or the front room (lounge). The front room was exclusively used on special days, sometimes on Sundays when we were expecting visitors. We may even have used the front door on really, really special days.

To build some of the excitement, if a buildup was necessary, Mum, my big sister Rhondda and I, would write little notes to Santa, respectfully requesting a treasured gift. These notes were then offered to the mouth of the chimney over a lit fire. Due to the rising heat and draw of the chimney, these notes would disappear as if by magic, and I was fascinated by how they went up the chimney for Father Christmas to read. We would visit also Santa’s grotto during the Christmas period. The whole experience of Christmas was magical to me.

During the early hours of Christmas Day, Rhondda and I would creep downstairs to see if he’d been. I’m not sure who was the instigator of this furtive impatience; I suspect it would have been Rhondda. Being an older sister, she had been a very suspect influence throughout my childhood. I was of course a willing partner in these clandestine and furtive investigations , and what we found in our respective pillow cases was always a treasure trove of goodies, though perhaps not what children would expect now.

Under all the ‘stocking fillers’ were always some fruit, nuts and coins. The fruit would be a tangerine, along with the nuts, Christmas being the only time we had them. Chicken dinners were also a rarity, but always happened at Christmas. I seem to remember that the tangerines were wrapped in tissue paper, but I may be mistaking that with blood oranges.

Another part of the excitement was noticing that the piece of  Christmas cake, glass of milk and carrot that had been put out just before we went to bed, had been consumed by Father Christmas and his reindeers. An empty glass with droplets of milk in the bottom, and an empty plate with a few crumbs left, were a sure sign that Santa and the reindeers had appreciated our offering.

I myself appreciate the feeling of fullness and satisfaction after eating. My dear old mum would often say that even from being a baby I have always been troublesome when food was late, but once fed I’m as happy as Larry. However, this feeling of contentment pales into insignificance compared with those childhood Christmas mornings when the world was a cascade of wonderful things.