We frequently celebrate our dales and moors, but who knew an inland Yorkshire town was one of the world’s first popular holiday destinations? 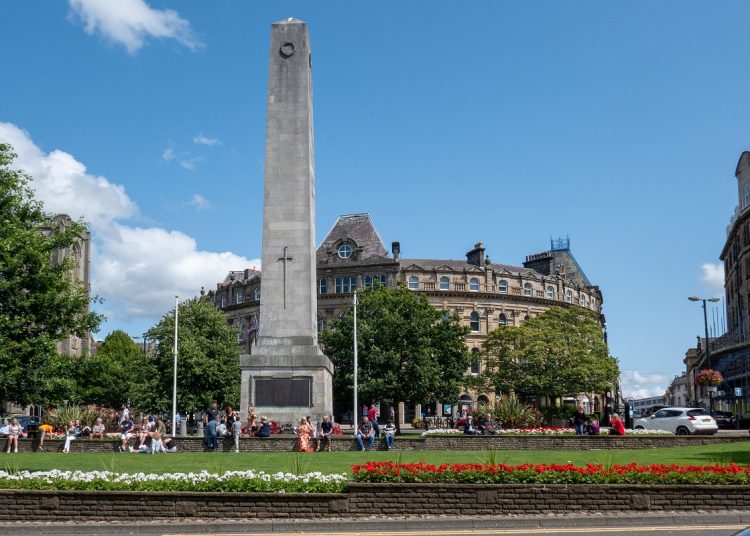 Harrogate cenotaph, a war memorial to soldiers who died in the 1st and 2nd world wars, by MartinVMtl is licensed under the Creative Commons Attribution-Share Alike 4.0 International license.

1 August is Yorkshire day, when Yorkshire folk and their adopted residents such as myself celebrate all the things that make Yorkshire such a beautiful and unique county. The largest county in England has long visualized itself as a nation in its own right in its ancient ‘ridings’ organisation; as a Londoner who has lived in Yorkshire for over 35 years, I can confirm that Yorkshire has its own distinct culture and history, which is as obvious to visitors as it is in Scotland, Wales and Cornwall.

Yorkshire Day was launched in 1975, on the day celebrating the Battle of Minden (1759) in which the King’s Own Yorkshire Light Infantry played a major part. It is also the anniversary of the emancipation of slaves in the British Empire (1834) in which Yorkshire-born William Wilberforce, MP for Kingston-Upon-Hull played a major role.

Yorkshire’s fame as a major Viking history centre, the site of the Norman invasion Battle of Stamford Bridge (in which the Normans were roundly beaten, shortly before they won the Battle of Hastings), and the famous Civil War battles of Wakefield and Towton are relatively well known. Its growth during the Industrial Revolution is well documented, both in fact and fiction. Its beautiful rolling dales and moors have long been the source of its reputation as ‘God’s own country.’

But it is a lesser-known fact that the spa waters of Harrogate made the town one of Britain’s first holiday resorts over the 18th century, as the rise of the middle classes and the consequent tradition of the annual summer holiday slowly began to take shape.

Being a nationally famous spa town from antiquity it already had a long history of attracting sick visitors to ‘take the waters’; there was therefore no sudden transition. While Harrogate cannot boast a hot spring like Bath in Somerset, it is unique for the number and variety of its mineral springs.

By the mid-17th century, doctors and chemists were using the new printed magazines (then called ‘periodicals’), to recommend to an increasingly literate public that drinking and immersion in spa waters relieved many different conditions. Over the following century, the focus moved from ancient claims of miraculous cures mediated by deities to ‘chemical cures’ that addressed imbalances in the body (Coley, 1979).

The written history of the Harrogate spa waters began in 1626 when Edmund Deane published a book intended to provide medical advice for those using the waters at Harrogate. It was believed at that time that the waters carried minerals still in the process of formation and as such, they would be able to continue such processes within the body, bringing back balance to elements that had become unbalanced; the four core principles being to cool, to heat, to add moisture and to act as an astringent where needed.

The gentrification of Harrogate

In 1632, Michael Stanhope was the first to point out that the location of the Harrogate wells “upon a rude barren moor” was not conducive to the comfort of the visitor, and nor was the issue that the water was “apt (with some violence) now and then to open the body”, and no facilities were provided to deal with this effect with any amount of modesty (Jennings, 1970).

Following the disruption of the English Civil War 1642–1651, It became increasingly clear to enterprising and shrewd individuals in the spa town population that there was a lot of money to be made from the natural resources in their location, if these were surrounded by facilities that could house increasing numbers of affluent visitors in conditions that were equal to or better than those that they were used to in their home environment.

This early marketing campaign, although it got off to a slow start as England weathered the political storms of the mid-17th century, eventually worked extremely well. By 1734 it was reported that the fact that the popularity of the spa had increased prices in Harrogate “to the degree that ordinary people were deterred from visiting” was being grumbled about around Yorkshire (Neesam, 2005). 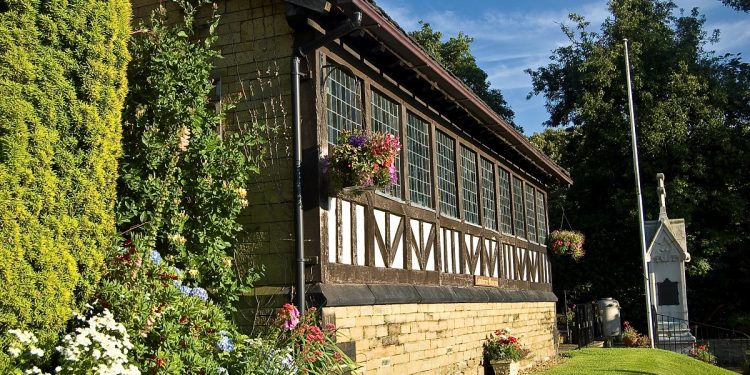 The first public bathing house in Harrogate was built in 1663, allowing general public access to heated waters for the first time. Twenty bathing houses were established by 1693. These were not suites of baths but “lodging houses with a few bathtubs, to which sulphur water was brought in casks from the wells” (Jennings, 1970).

In 1687, the first major hotel (The Queen) opened in Harrogate and two more followed not long after: the Sinking Ship (which became the Granby) and the Dragon (Jennings 1970). These buildings defined the shape of the Harrogate Triangle, placed within easy walking distance of the wells and bathing houses.

Borsay (2002) detailed the standard regime that upper and middle-class visitors to spa towns undertook throughout the 18th century:

Spa towns rapidly created acres of attractive outdoor walks and spacious assembly rooms for large numbers of people to meet and freely associate. Walks and gardens were constructed close to the watering facilities in spa towns, followed by shops and coffee houses opening along these routes to take advantage of the lucrative footfall.

In this way, the spa towns created a model for the seafront shops and amusements that were created in seaside towns during the 19th century.

Harrogate’s famous ‘stray’, an open grassed area which snakes around the wells, was granted a ‘Great Award’ in 1778, which protecting the openness of the land in perpetuity.

A formal assembly room was opened in Harrogate in 1770, and a purpose-built theatre in 1788. Most of Harrogate’s 18th-century buildings remain in situ and continue to be enthusiastically visited by a 21st-century clientele, many of whom are likely to be unaware of their pioneering origins.

The novel Humphrey Clinker published in 1771 comments “Harrogate treads on the heels of Bath in the articles of gaiety and dissipation – with this difference, however, that here we are more sociable and familiar” – which even today, Yorkshire dwellers tend to raise as one of the great benefits of Yorkshire.

Modern Harrogate is a beautiful town for shopping, tearooms and restaurants, and boasts a fully modernised spa. Definitely worth a visit, if you are ever passing through ‘Gods own country.’

Jennings, B (1970) A History of Harrogate and Knaresborough Huddersfield: The Advertiser Press, 1970. 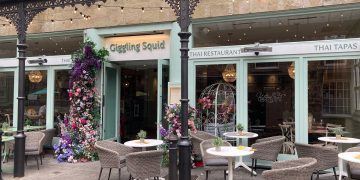