ADVERTISEMENT Over the past year or so, the debate on the prospect of a border poll and a United Ireland has intensified. What has not been discussed so much is how Northern Ireland can get to a place where it has a functioning government on a consistent basis within the United Kingdom. This intensified debate on the constitutional […] 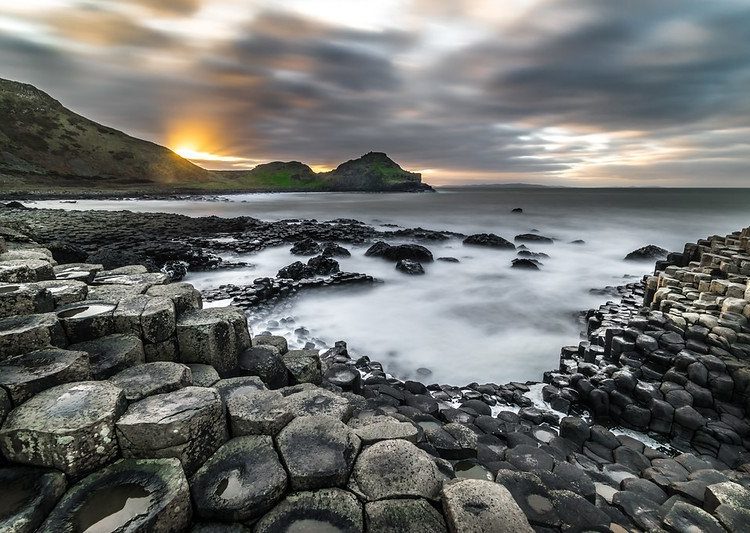 “The giant’s causeway, Co. Antrim, Northern Ireland” by Giuseppe Milo (www.pixael.com) is licensed under CC BY 2.0

Over the past year or so, the debate on the prospect of a border poll and a United Ireland has intensified. What has not been discussed so much is how Northern Ireland can get to a place where it has a functioning government on a consistent basis within the United Kingdom.

This intensified debate on the constitutional future of Northern Ireland is understandable, given the destabilising effects of Brexit, which were predicted and predictable.

The impact of Brexit options for Northern Ireland

But the DUP and Sinn Féin never seriously sat down to examine these options and present an even vaguely united position on what might work best for Northern Ireland to the UK government, the Irish government, and the EU.

Clearly, the cash for ash scandal, along with the DUP’s confidence and supply arrangement with Theresa May’s government, did not make this kind of cooperation any less difficult than it would ordinarily be.

However, given that the UUP, the DUP, and Sinn Féin – three of the four dominant parties in Northern Ireland since 1998 – have repeatedly refused to work with each other before, it was hardly a surprise when the latter two used Brexit as one more excuse not to govern in the interests of Northern Ireland.

Where else in the world would the dominant parties in a democracy get away with refusing to turn up for work for, roughly, eight years out of 20, and still get paid for it? Cross-community government in a contested region was and is always going to be difficult, but even so, this shambolic and disgraceful dereliction of duty should not be accepted.

But how can the situation be changed if, as is likely, the DUP and Sinn Féin remain the two largest parties after the 2022 assembly elections? Or can the Alliance, the UUP, and the SDLP upset the odds and take some seats from the two main parties? If so, would this change the working dynamic within the assembly and on the executive?

Brexit solutions need all parties to work together

One way or another, the immediate priority for all political parties in Northern Ireland, with the support of the UK and Irish governments, should be to work together to find a way forward on the outstanding protocol issues with the EU.

If the prime minister needs any advice on what his Northern Ireland secretary should be doing, perhaps he could speak with Labour’s shadow Northern Ireland secretary, Louise Haigh, who has been doing commendable work in the region, engaging with political parties, civic society groups, unions, and businesses. The Irish government needs to refocus its energies in this direction too.

Beyond the immediate, all the interested parties need to agree on what the future implementation of Good Friday Agreement looks like, with a focus on how the assembly and the executive can break the cycle of the often grim, do-nothing, sectarian politics of the past 20 years.

Indeed, surely one of the best ways to mark Northern Ireland’s centenary would be for all political parties to agree that, regardless of their respective positions on the constitutional question, the history of the region demonstrates that sectarian politics, from whichever quarter it comes, does not work, and will not work. This may seem like a pointing out of the blindingly obvious, but as the Queen noted in her statement on the centenary, “reconciliation, equality and mutual understanding cannot be taken for granted”.

With that in mind, it might also be helpful for all political parties to agree that any talk of a border poll and a United Ireland should be preceded by a years-long effort to unite the people of Northern Ireland, by the providing them with the stable, non-sectarian, progressive government that they deserve.

Because how can it make any sense to think that a new United or Shared Ireland is possible in the near future when Northern Ireland is still so divided and periodically ungovernable?