A number of rebellions threaten to disrupt Boris Johnsons' legislative agenda, and show the deep divisions still in his party. 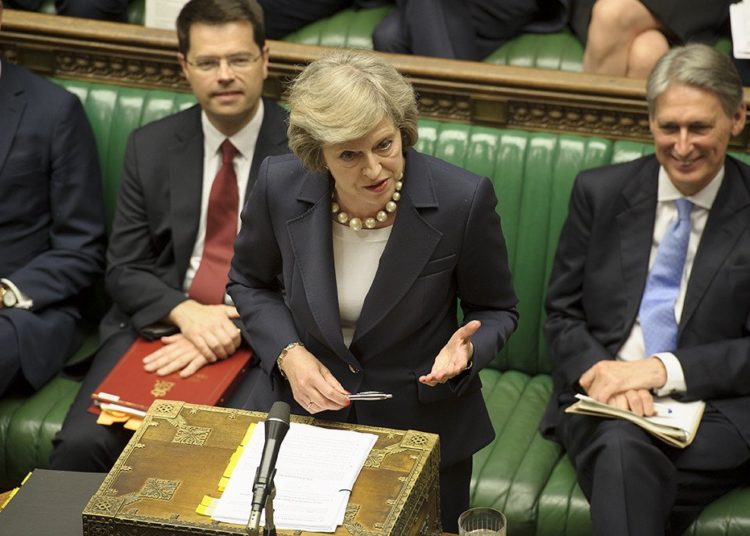 Why hasn’t Boris Johnson, with an 80-seat majority, been as transformative as David Cameron, who had to sit in an uncomfortable coalition with the Liberal Democrats? Cameron did not have to deal with a pandemic, for one, but also his cabinet was one which gave itself legislative priorities. It did try and get stuff out the door. Johnson’s front bench appear more buffeted by events, reactive rather than proactive.

The front bench may have weathered the storm so far but there are three rebellions looming in the Conservative party, as parliament crawls towards recess, that may explain why the Cabinet has been sitting on its hands. Each of these shows both the substantive ideological splits in the Tories, and the political threat facing the party’s fragile electoral coalition.

The first is to do with the government’s decision to cut the UK’s foreign aid spending from 0.7 percent of national income to 0.5 percent. Some 25 MPs, led by former whip Andrew Mitchell, voted to oppose the cut on Tuesday evening. These rebels come from across the party, both loyal MPs dedicated to the Cameron-era foreign policy, and habitual rebels who no longer see a future for themselves in the party.

Rebellion 2: (universal) credit where credit’s due

While it is unlikely that the foreign aid rebellion will gain much traction, the unrest over universal credit is more concerning for Johnson. With Chancellor Rishi Sunak intent on scrapping the temporary £20 uplift (which still leaves the system as one of the least generous in Europe), opposition has been coming from Jake Berry’s Northern Research Group (NRG).

This week, the group have been agitating for the government to keep the uplift, with a spokesperson saying:

“This uplift goes hand-in-hand with the government’s jobs-led recovery by supporting people in the right way. To end it now would only hamper the economic recovery ahead.”

Officially, there is no legislation for the NRG to rebel on to prevent the uplift from being reversed. Yet, Labour could easily put forward a non-binding opposition day motion, with which they could still pressure the government into a U-turn.

While red wall MPs may be consolidating around universal credit as a point of rebellion, their ‘blue wall’ counterparts may well be about to cause unrest around planning. For context, new legislation seeks to make it more difficult for locals to object to new neighbourhood plans in designated ‘growth areas’.

In the aftermath of the Chesham and Amersham by-election where planning played an important part in the local campaign, a group of Conservative MPs in similar ex-urban and rural seats are pressuring the government to scrap these plans. With Conservative grandees like Damian Green in their midst, there is a fair chance that they can cause the government difficulties.

These rebellions show the government’s difficulty on delivering on any of their legislative agenda. In 2019, while the Conservatives made significant gains in the North and the Midlands, they lost votes in many southern constituencies like Dominic Raab’s seat (Esher & Walton), and Chingford & Wood Green, represented by one Iain Duncan Smith.

This leaves Johnson with two nervous caucuses of MPs: new members in the North uncertain of how tenable their seats really are, and veteran MPs in previously safe southern seats. These MPs want fundamentally different things: the former group was elected on a manifesto of transforming the United Kingdom, and the latter on a more ‘small c’ conservatism, keeping things the same in their leafy constituencies.

While the government can play with culture wars or tinker around the edges of some ‘common sense’ reforms, it is difficult to deliver meaningful legislation which will keep both of these groups happy.

Throw into the mix an increasing number of habitual rebels, who either have their best days behind them, or who have been neglected on the backbenches since 2010 and the government’s majority of 80 seems becomes more vulnerable than it once appeared.