Kerry Pearson speaks with a range of Americans from all different backgrounds to try and understand their views of Biden and their hopes and fears for the future. 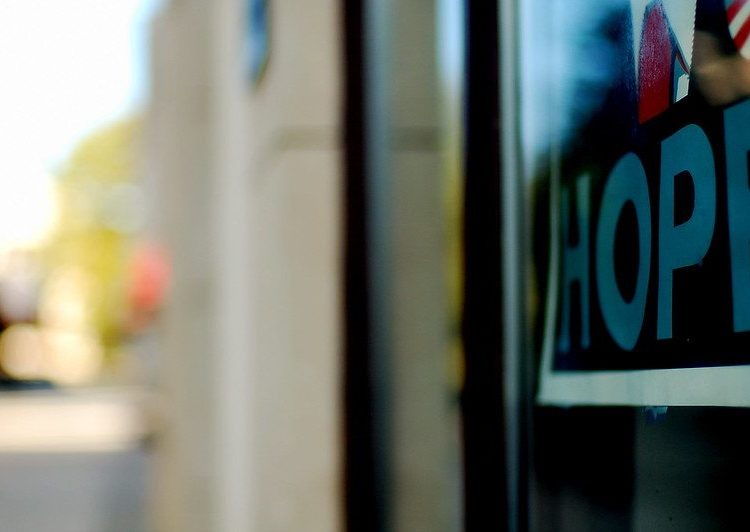 For our ‘Biden 100’ series, we spoke with some American nationals, from all walks of life, to understand their thoughts about Joe Biden, and what their hopes and fears for the future are.

“Can I just say, ‘Hallelujah’? Today, when Joe Biden was inaugurated, I cried tears of joy”, says Ellen Zoe Golden, an American ex-pat who has lived in Costa Rica for 21 years but retains her US citizenship. Ellen tells me that she always votes in the elections because her family and friends still live in America and are directly impacted by who is in power.

When speaking to different Americans, there was an overriding sense of both relief and optimism for the future. Dennis Marcotte, a well-travelled professional within the entertainment industry, summed up his thoughts towards Biden quite well, humorously explaining that the “bar has been set quite low from the last deranged moron we had”. Similarly, Gary Rivers, an Englishman who has lived in the USA since 2004 (has been a US citizen since 2019), hopes that the future will be bright now that America has a president who is both “normal” and “experienced” in government politics.

The Democrats’ control of both the House and Senate, although slim, is one of the most apparent reasons for American hopefulness.  But their optimism has not stunted their realism. Sheldon Appleton, a previous professor of political science at Oakland University, worries that American and global expectations have been set too high because of this. Ellen Zoe Golden, as she reads President Obama’s memoirs, also recognises that control of three government branches does not necessarily translate to an easy presidency, and that Biden will face colossal challenges from the hard-right, just as Obama did.

The most pressing, urgent issue for Joe Biden right now is arguably the pandemic. Gary Rivers believes that, compared to Donald Trump who repeatedly nicknamed coronavirus the ‘China Flu’, Biden will be able to make Covid-19 less political, encourage the wearing of masks and expand the vaccination program. To achieve the latter, Gary says that states will need funding from the federal government; he is already glad that Biden will rejoin the World Health Organization (WHO) and properly fund the Centers for Disease Control and Prevention (CDC).

Sheldon Appleton believes that Biden will not only face the challenge of rolling out the jabs, but of encouraging people to receive it. Minority groups in particular are sceptical about vaccinations, as they have a history of medical tests being carried out without their consent. The paradigmatic example of this is the ‘Tuskegee Study’, where treatment was withheld from African Americans with syphilis in Alabama, so that doctors could track the progress of the disease; by 1980, the study was responsible for a huge decrease in life expectancy for black men. Only 42 percent of black Americans say they would take the coronavirus vaccine, whereas 61 percent of white Americans would.

A crucial theme of Biden’s presidential campaign was unity. Ellen told me that she applauds Biden’s promise “to govern all the people, those who voted for him and those that didn’t”. John Sevigny, a journalist from Buffalo, NY, rhetorically asks whether violent Trumpism is over or if it has been galvanised? He says that the answer will determine whether Joe Biden can efficiently deal with the pandemic and economy, or whether he will spend his time fighting angry mobs. Dennis agrees, but ultimately does not think that America can return to ‘normal’ ever again, after half the country, in his view, demonstrated “just how racist they are”.

In an online interview with Sheldon, I asked whether he thought Q-Anon could pose any real threat to American politics. (Q-Anon, first appearing in 2017, puts forward the theory that Trump is waging a secret war against the “Satan-worshipping paedophiles in government, business and media”). Sheldon laughed and said that it is hard to believe that anybody actually believes the theory … and yet they do: 25 percent of Republicans say that they think of Q-Anon favourably, though he says this does not necessarily mean they believe their theory. Sheldon speculates that Q-Anon are more of a handicap to the Republicans.

Despite Donald Trump’s campaign centring around ‘law and order’, John Sevigny, who covered criminals courts during his journalism career, points out that the Democrats also have zero tolerance for violent right-wing militias. Although Biden respects the separation of powers (the courts from government), his choice of Kamala Harris, a former prosecutor, is no coincidence. John says that Biden “foresaw a need for prosecutions” and needed a team who understood law and prosecution. Fears that Trump, who is heavily in debt, could sell classified information to foreign powers, has arguably prompted Biden’s nomination choice of Alejandro Mayorkas, former federal prosecutor, to head the Department of Homeland Security.

It goes without saying, that America’s influence and soft power on the international stage has diminished since 2016. Gary hopes Biden will “apologise to NATO” after the Trump administration slashed America’s financial contribution to the transatlantic alliance. A hotspot for Biden will be with the Sino-American alliance. Sheldon, who is also an expert in Chinese foreign policy, believes that Trump has made it hard for Biden to rebuild the relationship with China; he maintains that America cannot offset China alone and that Biden must commit America to an international coalition and trade pact with Japan, South Korea, the UK, New Zealand, Australia, and EU. To re-establish America’s international legitimacy, Biden has promised to combat climate change. Both Gary and Ellen are more than happy Biden will “believe in science” and they anticipate that Biden will put into place a lot of Obama’s environmental protections, and “give the EPA back its teeth”.

There are shared fears that Biden, in Gary’s words, has an “insurmountable mountain to climb”, and that his presidency starts at a disadvantage after a rocky transition of power. However, it is reassuring to see the American people (albeit a small, yet delightful handful) optimistic for the future. Biden will work to bring unity across America and rebuild its reputation on the world stage. He has much work to do, but as Ellen poignantly tells me, her “heart feels like it can finally heal from the racism, violence, bad international relations, and general embarrassment of the last four years”.