Not just about university: Erasmus+ and the lost opportunities for young people

Education specialist Sheila Smith denounces the mistake of unnecessarily leaving the Erasmus+ scheme after Brexit. "From the little we know so far, Turing focuses only on higher education. It shows a poor understanding of the years of quality, rigour and development behind Erasmus+." 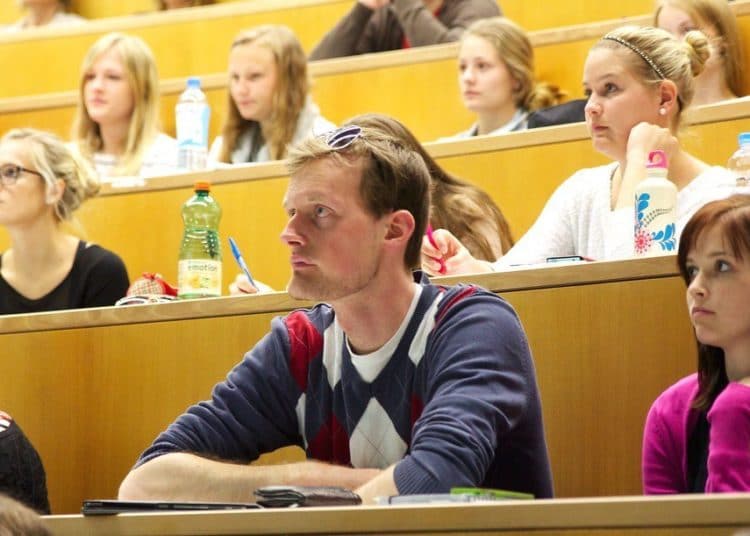 Like many, I am bewildered at and angry about the UK government’s decision to leave the Erasmus+ scheme. It has rightly prompted much upset, petition writing and campaigning.

Much of this protest however, has focused on opportunities for students, ignoring the ‘plus’ in Erasmus+. Whilst the university strand of Erasmus is celebrated, little is known, much less understood, about the value that the ‘PLUS’ provided to so many disadvantaged young people.

For more than 25 years I worked with young people, youth workers and communities across Wales to access funding and activities under Erasmus+. The PLUS created opportunities through youth work, volunteering, group exchanges and apprenticeships. There were also training courses, seminars and job shadowing to help youth workers to develop their skills and capacity to support young people to make the most of these opportunities.

An increasing priority of the PLUS was to reach and engage “young people with fewer opportunities”, in other words, those who couldn’t access international programmes without additional support. These included young people with physical disabilities, social and economic disadvantages, low educational attainment, poor mental health and those at risk of isolation.

Additional funding set out to remove the barriers to participation that are faced by far too many young people. It covered travel costs, passports, training and, crucially, time for youth workers to help young people prepare and build confidence.

We worked with hundreds of young people from across Wales, many of whom led chaotic lives. They often had limited family support, had struggled in school, had poor mental and physical health and poor job prospects.

Without exception, low self-esteem was a massive issue. Most believed they had nothing to offer the world, having been told that repeatedly by the system, by family and by their peers. Too often, they were unable to see the many strengths they had and that were clear to us: adaptability, openness, intelligence and, above all, resilience.

Higher education was usually unlikely to feature in their lives, so that part of Erasmus was pretty irrelevant to them. But Erasmus PLUS provided an entirely different prospect: it was the key to open a door to challenging, supported, achievable and life-changing opportunities.

These young people held the same aspirations as their peers – to travel, to make friends, to be useful, to achieve – but lacked the tools to know or reach their goals. Their local environments were often the biggest barrier to moving forward, so a short period of time away from them, where they had no ‘reputation’, allowed them to breathe and to be themselves.

Let me tell you about Kyle.

His mother died when he was young and he had grown up in the care system. I first met him at 19, living in a B&B, unemployed, with no qualifications and on the police radar. But he was being supported by the local youth service.

At the first residential training he sat alone at meal times, because sitting at a table to eat with others wasn’t part of his daily life. It had never occurred to me that something so ‘ordinary’ might be a challenge. Fast forward six months and Kyle had completed a two-month residential project in France living and working with others – struggling at times but he stayed the course. Six months later, he had started a plastering apprenticeship and won a Young Achievers Award for volunteering to support other young people to engage with the youth service.

Or let me tell you about Ashley.

Ashley had struggled with serious mental health problems since childhood. At 17 he was being visited regularly by the police – drugs, petty crime, antisocial behaviour. He first volunteered in Spain on a two-week environmental project. In his own words, this turned his world on its head – he loved the physical work, being outdoors, being with other people. And he was away from the influences that were taking him in a risky direction.

He went on to volunteer in Germany for two months and Italy for one year. Every time he returned home, the risk of drifting back to his old ways didn’t disappear but he had the self-belief to change direction. Ashley is now working in landscaping, has two small children. The last time I saw him he said, “If I hadn’t done that, I’d either be dead or in jail now”.

We also created opportunities for young people with similar backgrounds from other European countries to volunteer in Wales. The benefits of the reciprocal nature of Erasmus+ cannot be under-estimated. To welcome and support others into our own communities is an important lesson and can inspire our young people and challenge their own perceptions of “home”.

Both this reciprocal model of exchange and the youth work provision are absent from the proposed Turing scheme – the much-lauded replacement for Erasmus.

From the little we know so far, Turing focuses only on higher education. It shows a poor understanding of the years of quality, rigour and development behind Erasmus+. It will do absolutely nothing to support our young people who have already been allowed to fall behind – people like Ashley and Kyle – driving a wedge further between the haves and have-nots.

The decision to leave Erasmus+ is a true injustice, taking opportunities away from young people who need them most. This doesn’t sound much like ‘levelling up’ to me, and it is a decision that must be reversed. It’s the least our young people deserve.

Sheila Smith was the Director of the Welsh international youth volunteering charity UNA Exchange from 1988.

Sheila was the director of UNA Exchange, a Welsh charity that provides international volunteering opportunities for young people, between 1988 and 2016. Much of her work involved European level work, especially focused on youth programmes, particularly Erasmus+. @Smith_SM30