Stephen Davis examines the conflict between Vladimir Putin and his rivals in Russia, with escalating protests in Moscow. 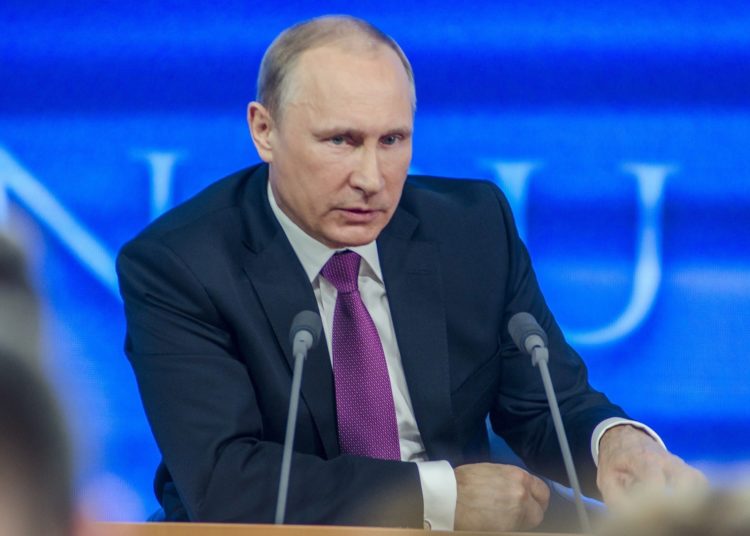 Image by DimitroSevastopol for pixabay

It is a truism of politics that all elected leaders ultimately fail. In systems which place no constraints on re-election, the most sensible quit while the going is good in order to protect their historical reputations before their electorate discover that their motivation and probity are perhaps not quite what they were originally led to believe, or simply because what they offer or represent has lost its relevance or popularity.

In the case of dictators, or leaders elected under dubious electoral systems, the public and history are often less kind. In recent times, even leaders in civilised Europe have met inglorious ends: Romania’s Nicolae Ceaușescu was tried and executed on Christmas Day 1989, having been convicted of the illegal gathering of wealth and genocide; while the former leader of the German Democratic Republic, Erich Honecker, died in disgrace in his Chilean exile in 1994, having only escaped trial for human rights abuses due to his terminal liver cancer.

After Saturday’s demonstrations that took place in around 100 towns and cities throughout Russia, and the publication of Alexei Navalny’s damning revelations on YouTube about Putin’s alleged 7,000 hectare super-estate near the Black Sea resort of Gelendzhik, Vladimir Putin must surely be more than a little alarmed and perhaps is even now actively pursuing his exit strategy.

The detailed Russian-language documentary with extensive drone footage, has now been viewed more than 91 million times. Viewers will be more than a little shocked by the detailed plans for the opulent gold and marble interiors and bespoke Italian furniture, as well as the range of facilities that include helipads, a church, an underground hockey pitch, a swimming pool, hammam (Turkish bath) and massage-room, extensive wine cellars and a vineyard.

The still incomplete project which, according to the video, cost more than £1bn, is described by Navalny as “the biggest bribe in history”. It is allegedly being financed by a range of Russian oligarchs and firms. Putin has since claimed the estate does not belong to him, but so far, no reasons have been given for the no-fly zone above it and the prohibition of shipping in the waters in front of it. The viewer must surely wonder: if not Putin’s, for whom in Russia might this enormously costly project be intended?

Saturday’s protests saw hundreds of thousands brave low temperatures, ice and snow to register their anger at Navalny’s arrest. This followed his return to Russia after recovering from Novichok poisoning by agents of the FSB (the security service), who last August applied the lethal nerve-agent to his underpants in his Siberian hotel room while the anti-corruption campaigner was carrying out research and supporting opposition candidates for local and regional elections. Navalny’s return flight from Berlin on 17 January was diverted to Sheremetyevo to avoid the crowds of supporters waiting at Vnukovo to welcome back their hero. He was immediately arrested and detained for 30 days for allegedly having violated the parole terms of a suspended sentence for embezzlement.

On 2 February, the court will decide whether his suspended three-and-a-half-year sentence should be converted into an actual one. His arrest could hardly have come as a surprise, prompting speculation that Navalny must feel his time has now come, that Russia is ripe for change and that the posting of his documentary about Putin’s palace on 19 January would result in a show of support from Russian citizens.

Navalny was not disappointed. Crowds chanted “Putin out!”, “Let him [Navalny] go!”, while placards advocated freedom, free elections and the possibility of regime change as a result. Some taunted the OMON (special police units) with pairs of underpants. The protesters came from across the generations, though primarily from among the young, who clearly have had enough of the old system and its corrupt politicians and whom the authorities increasingly cannot control since they communicate via social media and ignore traditional media outlets controlled by the government. Some 3,500 have been arrested by Special Forces, who often behaved violently and without regard for the age or sex of the demonstrators.

Navany’s arrest and the authorities’ violent response to these demonstrations have been condemned by the EU and the USA. On 25 January, EU foreign ministers met to discuss a collective response. Some leaders are calling for the introduction of strong sanctions, such as those brought in following Russia’s illegal annexation of Crimea in March 2014 and which were renewed for a further year last June. These prohibit the importation of goods produced in Crimea into the EU and ban the export of goods and technologies in the energy, transport and telecommunications sectors to Crimean companies.

The most obvious target for new sanctions against Russia would be to stop the completion of the 1,230km Nord Stream 2 gas pipeline that will bring gas from the Leningrad Region to Greifswald in the north of Germany through the Baltic Sea. Ceasing work on the project at this late stage would be a blow for the German economy though, and is unlikely to find favour with Angela Merkel.

Navalny’s fate and the world’s response to it lies very much in the balance. Following raids on properties belonging to Navalny, his family and the offices of the Anti-Corruption Foundation on 27 January, it is likely that more protests will occur at the weekend. Meanwhile, Change.org is hosting a petition to the Norwegian Nobel committee, to award him the 2021 Nobel peace prize for his tireless campaign to expose corruption and theft by state officials in Russia, particularly at high levels.