Businesses across the UK are suffering the malign consequences of Brexit with desperate stories becoming ever more frequent and the distress calls louder by the day. 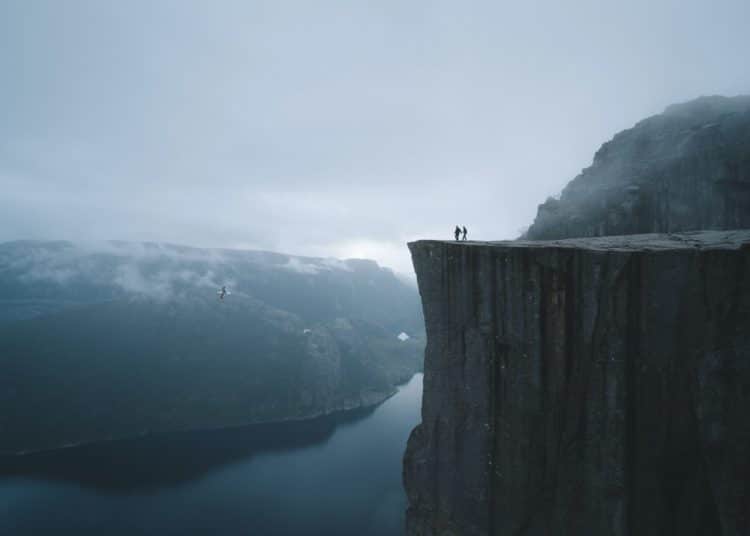 Photo by Valdemaras D. from Pexels

The British economy is beginning to understand what it is to be tipped over the cliff edge. Cries of alarm and distress flares are going up across the length and breadth of the country, and from industries as diverse as fishing and finance and from pigs to paint. Brexit is a rolling disaster sweeping all in its path.

Scottish fishermen talk of prices “collapsing” while others say it’s “carnage” or akin to a “motorway crash” with the industry suffering huge losses. In Devon, fishermen who now regret voting leave say prices have halved as EU buyers look elsewhere, sick of waiting for deliveries to turn up.

The British pig industry faces an influx of cheap European meat, while more than 100,000 surplus pigs are backed up on farms around the country unable to reach their traditional market in the EU. The National Pig Association say processors and retailers face “higher costs, falling prices and a shrinking market”.

A wine importer in Bridgend, wrestling with the intricacies of the HMRC customs system, said while he expected “Brexit would be a car crash we did not know it was going to be a multiple pile-up in the fog with fatalities”.

A high-end designer radiator manufacturer in Bristol explains they are considering moving some manufacturing to Poland to stay competitive, after it was revealed they have exported nothing so far this year because its main distributor has been unable to find a carrier willing to take the job.

A pump maker in Hampshire complains it is paying VAT on goods manufactured by its own Italian sister company which, when sold to another EU country, increases its costs by 22 percent, making it uncompetitive.

Engineering and steel stockholders in South Yorkshire are already losing customers in the EU because of delays caused by customs formalities. One described the new deal as “a total disaster and the most ill-prepared situation I’ve ever come across”.

A Cheshire cheesemaker lost 20 percent of his sales overnight, after discovering he needed to provide a £180 health certificate on retail orders to EU consumers of his award-winning wax-wrapped cheese worth £25 or £30 each. A planned £1m distribution centre in Macclesfield will now be switched to the EU, with the loss of 20 jobs and the accompanying tax revenue.

A specialist paint maker in Gloucester says sending a pallet to his best customer in Dublin used to cost £95 and take five minutes to organise, now it occupies an afternoon and costs £400. Car makers are forced to halt production due to a shortage of components, due partly to disruption at the ports.

Many of these examples and more are in Yorkshire Bylines own Davis Downside Dossier, while our Digby-Jones Index records examples of jobs in the UK’s financial sector and elsewhere, moving to EU locations in order to continue operating in the single market.

On the first trading day in 2021, about €1.5tn (1.5 followed by 12 noughts!) in annual European share trading moved smoothly and silently to platforms in the EU.

What we are witnessing is nothing less than the wholesale reorganising of the British economy. The process unleashed by a man barely able to comb his own hair is now underway and completely out of control. We are essentially in free fall. Businesses are doing whatever is needed to survive and nobody knows what the end state will be.

Some of these companies will eventually adapt, some will downsize, some may relocate to circumvent the barriers, but sadly many will not survive the turmoil.

It should not be forgotten that the original question on the 2016 referendum was: Should the United Kingdom remain a member of the EU or leave the EU? It didn’t specify how or when. The decisions over the last four years leading to the unfolding calamity have been made entirely by and for the Conservative Party.

The Vote Leave campaign said taking back control would be “a careful change not a sudden stop” and that the terms of the trade deal would be negotiated before “we start any the legal process to leave”.

Mrs May called in 2017 for an implementation period of two years to move slowly down a gentle slope to her soft Brexit, involving a relatively painless close relationship, a “single customs territory” and a free trade area for goods, underpinned by a common rule book. Even so, the British Chambers of Commerce called for a three-year transition.

Owen Paterson, the Brexiter and former cabinet minister, told the Guardian at the time his main quibble was the two year transition which “puts off the time when we can really take advantage of having left. The whole establishment mantra is that business wants to ease in and put off the evil day and it’s all going to be very difficult. That is absolute tosh”.

Johnson’s deal owed far more to Paterson’s vision than to May’s. He has not only brutally increased the height of the drop, he also decreased the implementation time to just seven days, turning a gently sloping gradient into a near vertical cliff edge, over which he has gleefully tipped thousands of businesses.

Moreover, he has done it during a global pandemic where the UK’s death toll has now exceeded 100,000, “by some distance, Europe’s highest, its fatalities per capita the third highest in Europe and the world, after only Belgium and Slovenia” according to a Financial Times editorial. The pandemic has sparked the deepest recession in Britain for 300 years.

Brexit was always destined to be damaging but survivable. It did not need to be the existential problem it is rapidly becoming, not just for some companies but for entire industries.

Johnson’s problem was that Brexit was built on a foundation of lies, as professor Chris Grey has so ably pointed out. The PM and Brexiters may even have believed their own lies, but now the undeniable reality is knocking at the door of No 10.

After four weeks, evidence of just how uniquely damaging Brexit will be is becoming overwhelming. If Labour leader Sir Keir Starmer, a lawyer and a former director of public prosecutions, cannot see the prima facie case emerging and begin work on charges against Boris Johnson and the Conservative Party, we are all in deep trouble.

Both major parties cannot be complicit. Starmer needs to decide quickly which side he’s on. Is it to be the defence or the prosecution?