Farewell to Matt Hancock, one of the most active contributors to our Compendium of Cabinet Codebreakers as secretary of state for health 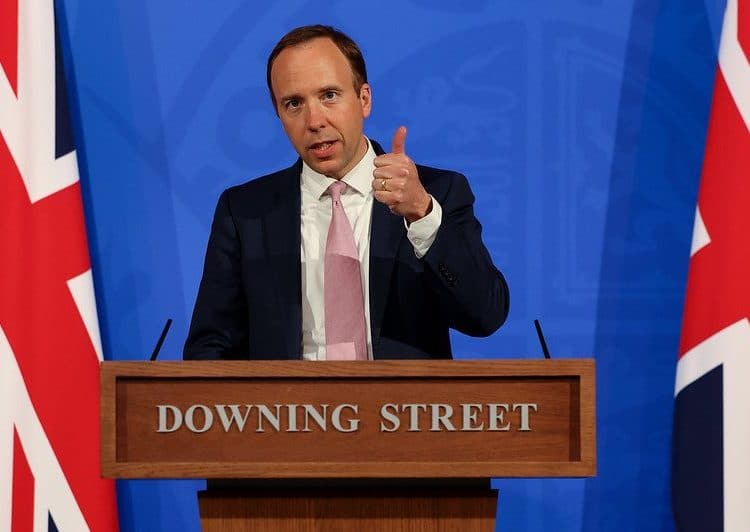 This week marks a sad time at Yorkshire Bylines, as we bid farewell to former health secretary Matt Hancock. As a minister in Boris Johnson’s cabinet, he was sure to make some errors that would land him in our Compendium of Cabinet Codebreakers. But being in charge of the NHS during a pandemic ensured that Mr Hancock turned out to be one of its busiest contributors.

Our entry for Hancock in the compendium barely scratches the surface of the errors of a man even the prime minister thought was hopeless.

By the close of play as health secretary, Hancock had committed a hefty:

We thought that there was no more appropriate way of celebrating Hancock’s contributions to the compendium, than reeling through some of his highlights that got him onto it in the first place.

Hancock and the Nightingale hospitals

The Johnson government has a penchant for grand, meaningless phrases: ‘Get Brexit done’, ‘40 new hospitals’, ‘levelling up’. Yet Hancock managed to outdo most of his cabinet colleagues in the creation of seven ‘Nightingale hospitals’ across the country, costing £532m.

In practice, the hospitals failed to deliver. At most, they admitted a combined 148 patients, using a fraction of the tens of thousands of beds set up. Several, such as the Yorkshire and the Humber Nightingale Hospital in Harrogate, did not admit a single covid patient.

The fiasco exposed how little Hancock knew about how hospitals work. As many have pointed out, the real strain on the NHS throughout the pandemic has been on staff capacity, rather than bed availability.

Moreover, it served as an apt metaphor for this government’s approach to crises: throw a large amount of money at a catchily named solution, yet fail to deal with the root cause of the problem.

Several of Hancock’s entries on the compendium involved NHS procurement, over which he presided. At times, Hancock intervened personally to ensure that contracts were given to those with connections to the Conservative Party. One one occasion, he helped former minister Brooks Newmark secure a £180m deal for his client’s dog food company to provide personal protective equipment (PPE).

Under Hancock’s watch, an estimated £650m in contracts were given to companies connected to the Conservatives that had no experience in delivering PPE, and that have since failed to actually deliver these contracts.

Some were connected to Hancock himself, such as his former pub landlord Alex Bourne, who was given a £30m contract without any experience in the area. Indeed, Hancock on occasion directly benefitted, such as when Topwood Ltd was awarded a contract (Hancock is a shareholder).

Any detailing of Hancock’s record in office cannot but help mention Test and Trace. Under his watch, Dido Harding, wife of MP and government anti-corruption champion John Penrose, was appointed to manage the UK’s Test and Trace programme, which was largely outsourced to Serco. The programme has reported a litany of failures, but, to name a few:

When Theresa May first appointed Matt Hancock as health secretary in 2018, no one could have imagined how much responsibility he would have to handle. Three years later, a litany of errors in the handling of the UK’s greatest crisis show that he was ill prepared to fill such shoes.

Perhaps Matt Hancock will return to government, and thus to our compendium. But, for now at least, we bid farewell!