Fortress England is maybe where we’re heading – though the country is neither a nation at ease with itself, nor the envy of many. 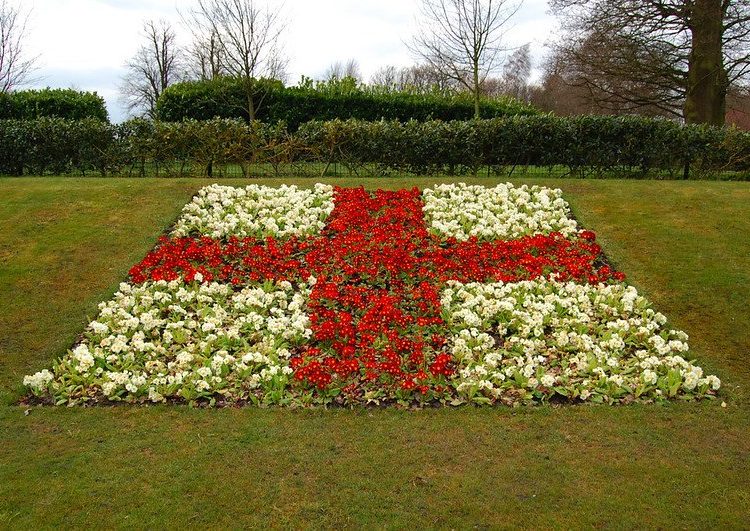 Today is St George’s Day offering us all a chance to fly English flags, celebrate our heritage and honour the patron saint of England, says the Telegraph. It is also believed to be the date of birth, and death, of Shakespeare who waxed lyrical on more than one occasion on England and the notion of the state.

So here at Yorkshire Bylines we thought it timely to note that date and have our own musings on what the bard called, “this blessed plot, this earth, this realm, this England”.

Fortress England … but what of the rest of the Union?

Because while some may still have a misty eyed notion of what England is (or was), it is increasingly evident that many parts of the UK have well and truly fallen out of love with England and would end the relationship as soon as possible.

Part, or maybe much, of the problem lies with the fact that we are ambivalent at best when it comes to understanding what our country is. Are we British or English? What’s the difference between the United Kingdom and Great Britain? What do you put as your country of origin?

The fact is, like quite a few nation states, Britain is a bit of an artificial construct and much of the United Kingdom is anything but united and certainly not forged over centuries of goodwill (the partition of Ireland being an obvious case in point).

Claiming to be English is so much easier. The geography has been uncontested for a millennium and, unlike many of our neighbours, we don’t even have a proper revolution under our belts. But the celebration of our Englishness is quiet, to say the least. You could be forgiven for not knowing the date, and caring even less.

It’s not a national holiday, and many manage to get through the day without thinking twice about the English patron saint. In fact it’s interesting that St Patrick’s Day, St David’s Day and St Andrew’s Day are better known and better celebrated – by people in Ireland, Wales and Scotland, and ironically often in England too.

Sadly, the flag that represents England – a red cross on a white background – has been appropriated by the far right in recent years. For many, the flag now has uncomfortable associations.

Back in 2018, David Barnett for the Independent asked whether flying the flag was an act of patriotism, or all that is wrong with England. He reflected that we now “have a curious relationship with the Union Jack, and in England an even more uneasy affair with the cross of St George”.

But the delicious irony for those who want to reclaim England for the English, and who hate immigrants, is that St George is not English. It’s believed he was born in what is now modern Turkey and never set foot in England. He obviously had immense foresight in what was coming with the Vote Leave propaganda on Turkey, and decided to keep clear.

According to legend, Saint George was a soldier in the Roman army who was executed, on 23 April 303AD, for his refusal to renounce his Christianity. King Edward III established the Order of the Garter in the name of St George in recognition of his fabled martyrdom, and from then on he was regarded as a special protector of the English.

So there you have it. The patron saint of England was a Turkish foot soldier who never stepped foot on these shores.

Meanwhile, we have a prime minister who increasingly won’t leave England despite being the leader of the United Kingdom. Despite a crucial election in Scotland on 6 May, Boris Johnson isn’t expected to visit to support the Tory campaign there. Little wonder, as he’s frequently cited in polling as one of the reasons support for independence has increased.

So bad are things, that Johnson’s promising to love bomb Scotland, according to Scottish secretary Alister Jack. Project Love will make the optimistic case for the union, not only to stop Scottish independence but also to show the value of Wales and Northern Ireland.

“What we’re doing is strengthening the union; that’s the policy across Whitehall”, Jack told Politico. “We recognize that there are many, many great benefits to our family of nations and maybe we don’t trumpet them enough.”

I wrote last July that Johnson and his government have displayed considerable ambivalence towards the union. Over the next few weeks, Yorkshire Bylines will examine how this country has become so fragmented and whether we can, or should, become a union of willing partners. Can we reach a better constitutional settlement or is a constitutional crisis looming?

In Shakespeare’s Richard II, John of Gaunt said of England:

Fortress England is maybe where we’re heading – though few would suggest the country is a nation at ease with itself these days, or the envy of many.

England, Englishness, and the North