Kicking off summer with a weekend of super f*ckwittery, the big yellow Tellytubby announces he’s off on a squelchy ‘charm offensive’ to the EU27, presumably complete with 14 days self-quarantine on his return. 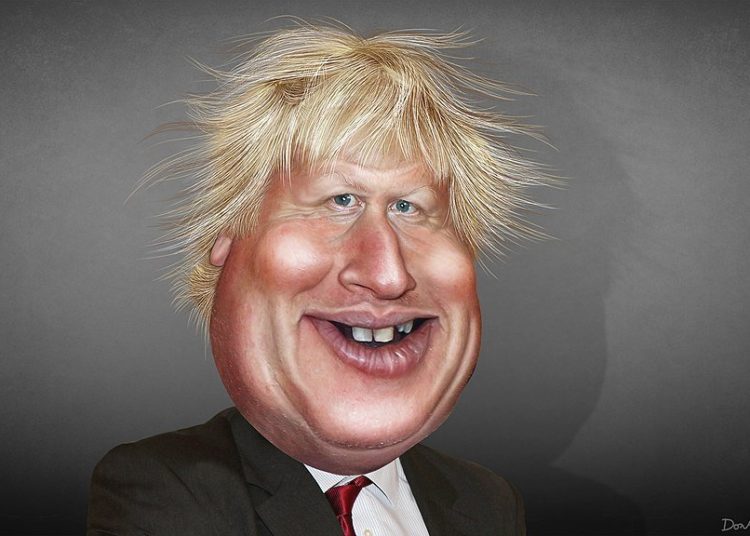 Kicking off summer with a weekend of super f*ckwittery, the big yellow Tellytubby announces he’s off on a squelchy ‘charm offensive’ to the EU27, presumably complete with 14 days self-quarantine on his return. Please, pretty please, EU27, slap a mask on him, give him 27 tracking Apps and quarantine him and his mates on arrival. 54 weeks would be nice and an even bigger morale booster for us plebs than the new yacht for Her Majesty touted by that dizzy former trade minister.

Were it not so sad, Johnson’s charm offensive would be funny rather than a contradiction in terms. Funnier than sacking the ‘sneering aide’, or MPs parading around the House of Commons with placards à la Steve Bell cartoon: ‘What do we want?’ ‘Herd Immunity’, confronted by the leader’s ‘Servants Lives Matter Almost’.

This was another bad day for democracy, with many recalling Ian Blackford’s and Dominic Grieve’s earlier attempts at getting the Russian Report released. When the Rev Mogg-Conga began his sermon on parliament being the heart of democracy and demanding MPs form their super-spreader cluster in the House, it was time to take solace in the classics: “What’s the Latin for ‘Dickensian cock-wrangler?” @ChrisBallingall asked twitter.

Not much point asking the obsessional group-thinking Cabinet ministers, 14 of the 22 having been there under a year, for they’d got stuck over how to use masks to hide their faces as Stormont upped pressure to dump no-deal.

Others sought refuge in the tome that was the Tories December 2019 manifesto. Supersnide ministers were asked to remind themselves of page 57’s promises on food standards, US imports and cosmetics (@lunaperla). Even Aunty Beeb wagged a finger on animal welfare (BBC Country File), backed by an NFU petition. Incredulous remainiacs signed it, whilst sighing about those pro-Brexit purple posters that the very same farmers had displayed in their fields in 2016, despite being warned that their grubby Tory chums would do the dirty on them rather than get down and dirty lifting spuds.

Banking on bringing back lots of EU citizens to labour in the fields months after they’d fled the hostile environment his mates had perpetrated, the yellow Tellytubby couldn’t join up the dots. So he sat down to play planes and air bridges with Po while watching the Big Orange Monster across the pond hunker down. Have I Got News For You promptly welcomed the BOM’s Bible wheeze: he had rekindled the faith of millions of Americans who were now praying for him to lose in November.

The world-beating embarrassment and stupidity of the UK caving into US demands to boost our economy by a 0.2 per cent max, while indulging in a spot of beastliness to our biggest trade partner was ridiculed (@EmmaKennedy) and shown up for what it was.

Jamie Oliver weighed in and castigated the chubby blond for opening the flood gates to low-quality food that would normally be illegal in the UK (Daily Mail). “What on earth do we stand for,” asked Ian Lavery, “when in July 1.3 million kids will lose free school meals/vouchers and starve in the world’s 6th richest economy?”

Finally, AC Grayling drew on the TellyTubby’s love of the classics. Marcus Aurelius had after all said “to expect bad men not to do wrong is madness”.