Dad dancing to YMCA after a pint of wallop and a whiskey cider chaser at 6am to test-drive independence day had left the prime minister feeling decidedly razzled. 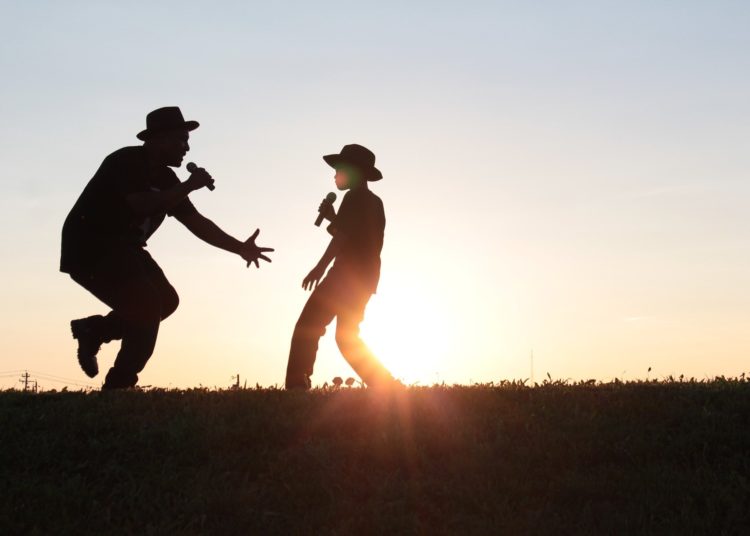 Image by Dawnyell Reese from Pixabay

Dad dancing to YMCA after a pint of wallop and a whiskey cider chaser at 6am to test-drive independence day had left the prime minister feeling decidedly razzled. It was all Jabber-the-Raab’s fault for sending their Uber to Soho’s Old Compton Street instead of Chequers. It was an easy mistake for someone so geographically challenged to make, especially after a yard of ale washed down with tripe and jellied-eel spice-burgers.

Just as easy a mistake to make as him mishearing the plod asking if he wanted a spot of “how’s your father?” Perhaps it was the sangria, or the prospect of reviewing his team’s meeting with Mutti Merkel’s EU team, that made him forage in his trousers for the euros he’d kept at the ready for his new world of opportunities. She was now heading the EU’s presidency under the slogan ‘Together for Europe’s Recovery’.

He was frankly relieved that Rishi was open to copying the Costa-del-Sol’s €600-1000 fine for “irresponsible” pommie plebs forgetting their facemasks, and decided to commend the ruse to the new French prime minister, Jean Castex. He’d felt the urge to grease some palms since Mutti had frozen him with one of her stares.

Dom thought she might just be beguiled by him sucking up to a fellow PM, tainted with European credentials. She wasn’t. What she wanted to know was why he failed to understand that the Leave campaign’s promised “good deal” was nothing of the sort: no deal was not a good deal for the UK or anyone else.

Nor was it an ‘Oz deal’, which equated to a brexiter’s wet dream.

What were his plans for feeding Brits facing mega-inflationary food costs – the plans that Sir Mark had described as England’s “oven ready” deal? Well, apparently there’d be no cut-price currywurst and hooch food parcels now he’d reinstated 40-year-old custom checks for EU trucks at the ports.

His head hurt. A voice there icily asked if Jabber had worked out where Dover was and if he had read the PM’s favourite clip from the 2015 Tory manifesto, committing the UK to staying in the single market. Besides, it was clear the EU’s new president was not so stupid as to believe that Brexit wasn’t a cover for both crass stupidity and an autocratic power grab.

He’d made the mistake of watching the Led By Donkeys video – a catalogue of Tory gross ineptitude and lies, followed by chapter and verse of their failings on Covid-19, democratic malpractice, his moral duty to protect people rather than bet on markets, and his ministers’ obligation to respect all, including Mutti’s Euro-chums.

Telling ‘Angie luv’ that he didn’t respect the Brits either should have seen her off, but behind her was the photo of him proclaiming “No deal would be a failure of statecraft” back in Dublin last summer.

The PM felt everyone was being especially mean and rather too fond of that phrase and, come to think of it, of recalling that Scotland had never signed the Magna Carta in 1215 and was free to make its own decisions democratically (ergo, they were not minded to accept his assurances as anything other than shambolic, empty gestures). The PM wasn’t having that. He wasn’t one for gestures, he sneered.

Another mistake, because Mutti would now remind him of the pressing need to take his reform of the teaching of arithmetic in England’s schools to his cabinet, many of whom couldn’t count. Did he know the one potato, two Kartoffel, drei spuds, four rhyme? Good, then he could count Domcom’s photo ops that she was sure were empty gestures – starting with the zip-wire antics to impress his fellow Tories stuck on Desperate Dan’s exceedingly grim island across the channel.

Unfortunately, Jabber was on a roll: eins, zwei – ja, he said … then, transfixed by Angie’s stare, he quickly added the tim-tams, the plane, driving a digger through a polystyrene wall, and outsourcing to bankrupt shell companies to the PM’s list of stunts and gestures.

Dom kicked his shin. He was relieved about the premature end to the talks but if his man didn’t get his skates on, he’d miss the clapping-fiesta. That should deflect attention from the government seeking to join the EU talks on vaccine procurement, and from the NHS demo outside No.10 about the 66k excess deaths.

The PM sped off, deleted Lili Marlene from his playlist and let “Relax” fill his earbuds. Next time, King Klopp would be ordered to accompany him – not that he believed anyone should have to do anything they didn’t want to. But Mutti was a Liverpool fan so King Klopp could give her the new strip and soften her up to round two of no-deal-is-a-good-deal.