A failed track and trace programme. Locking down too late, lifting too early. The fact that the quarantine compliance is voluntary and not enforced (as in other countries). An incomprehensible border policy. It’s this that has cost the economy as much as anything. And that’s what the chancellor should have concentrated on today, and be fixing tomorrow. 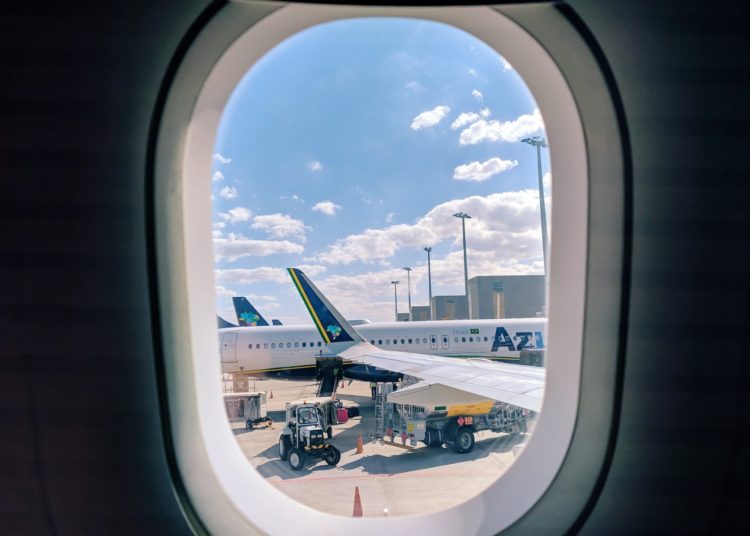 Photo by Renan on Unsplash

The government may think that it is playing a blinder in its fight against the coronavirus pandemic, but the case of the missing Brazilian variant case paints a very different picture. It’s a mixture of farce, incompetence and abuse of public money and tells you all you need to know about the darker side of this government’s tendency to award vital contracts to its mates.

For those who have managed to miss this latest twist in the debacle that is the UK test and trace programme – a programme that has been allocated £22bn of public money to deliver in 2020/21 – here is a quick summary.

Last weekend, six cases of the super-virulent P.1 ‘Manaus’ variant were found in England and Scotland. Five of those who tested positive with this strain have been traced, but the sixth person is still at large. Health Secretary Matt Hancock explained that the person infected with the variant tested positive after sending in a home test kit, but without completing contact details.

Scientists are concerned about this variant – named after an Amazonian city hit hard by it – as, according to New Scientist, “It caused a second wave of infections in the city of Manaus, despite up to three-quarters of its population having been infected in the first wave earlier in 2020.” It’s also believed to spread a lot faster.

They have stressed that the findings are specific to the Manaus area of Brazil and don’t necessarily mean that P.1 will spread faster in other places with different existing variants and different levels of immunity. But it’s ringing enough alarm bells in government circles.

It appears that the scientific community knows everything about the variant but nothing is known about the mystery carrier. The search has now narrowed to 379 households in South-East England.

“It’s like finding a needle in a haystack”, Dr John Ashton, former director of public health for the North East and author of Blinded by Corona, told the Telegraph. “If they haven’t got forwarding contact details, it will be very hard to track this individual down.”

It’s prompted an appeal through the media for anyone who had a test on 12 or 13 February to come forward, and all postal and courier services involved in the delivery and collection of test kits around that time have been contacted.

Of the other five who’ve tested positive with this variant, two are from the same household in South Gloucestershire. They were on a flight from Sao Paulo to Heathrow, via Zurich. Public Health England has said officials are tracking down passengers who were on the same flight.

The other three cases are Scottish residents and also linked to travel to Brazil. Worryingly, it appears there are still some woeful inadequacies with track and trace. The BBC reported Scottish Health Secretary Jeane Freeman requesting those on the BA1312 flight from Heathrow to Aberdeen on 29 January to contact the NHS national contact tracing centre, “because the correct details were not available for all passengers”.

The same report also quotes one of their reporters, Juliana Gragnani, who was on another flight arriving at Heathrow from Brazil around the same time on 10 February.

“After quarantining for more than two weeks, just to make sure, this afternoon I got a call from Test and Trace”, she said. “They’re sending me a Covid kit and said this is being done with all passengers in my flight – AF1580. They also asked if I had taken a test after arriving in England.”

Yet a travel ban was placed on Brazil on 15 January, as it was known that the new Brazilian mutant strain was highly infectious. And whilst those with residence rights can still travel, you would have thought something more robust would have been put in place. Especially given the prime minister insisted to the liaison committee on Wednesday 13 January  that the government was “taking steps” to ensure the new strain was not imported to the UK

Of course, what those extra measures are was never revealed. They probably never existed.

You have to hand it to this government though. The vaccines minister, Nadhim Zahawi, told ITV news this week that community transmission of the variant first identified in Brazil will be identified “very, very quickly” through testing.

On Monday he also insisted that Public Health England is “pretty good” at locating and halting new coronavirus variants in the UK – despite dismal figures more generally for the success of NHS Test and Trace.

This is a national scandal. Or at least it should be. Back in October, the government admitted to failures with the system and the National Audit Office found that it was failing to meet targets for delivering test results and contacting infected people despite costs escalating.

Test and trace has been the biggest failure of the UK’s fight against the virus and we are overlooking this because of the current success of the rollout of the vaccination programme. But the fight to find mystery carrier number six of the Brazilian variant exposes the weakness of putting all your pandemic eggs in one basket.

And it raises the bigger question of just what the government thought it was doing giving £22bn of public money to privately delivered track and trace. It’s not the efficacy of the vaccine that we should be talking about, it’s the efficacy of the test and trace system that’s needed to support the vaccination programme.

A failed track and trace programme. Locking down too late, lifting too early. The fact that the quarantine compliance is voluntary and not enforced (as in other countries). An incomprehensible border policy. It’s this that has cost the economy as much as anything. And that’s what the chancellor should have concentrated on today, and be fixing tomorrow.