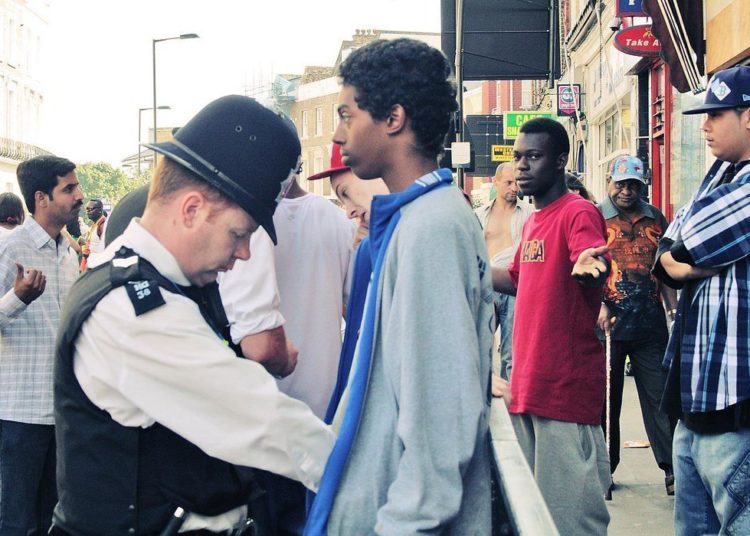 The Home Office consultation document Serious Crime Reduction Orders proposes the creation of a new court order that will give the police the power to stop and search a convicted person for a period of up to two years from the start of the order or following a custodial sentence. The government expects that a second conviction for possession will lead to a custodial sentence. While a more targeted approach to stop and search is to be welcomed, the proposed measure is an unnecessary addition to police powers and is likely to lead to further racial discrimination in policing.

The basis for the proposal appears to be frontline police officers seeking additional powers to stop and search. The government also states that it is in line with the recommendations of the Centre for Social Justice, a conservative think-tank. It is not. The work of the Centre for Social Justice points to very different approaches to tackling knife crime and has found the over-emphasis on criminal justice measures to be unhelpful.

However, there are some indications that the year-on-year increases in knife crime and injuries were beginning to plateau prior to this year. Coronavirus has also had a significant downward impact on knife crime and hospital admissions. The extent to which previous patterns will return as society opens up again is unknown.

The proposed new order is targeted at adult repeat knife offenders. Those aged 16 and 17 are most likely to carry knives, amounting to 20 percent of those convicted, and are more likely to be repeat offenders, but they are excluded from these provisions. All the evidence about ‘what works’ with young people in respect of carrying knives suggests their exclusion from the legislation is the right decision, but the same might equally apply to all those aged under 21.

Some 17,000 people aged 18 and over were convicted of possession of a knife in 2019. There were 5,100 repeat offenders, of whom about 4,000 were likely to be over 18. The paper does not explain, and the statistics are not available to show, under which laws repeat offenders were found to be carrying or using a knife and if current stop and search provisions played a part in either identifying repeat offenders or limiting the potential for detecting new offences. At present, approximately 73 percent of stop and searches result in no further action, 15 percent result in arrest, and the remainder usually result in a police caution. In almost three quarters of cases therefore, police suspicion was unfounded rising to 88 percent in respect of carrying an offensive weapon.

The government is misleading in its use of its own statistics and research to bolster its case. It does not include the statistics referred to above that show the low ‘rate of return’ on searches and merges adult and young person’s statistics when discussing the number of repeat offenders, even though young people are excluded from the proposals. It states, “The evidence on the use of stop and search as an effective deterrent for crime is limited” yet the quoted research by Tiratelli, Quinton and Bradford is clear: there is no evidence that there are any deterrent benefits from stop and it had no direct or indirect impact on knife crime and other violent crime.

The paper also states that “the number of stop and searches also fell as knife and other sharp instrument offences fell between 2010/11 and 2013/14” implying the reduction in stop and search was consequent on knife crime reducing and that if there were fewer knife crimes there would be less of a need for stop and search. The reduction, from 1,229,324 in 2010 to 279,2788 in 2018, was driven by Theresa May, the home secretary at the time, following Home Office reports into its ineffectiveness, illegality and disproportionate use against black people.

In 2015, the police inspectorate found that 15 percent of searches were illegal. Given that only seven percent of searches resulted in the discovery of an offence serious enough to warrant an arrest (and not necessarily related to the reason for the search), it would seem the police were committing twice as much crime as the measure detected. During May’s tenure as home secretary, much work was done on ensuring a more targeted and legally secure approach to stop and search. The numbers reduced substantially and the oversight of their application was more rigorous. The number of knife crimes was not adversely affected by these changes although they remained a significant concern.

Even when the rate of stop and search plummeted (it rose again by a third last year), it dropped 79 percent in respect of white people but only 69 percent in respect of black people. More significantly, in 2013 black people were twice as likely to be stopped than white people, but this had risen to 9.7 times as likely by 2019. The Home Office paper notes that, although white people are more likely to carry knives and to be repeat offenders, black people are disproportionately charged and convicted and are also more likely to be victims of knife crime.

The evidence of racial bias in the application of stop and search is overwhelming. As the Equality and Human Rights Commission found, every study of stop and search has evidenced racial bias and profiling. More worryingly, there is now considerable evidence that discriminatory use of police powers undermines people’s motivation to remain on the right side of the law and can lead to offending or further offending. Given the higher levels of unnecessary force used by the police against black people in comparison with white people, the capacity of stop and search to increase crime levels amongst black people must be of serious concern.

Given the research and statistics, the need for any extension of police powers should be well evidenced. None is provided in this paper. Under the Police and Criminal Evidence Act 1984, the police already have considerable powers to stop and search those who they suspect might be carrying weapons, or drugs. While the law requires police officers to have grounds for suspicion that relate to behaviour at the time, being a known offender can inform and add weight to the suspicion. At present there is nothing to stop the police stopping and searching a known offender who is acting suspiciously. These proposals would allow a search on the sole basis of a person’s criminal history, irrespective of whether there was anything to suggest they would be carrying a knife at that moment in time.

In addition to the evidence from government and other reports, senior police officers have confirmed that existing powers are already used without sufficient grounds and are often used as an exercise in power against black people. The Independent police complaints commission report on how the metropolitan police conduct inquiries into complaints made against them reinforces the impression of lack of control and oversight on how officers on the street are behaving. Only recently they have had to issue guidance that smelling of cannabis was not sufficient grounds for a drugs search (it would appear that it had been used as a ‘catch all’ phrase to conduct searches on black and white people). It is unlikely therefore that any new powers will be used fairly and may instead be used to harass known offenders.

It is the indiscriminate use of stop and search against black people that has been so problematic and research and statistics indicate a more targeted approach is warranted. The police need to better recognise those who are likely to be carrying a weapon or drugs and reduce the number of searches that often result in the alienation of black people without increasing the rate of weapons detection. This implies fewer and more targeted searches. Focusing on repeat offenders might reduce the number of ineffective or wasted searches and detect more crime and it is reasonable to suppose that a convicted knife carrier might be carrying a knife, but the proposals are not seeking to replace or reform current powers, they are seeking to add to them. And the scope for misuse of these powers is considerable.

The Home Office acknowledges that racial bias will have to be considered in the implementation of the order but does not say how, or provide any reassurance that this will have the attention it requires when making final decisions. It makes no reference to the police’s own research papers that show police officers falsely assume that black people are more likely to be offenders, carry knives or be in possession of drugs and that these persistent biases might be a significant impediment to fair implementation of this proposed law. Nor does it make any reference to the recent inquiry into racial bias in stop and search and other aspects of policing currently being conducted by the Independent Office for Police Conduct following recent high profile cases of its inappropriate use.

Given the misuse of stop and search and the harm that the practice has done to community relations and the relationships between black people and the police, any extension of police powers needs to be carefully considered and the evidence of its likely positive impact very clear. To put forward a policy with the potential for damaging consequences on the basis that some frontline officers have requested it is insufficient reason.

The Tiratelli research (mentioned above) questions why the police are so wedded to a practice that all the evidence suggests is ineffective and harmful.  They note that individual police officers have undertaken searches and have found weapons (or drugs) and so believe in the efficacy of their methods but, as the writers note “part of the problem here may therefore be inappropriate extrapolation from individual experience to policy proposals”. Only recently, the government was accused by the commons public accounts committee of basing its immigration enforcement policies on “anecdote assumption and prejudice”. Clearly the government risks doing so again. This proposed policy is based on no more than anecdotal accounts of current police effectiveness and an assumption that more powers will increase it.

Black people, especially young black men, are already disproportionately stopped and searched, put before the courts and convicted of knife crime as a result of racial bias. Without first eradicating the biased application of the current stop and search powers, on which future convictions would be based, this proposal will entrench a self-perpetuating and reinforcing cycle of racial discrimination.