In essence, the bill places barriers in the way of those wronged by British military personnel seeking justice. 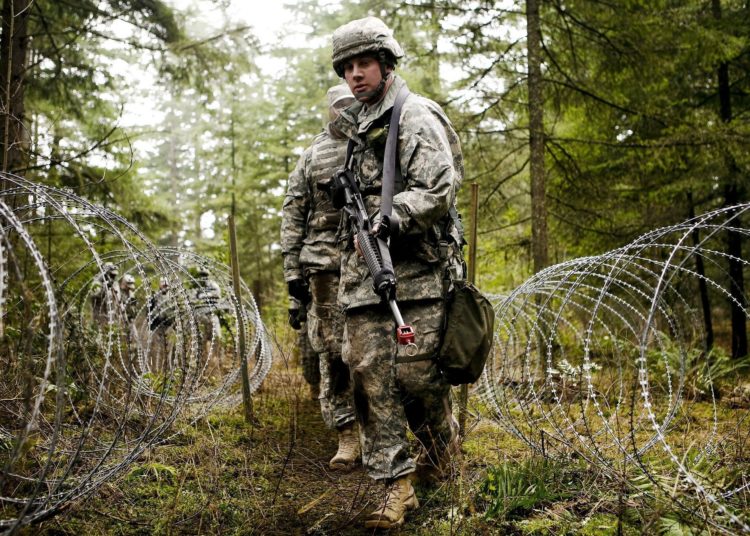 Soldiers overcome grueling test of skill to earn coveted Expert Field Medical Badge by The US Army is licensed under CC BY 2.0

“I love this country. I’m proud of this country. Of all it’s achieved, and all it will go on to achieve.” Labour leader Keir Starmer declares in a new video released on Wednesday. This statement is key to the opposition’s rebrand under its new leader, pushing its national pride to the fore whilst laying out a landscape of problems to be overcome.

This shift in tone also goes to explaining the controversy caused within the party at the whipping operation behind the new overseas operations (service and personnel) bill. The bill’s primary purpose is to protect soldiers from prosecution whilst on service overseas, by instituting a number of protections:

In essence, the bill places barriers in the way of those wronged by British military personnel seeking justice. It allows their efforts to be obstructed by the sitting government and makes it harder for them to secure a conviction if they manage to overcome these barriers.

Resolving these issues has long been on the government’s agenda, particularly since charges were brought against service members for their alleged involvement in crimes in Northern Ireland last year. In the 2019 Conservative manifesto, attention was drawn to legislation “to tackle the vexatious claims that undermine our Armed Forces”. The strength of the party’s commitment to the bill was shown by the government’s confidence in its passage, with several key members not turning up for the bill’s passage on Wednesday, including the prime minister, chancellor and health secretary.

With enough votes recorded for the bill’s passage, Starmer had whipped his MPs to abstain. Tactically this made sense: opposition to the bill would have been fruitless, and voting against “protections for troops” could be weaponised by the Conservatives against the leader of the opposition’s attempt to rehabilitate his party as patriotic.

This stance, however, was rejected by a significant group on Labour’s left, and 18 MPs voted against the bill, including former leader Jeremy Corbyn, and key allies John McDonnell, Dianne Abbott, Rebecca Long-Bailey and Ian Lavery. Three of these rebels – Nadia Whittome, Olivia Blake and Beth Winter – were serving as parliamentary private secretaries to members of Starmer’s team, and have subsequently lost their posts.

The three rebels have done little to stir controversy on the issue. Whittome commented to ITV’s Robert Peston that the decision of colleagues to abstain was “reasonable” and, in a statement put out on Twitter, reaffirmed her support for Starmer’s leadership and the party.

However, many on the party’s left have used the excuse to attack the leadership, with Diane Abbott releasing a tweet in support of the three, noting that their vote was “in line with Labour values”, and prominent activists such as Rachel Swindon and Liam Young have explicitly criticised Starmer for his decision.

Meanwhile, the Conservatives have still weaponised the politics of the bill’s passage. The party issued a tweet following the vote attacking Labour for refusing to back the armed forces, a message which was also passed on in email communications.

These events demonstrate yet again the strategy of the Starmer leadership. Whilst the bill has caused a stir on Twitter and on some online publications, news of it has not broken into the bulletins most-read by the British public: the BBC news front page and music radio news announcements. One of Starmer’s most significant breaks with his predecessor is de-emphasising the importance of Twitter, focusing his efforts on broadcast media instead. So far this has had favourable results, with his party levelling with the Tories in the polls, including on the crucial metric of ‘preferred prime minister’.

The long-term success of this strategy will be determined on two principle metrics. Firstly, whether the leader can contain the discontent on his party’s left to social media, or whether his internal opponents manage to get attention from the mainstream media in more significant rebellions. The other metric will be whether his more moderate stance, and divergence from the arguably more principle-based approach of the Corbyn era, manages to maintain the motivation in his party’s activist base. Labour’s left have lost their grip of the party machine and with it a great deal of their power, yet there is still considerable goodwill for them in the younger wings of the party. If these wings decide to openly challenge their leader, the Starmer project risks serious opposition.