You know something’s rotten in the state of Denmark when a Lord gets the same money for ‘signing in’ once, as a single person gets in a month on universal credit. 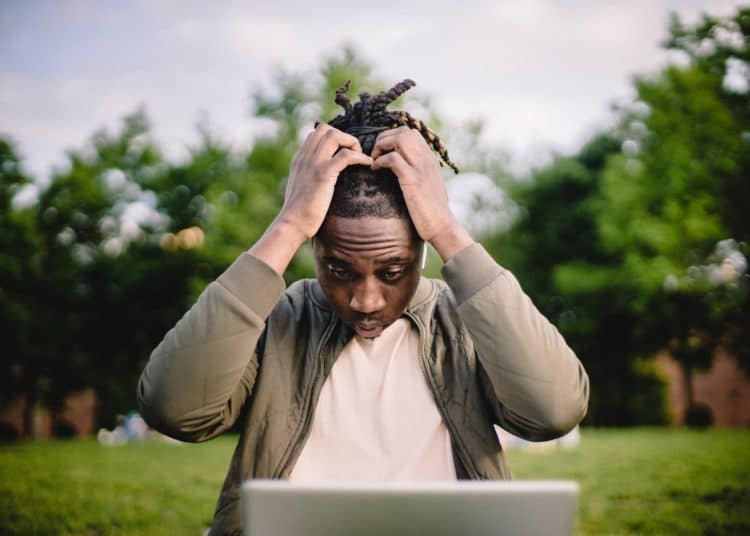 Photo by Ketut Subiyanto on Pexels.com

In four days, not counting their Lordships’ allowances, their sign-in takes nearly £1m from the public purse, which is filled by anyone paying tax. Broadly speaking, for signing in to the House just 12 times, a Lord takes as much as the person on universal credit receives over a whole year.

Those factoids may elicit as much as a brief ‘ooh’ at a pub quiz, or a disgusted snort from zero-hours workers and the unemployed in Barnsley or Hull on hearing the latest covid advice from No 10. While normally people often see the Lords as expensive and irrelevant, and the Home Counties as a place for the ‘posh’ and well-paid to live, covid has highlighted the chronic poverty underlying regional divides.

The last day in July was the day the vast north-south discrepancies were thrown into sharp relief, not by the prime minister announcing action to redress the divide, but by a slew of peerages for his Brexit chums. Imposing selective lockdowns just before Eid was yet another ‘dead cat’ that failed to disguise the problems for the north. Suffering the brunt of covid so far (outside London), the North has yet to enjoy the levelling up promised by the Conservatives during the election campaign.

The government’s discriminatory, contradictory and murky covid messaging rubs salt into already deep wounds. The PM refuses to even issue a simple, firm instruction that everyone (except those with medical conditions and young children), has to wear a mask or face-covering over their nose and mouth. The World Health Organization updated its advice and published a video on 19 June on how to wear different kinds of masks: homemade or fabric masks and, where appropriate, medical masks. In its Q&As it said that governments should encourage the public to wear a fabric mask. Medical evidence from across the globe shows this works: people follow the instructions, and suppression is proven.

Easily understood. Easy to do. But ministers seem deaf to the value and purpose of a clear, single message. It’s as if they are still bent on herd immunity (a strategy which they deny, of course). Ministers saying we can pop down the pub for a subsidised Boris burger, but can’t meet nana in her garden … but can meet nana in the pub (without a mask), gets the derision it deserves; especially from those vulnerable people whose self-isolation and shielding ended on 1 August.

The expert bodies advising the government have all stated that a consistent message is needed that respects and acts upon medical advice. This was echoed last week by those giving evidence to the all-party parliamentary group coronavirus inquiry, chaired by Layla Moran. The one-size-fits-all approach was rejected by Northern Ireland, Scotland and Wales and it is increasingly clear that advice must be sensitive not just to the Westminster bubble, but to the diverse cities, urban and rural communities around the country. Covid has magnified and brought the stark reality of north-south inequality to the fore; it is the lens through which the contradictory covid messages must be seen.

The Covid Symptom study for July revealed that the ten regions that continue to have the highest number of symptomatic cases are all in the north. Wigan and Wakefield edged out Wrexham and Neath Port Talbot last week. None of those regions could be considered to be on a par with affluent southern regions. But politicians alert to adverse electoral boundary changes seem blind to the general lack of real understanding of the lives of people in red wall seats and across the north.

Without this basic understanding, it is unrealistic to expect people with ungenerous holiday provisions to follow the new rules on post-holiday self-isolation and going back to school. Foreign Minister Dominic Raab, in an interview on Sky’s Sophie Ridge, insisted that people cannot be penalised by their employer for not self-quarantining for 14 days (or ten for Spain) after arriving back in the UK from a holiday in a covid hot-spot (none of which seem to have as high a rate of covid cases as here).

But nothing stops employers taking it upon themselves to penalise employees who do follow the quarantine rules, treating that as an unauthorised absence. This could result in employees not being paid and potentially facing disciplinary action. Paying self-isolating employees is a purely voluntary and discretionary matter for individual employers. Employees can also be pushed into taking their quarantine as annual leave (assuming they have any left), unpaid leave, or be put temporarily back on furlough – if available. The TUC have said that most individual contracts would not oblige the employer to pay their self-isolating worker, although some contracts might. Anyone who has worked less than two years for an employer is unlikely to be able to claim for unfair dismissal.

While the Department for Transport suggested employers need to be “understanding” if employees return from Spain and go into self-isolation, No 10 said anyone needing urgent support may be entitled to employment support allowance (ESA), or universal credit instead. Meanwhile, the Department for Work and Pensions said covid symptomatics, or anyone advised to self-isolate in line with government guidelines, could only claim ESA if they met other eligibility criteria, including being under state pension age and having paid enough in national insurance contributions over the last two to three years or, failing that, having savings and investments under £16,000.

Although ESA isn’t usually paid for the first seven days but those self-isolating owing to covid symptoms are entitled to get ESA from day one and be paid fortnightly. Universal Credit normally takes five weeks to access and similar eligibility criteria have to be met, although you can apply for an advance. If you are eligible for higher housing benefit or a temporary council tax reduction, a simultaneous claim for universal credit could end entitlements to some other benefits and tax credits. And as for statutory sick pay, you’re only entitled to it if you have symptoms and if you can’t work from home. But you can’t get statutory sick pay if you’re self-isolating after entering or returning to the UK and do not need to self-isolate for any other reason, according to the government’s website.

So that’s as clear as mud. Self-isolate for 14 days, or ten, when returning from a country not on the Foreign Office’s list of the exempt countries. Do not leave home. Do not go to work, school or shopping. You can be fined for not self-isolating. Curtain-twitchers may well rat on anyone on zero-hours contracts hopping off to work through necessity. Enforcing fines seems unlikely.

So should anyone be surprised if very few people anywhere follow these confusing rules that seem disproportionately to impact those in poorer areas, especially in the north? The north seems as invisible to the prime minister as Northern Ireland. ‘The north’ moreover is too often depicted as little more than a sludgy homogeneous amalgam of quaint coalminers’ houses, defunct industries and no-but-yeh-but Vickies dragging an amorphous string of kids by different fathers around grimy streets of pseudo-romanticised soaps.

Which makes me wonder, what if Emmerdale decamped for a demo outside No 10? What if Emmerdale got wise to the erosion of democracy and yawning poverty before our eyes? What if their Lordships and the covid inquiry went to Emmerdale on a fact-finding mission about following government missives on covid? Now that’s an idea…