The more we’ve learned about how Covid-19 spreads, the more it makes sense to wear a proper FFP2 mask. And with new more contagious variants appearing, it’s crucial that we take better steps to protect ourselves. 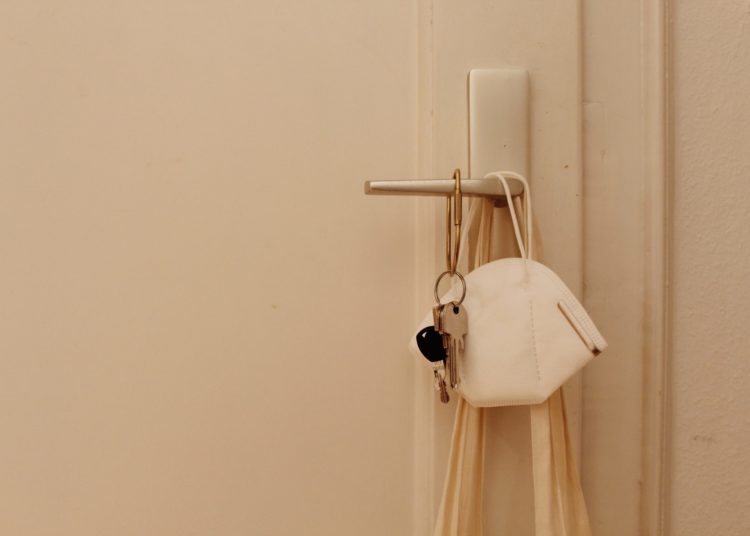 Photo by Silke on Unsplash

Do you know where your postcode starts and ends? Would you be able to stop your children from cycling across it? Or nipping across it to retrieve a football? Or fetching their pet dog’s ball?  And yet, with the postcode lockdown to combat the South African covid variant, we seem to be working on the assumption that, unlike ourselves, covid particles recognise and are held back by British postcode boundaries.

Granted, it is a way to start door-to-door track and trace and it makes good soundbites. But it creates a false sense of security in the face of a freely spreading and potentially mutating virus. Nor can we rely on vaccination as the way out of the crisis. It is no good bragging about eight million Brits having had a ‘vaccination’ when vaccination requires you to have two jabs before you can be considered as inoculated against the virus. One jab is just the first step.

While it is a huge tribute to the NHS that they are managing this so well, it will be quite some time before we’re all safe, if indeed that ever happens. Plus, while testing sewage as a means of identifying and controlling spread is a good idea (copied from the French), Thames Water is meanwhile discharging untreated sewage into rivers. Other lessons have also not been learned: New Zealand, Israel and Denmark locked down fast and hard and France has just closed its borders to most travellers from non-EU countries, including the UK, while we ourselves have suffered from delayed lockdowns and still porous borders.

All is not lost, however. While we wait for government and public health initiatives to take effect, there is one highly effective measure we can take as individuals, which is to change our mask-wearing habits.

At the very least, we should be wearing a three-layer fabric mask with a tissue insert. However, ideally, what we should really all be wearing is the type of mask meeting a standard described as ‘FFP2’. These masks differ from what we are used to. While regular one or two-layer cloth masks, and home-made ones, prevent the droplets in our breath from hitting other people, FFP2 masks make it much harder for the virus to be breathed in and so protect the wearer much better. Germany and Austria have already made these mandatory in certain public settings, such as supermarkets and public transport, with Germany even giving over 60s three free masks and discounts on new ones.

The more we’ve learned about how Covid-19 spreads, the more this makes sense, and with new more contagious variants appearing, it’s crucial that we take better steps to protect ourselves. If you think about walking outside on a frosty morning, you can see your breath on the air. Imagine the trails of breath left by someone coughing or jogging past you. We’ve all seen the puffs of air as footballers and rugby players rush across the field. We’ve all watched our own breath mingling with others as we chat in the cold. Children love to blow breath trails. And who remembers smokers blowing smoke circles in the air? If you can smell the cranberry and cinnamon vape indoors or outdoors, you are breathing in droplets and aerosols potentially laden with covid. That’s the way to think about how the new variants can spin around out of control and why we must act and wear better masks.

There is a problem, however: FFP2 masks are more expensive, and often only for a single use of up to eight hours before we have to bag them and dispose of them in a bin. But public health is at risk unless everyone wears them outdoors on the street, in shops and on public transport.

It would make sense for the government to issue these masks immediately, at least to all health and social care workers in the community, and all essential workers including shelf stackers, check-out staff and delivery people. But in addition, it would be safer for everyone if we all masked up properly outdoors, no matter what we are out for. Putting on an FFP2 mask would be a small ask of joggers, for example, and anyone out exercising, to help cut the potentially covid-laden aerosols anyone downstream of them has to breathe in.

We are in a situation where countries continue to struggle with hospitalisations and deaths. In the last few days, for example, Germany has sent doctors and ventilators to assist Portugal, the country with the highest seven-day average of cases in the EU. In Slovakia, mass testing has been so demanding on health resources that the government has been urged to focus it instead on high risk areas. New variants are emerging and governments are scared. In the race against time to control the virus and its mutations while vaccines are rolled out (unequally, even in Europe at the moment), we can do better here than wait for three weeks for the ‘locked-down’ postcodes to reveal just how contagious the South African, Brazilian and Kent variants are.

The simple action, which is in our own hands, is to properly mask up.