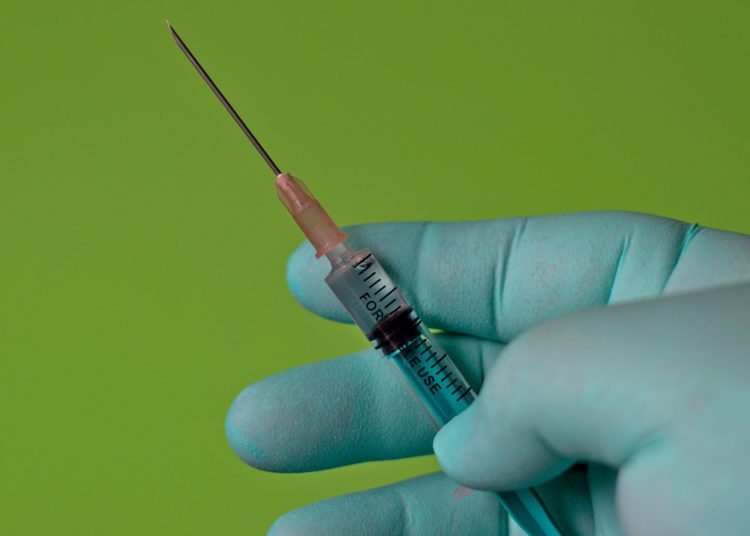 While the covid vaccine offers a beacon of hope to many, the uptake amongst minority ethnic groups is worryingly low. This disparity between white and non-white people keenly reflects the trend of inequity seen throughout healthcare. ‘Vaccine hesitancy’ is often cited as the underlying cause behind this low uptake – however, a legacy of historical bias and mistreatment of such communities is perhaps at the root of the issue.

In the wake of a devastating global pandemic, there finally appears to be what is being seen by many as a beacon of hope. The Covid-19 vaccine has already been administered to 44.5 million adults across the country, in the largest inoculation programme the UK has ever launched.

Whilst the rollout of the vaccine certainly does, for the most part, represent a step towards normality, for some groups this is simply not the case. It is a disturbing but well established truth that individuals from minority ethnic backgrounds in the UK are more likely to have worse health outcomes than their white counterparts in practically all facets of healthcare.

This fact is echoed yet again in the distribution of the vaccine – despite the fact that minority ethnic individuals are more likely to die from Covid-19, they are one of the groups struggling to access the vaccine the most. For example, in February of 2021 black people over the age of 80 were half as likely to have had the vaccine compared to white people in this age group.

Since its conception 30 years ago, the term ‘inverse care law’ has become a recognised phenomenon within the NHS, stating that those most in need of healthcare are the same people that are least likely to have access to it.

The myriad of structurally entrenched factors within healthcare and wider society which contribute to this drastic inequity are far too numerous for the scope of this article, however there are some important concepts to consider when examining the disparity between the effects of Covid-19 on minority ethnic populations versus their uptake of the vaccine.

Where does vaccine hesitancy come from?

Many political and healthcare experts cite hesitancy and unfounded mistrust as a primary reason for the low uptake seen amongst these communities. However, assessing this claim more closely reveals that this is likely not the case. Historically, minority ethnic individuals – particularly those of black African and Caribbean descent – have faced appalling institutional racism within the healthcare sector.

There are numerous examples across the UK and internationally of the systemic abuse faced by minority ethnic people – the classic example being healthcare professionals withholding analgesia from black people experiencing the same severity of pain as white people.

Even more disturbing is the legacy of James Marion Sims, referred to as the ‘father of modern gynaecology’ who in actual fact performed procedures and research akin to torture on black slaves in the 19th century.

Further examples of this historical abuse at the hands of healthcare systems include the Tuskegee Syphilis Study. Hundreds of Black American men were denied treatment for syphilis despite penicillin being widely available and commonly used to treat the disease, to allow researchers to study the natural history of the illness.

Another notable example is that of Henrietta Lacks, a young black woman whose cancerous cells were harvested and stored without her knowledge or consent. Decades later, and after her death in 1951, Henrietta’s cells – known as HeLa cells – are used widely across the scientific world in research due to their ‘immortal’ nature. Henrietta died never knowing any of this information.

Bearing in mind this brutal and largely ignored history, is it not surprising that research has shown a lower overall satisfaction rate amongst minority ethnic people accessing healthcare services. So rather than an unfounded mistrust, a history of mistreatment and cruelty towards ethnic minority groups is more likely the root of this issue.

Institutional racism goes beyond the realm of healthcare

This systemic racism within the UK is not limited to healthcare, but is also seen politically and socially; notably during the ‘Windrush Scandal’ which saw hundreds of black Britons wrongly detained, deported, and denied basic human rights.

The occurrence of such events is enough to understand the collective mistrust many ethnic minority individuals may feel towards the British government, but the refusal of this government to accept the reality – referring instead to the UK as a ‘model for other white-majority countries’ – is sure to only make matters worse.

The recent government report on racism in the UK, in which this claim was made, has been heavily criticised for failing to understand and acknowledge the difficulties faced daily by non-white Britons. When the dominant voices in the discussion around racial inequity seek to gloss over what is for many a lifelong battle against institutional and personal experiences of discrimination, it is easy to understand why mistrust, and even fear, may be prominent emotions among ethnic minorities in the UK.

What can be done?

An overreliance on the narrative that ethnic minority groups are ‘hesitant to have’ or ‘mistrustful of’ the vaccine, without more a more thorough examination of the truth behind these claims, risks conflating the issues and widening the gap in access to the vaccine.

Rather than financing high profile ad campaigns featuring minority ethnic celebrities urging others in this demographic to have the vaccine, perhaps our government should be investing in the education and utilisation of a more diverse group of professionals at every stage of vaccine development and delivery to ensure fairer representation, and so encourage an increased uptake.

The UK government – spearheaded by majority white politicians, must acknowledge their historic role in propagating the ingrained racism within every facet of this country’s infrastructure and work proactively towards changing this.